July 21: The Feast Day of Saint Lawrence of Brindisi

Saint Lawrence of Brindisi is one of them. 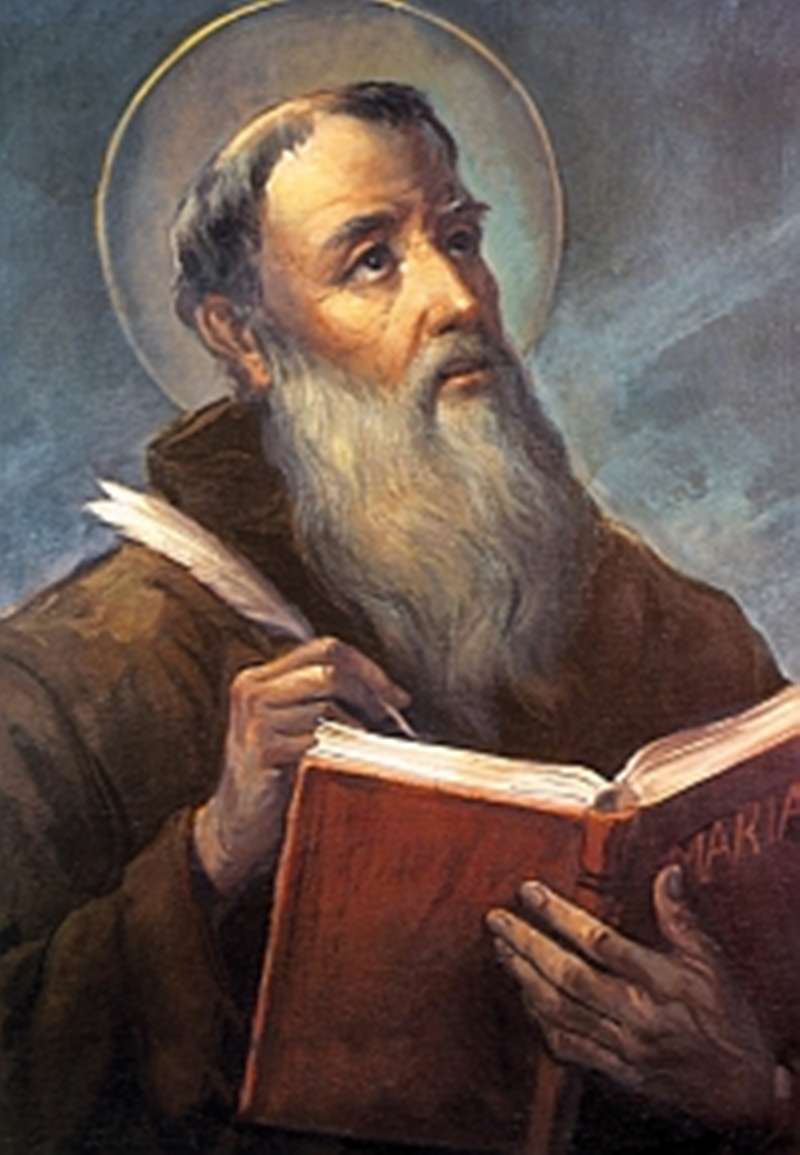 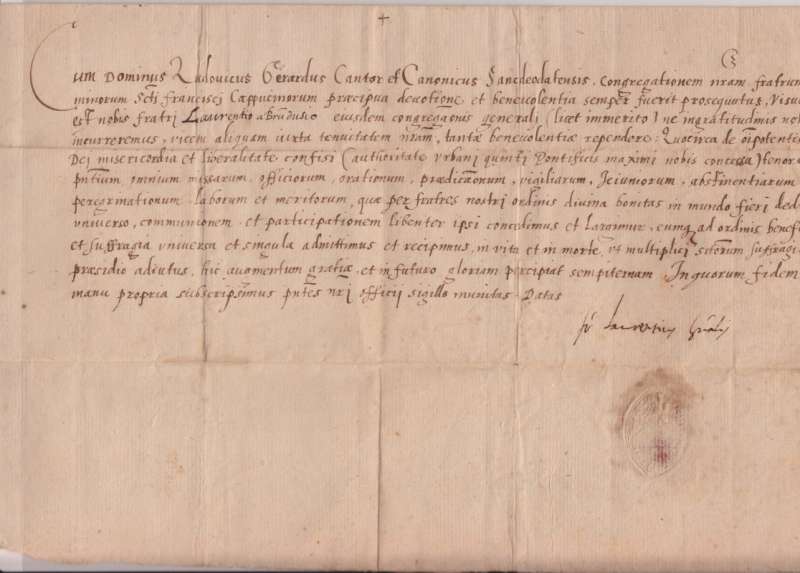 The artifact presented here is a document signed by St. Lawrence of Brindisi (Giulio Cesare Russo). It is undated.

“God is love, and all his operations proceed from love. Once he wills to manifest that goodness by sharing his love outside himself, then the Incarnation becomes the supreme manifestation of his goodness and love and glory. So, Christ was intended before all other creatures and for his own sake. For him all things were created and to him all things must be subject, and God loves all creatures in and because of Christ. Christ is the first-born of every creature, and the whole of humanity as well as the created world finds its foundation and meaning in him. Moreover, this would have been the case even if Adam had not sinned” –Lawrence of Brindisi

Amid so many various undertakings Lorenzo found time for the practices of personal sanctification. And it is perhaps the greatest marvel of his life to have combined with duties so manifold an unusually intense inner life. In the practice of the religious virtues St. Lorenzo equals the greatest saints. He had to a high degree the gift of contemplation, and very rarely celebrated Holy Mass without falling into ecstasies. After the Holy Sacrifice, his great devotion was the Rosary and the Office of the Blessed Virgin. As in the case of St. Francis of Assisi, there was something poetical about his piety, which often burst forth into canticles to the Blessed Virgin. It was in Mary’s name that he worked his miracles, and his favorite blessing was: “Nos cum prole pia benedicat Virgo Maria.” Having withdrawn to the monastery of Caserta in 1618, Lorenzo was hoping to enjoy a few days of seclusion, when he was requested by the leading men of Naples to go to Spain and apprise Philip III of the conduct of Viceroy Ossuna. In spite of many obstacles raised by the latter, the saint sailed from Genoa and carried out his mission successfully. But the fatigues of the journey exhausted his feeble strength. He was unable to travel homeward, and after a few days of great suffering died at Lisbon in the native land of St. Anthony (22 July, 1619), as he had predicted when he set out on his journey. He was buried in the cemetery of the Poor Clares of Villafranca.

Papal Artifacts honors his memory on this, his feast day.

The YouTube is a Prayer for Priests from St. Lawrence of Brindisi