I have promised God that until my last breath I shall have lived for my poor young people..  I study for you, I work for you, I am also ready to give my life for you.  Take note that whatever I am, I have been so entirely for you.  —St. John Bosco 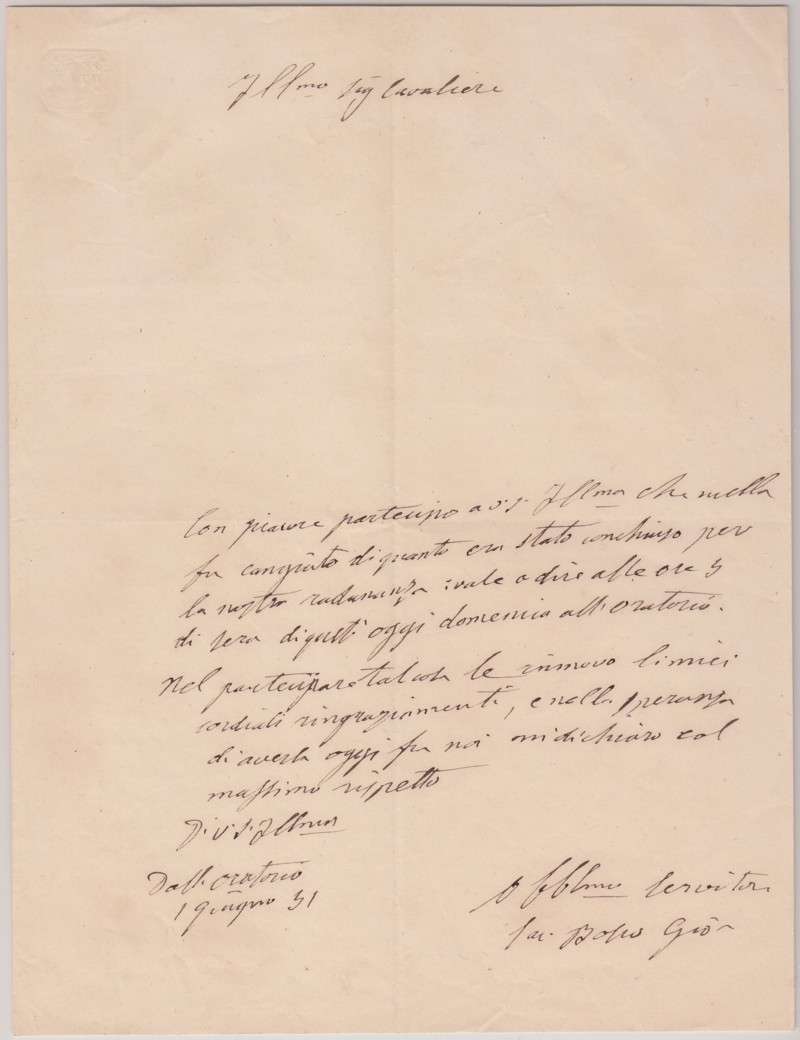 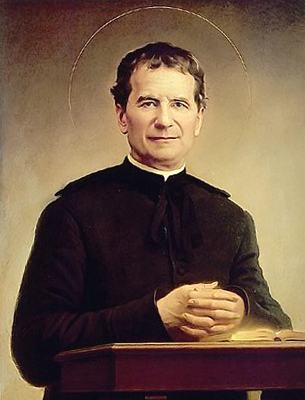 Father Kunst has a deep devotion to the saints as can be readily seen in viewing the Saints & Blesseds section of this site. We invite you to visit Papal History/Saints & Blesseds to view the many canonized and beatified men and women who make up this section of the Collection.  Saint John Bosco is one of them.

The artifact presented here is a letter written by St. John Bosco, completely in his own hand. It is in regard to an appointment with a benefactor of his that will take place later in the day. This is the rough translation:

I have the pleasure to inform you that nothing was changed (from) what was agreed upon (regarding) our meeting. (That means it will be) at 5:00 in the evening today, Sunday, at the Oratory. In the meantime I give my hearty thanks in the hope to have you with us today. I declare (I am) your humble servant.

Giovanni had a vision, while still a child, in which he saw himself bringing poor boys like himself to God with love and never with physical violence or verbal abuse.

It is significant that Don Bosco and members of his order labored in an anticlerical, nineteenth-century Italy, and the king himself was one of his humble supporters.

Papal Artifacts honors the life and work of this great saint and celebrates his feast today.

Da Mihi Animas: Give Me Life