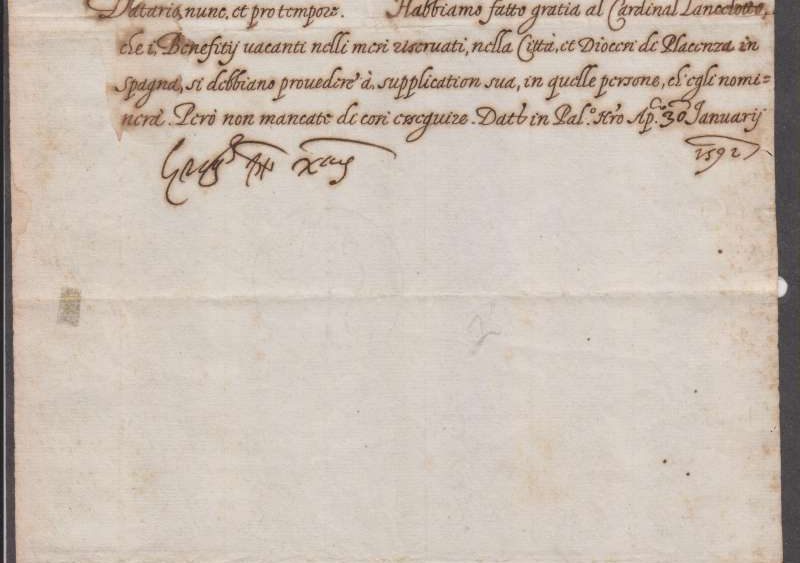 This is an untranslated 8 X 11 papal letter assuring Cardinal Lancelotti that all vacant posts in the city and dioceses of Piacenza will be filled by the persons suggested by Pope Gregory XIV.

The letter is in very good condition with some minor folds and toning due to age.

Any item signed by this pope is a legendary rarity due to the short duration of his reign. 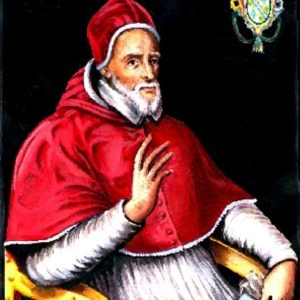 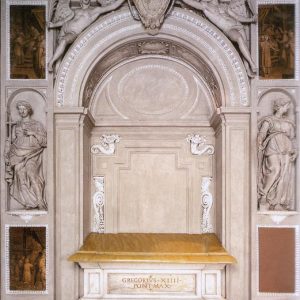 Niccolo Sfondrati was born near Milan on February 11, 1535, the son of a Milanese senator whose mother died in childbirth. Upon her death, the senator became a cardinal and was himself considered a possible choice for the papacy during the conclave of 1550. Niccolo studied law at Perugia and Padua and then entered the service of St. Charles Borromeo. In fact, he presided at Mass when Borromeo died. He was also a great friend of (Saint) Phillip Neri and tried to model his own life after this pious man.

Gregory XIV, though ill at ease in political affairs, was interested in all types of reform projects. He created five cardinals, approved religious congregations, forbade under pain of excommunication all bets concerning the election of a pope and ordered reparation to be made to the Indians of the Philippines by their conquerors and commanded anyone enslaved there to be set free under pain of excommunication. He appointed commissions to continue the revision of the breviary and the Sistine Bible.