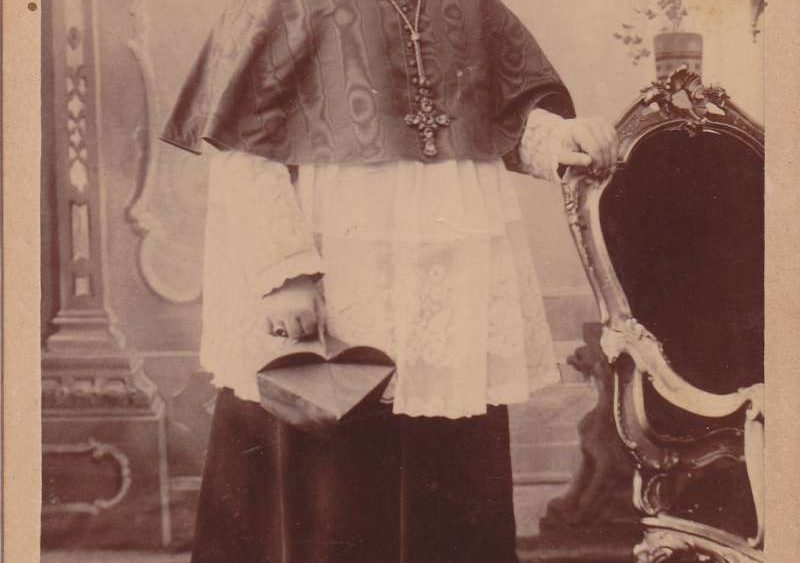 This item is an autographed photo of Pius X as a cardinal. He was Giuseppe Sarto. He is standing in his cardinal vestments with his hand on the throne and his biretta in his other hand.

I’ve been collecting papal items for the better half of twenty years, and I’ve never once seen anything remotely close to this in that amount of time. To have an autographed photo of Pius X prior to his election? It’s one of those items I hold, and I just tremble to think that I have something so unique and so rare.