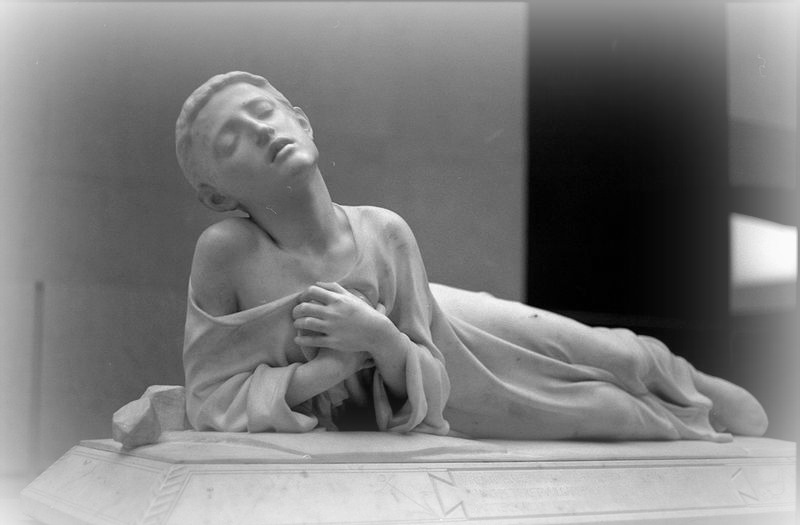 Forgotten Saint’s Story Shows How We Should Love the Eucharist: Fr. Richard Kunst

Those who have been following my columns over the years have likely noticed my affection for the saints. Often in these columns I have explored anew the stories of some of the more popular saints that many of us as least know of by name.

The true love of my own personal spirituality, however, is not the saints; it is Christ’s presence in the Blessed Sacrament. It is the Eucharist that led me to the priesthood. Yet the saints and the Eucharist are almost always intertwined, because as far as I know every canonized saint in church history also had a deep love for Christ in the consecrated host.

In the depths of winter we are a long way from August, when the feast day of a less familiar saint occurs that I would like to expose to our readers. Though not on the church’s liturgical calendar, Aug. 15 is the feast day of the largely unknown St. Tarsicius, a favorite of one of my brother priests in the diocese.

Tarsicius’ story is very ancient — a martyr whose death likely happened during one of the persecutions between the middle of the third century and the beginning of the fourth. His story was popularized by the writing of the fourth century Pope St. Damasus, who wrote a poem in his honor, comparing him to the first martyr, St. Stephen.

According to the story from St. Damasus, Tarsicius was charged with bringing the Eucharist to the sick and prisoners when he was confronted by a group of pagans on the famous Appian Way in Rome. The group of pagans, suspecting that Tarsicius might be a Christian, demanded to see what he was carrying in his pack.

According to Butler’s “Lives of the Saints,” he “thought it shameful to cast pearls before swine,” so they beat him with rocks and sticks until he was dead. According to Damasus, he preferred to die rather “than surrender the Sacred Body of Christ to the raging dogs.” When they turned his body over to finally see what he was carrying, all traces of the Eucharist were gone.

That is about all we know of this saint of the Blessed Sacrament. We know nothing more of his story or his personality. But we do know that there was a great devotion to him in the early church, which has faded with time.

There is some sense that he was a deacon, since distributing the Eucharist would have been one of the diaconal duties at the time. But later, he was portrayed as a much younger acolyte (an officially installed altar server), so he is often portrayed as being quite young. There is a great statue of him in the church of St. Lawrence Outside the Walls in Rome portraying him as such.

In the 19th century, the famed English churchman Cardinal Wiseman wrote a novel called “Fabiola” that portrays Tarsicius as a young “boy martyr of the Eucharist,” which led to the saint’s growth in popularity once again and made him the patron saint of altar servers and first communicants.

Tarsicius made the news again in recent years when Pope Benedict XVI spoke about him in his weekly catechesis in August 2010, when more than 50,000 altar servers throughout Europe were in attendance. Pope Benedict said, “St. Tarcisius’ testimony, as well as this beautiful tradition, teach us the profound love and great veneration that we should have for the Eucharist.”

He went on to explain what happened to the Eucharist after Tarcisius died: “The Blessed Sacrament was not to be found on St. Tarcisius’ body, either in his hands or among his clothing …. The consecrated host, which the young martyr defended with his life, had become flesh of his flesh, thereby forming with his body one single, immaculate host as an offering to God.”

What Pope Benedict XVI said became of the Eucharist upon the death of the young saint is actually what happens to each of us after we receive Communion. Christ becomes flesh of our flesh when we consume him, and we become walking tabernacles. May the example of St. Tarcisius lead our young people, and indeed all people, to have a greater love for Christ in the Blessed Sacrament. And may his story become more widely known!

St. Tarcisius pray for us!