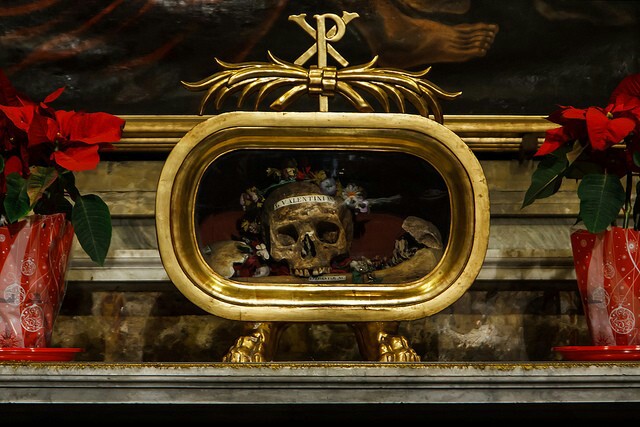 February 14th: Celebrating St. Valentine’s Day with a Commentary from the Curator 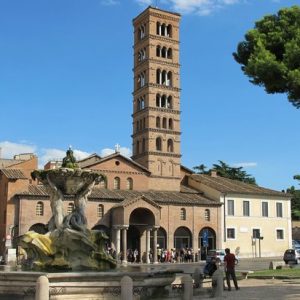 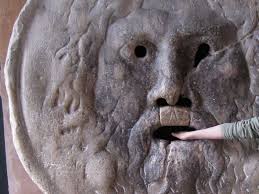 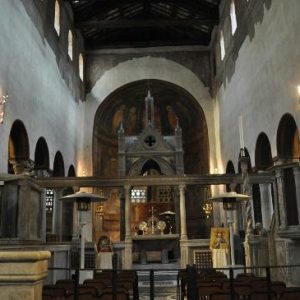 I generally utilize all my vacation time leading small private tours to Rome.  Although I enjoy it because I love the Eternal City, and because I love to see people bewildered by the beauty of the city, it is indeed work for me.  We have long days with little sleep, and I am on the clock, bringing people around and explaining to them what they are seeing.  When leading these tours I generally stick to the same routes and sites, but from time to time I will venture to places that are less familiar, and I did just that during my most recent tour.

We had one pope by the name of Valentine who reigned for 40 days in 827 AD, but he is not a saint, so the holiday cannot be named for him.  There are three other options in the official list of saints, which is called “Martyrologies.”  One of the early lists of martyologies has three different saints named Valentine; all of them are celebrated on February 14th.  But any information about them is scant at best.  One was a priest who lived in Rome.  Another was a bishop who was in a place called Interamna.  Both of these Saint Valentines died martyrs’ deaths in the third century.  On the same date is another martyred Valentine who was killed for the faith in Africa, also from the third century.  That is all we know about them.  They are examples of saints who have been lost to history and who undoubtedly lived holy lives and sacrificed themselves for the faith to the point of death.  Because of the lack of record keeping we know nothing more of the three St. Valentines who just so happen to all share the same feast day of February 14th.  In other words, I have no idea whose skull I was actually looking at in the church of Santa Maria in Cosmedin!