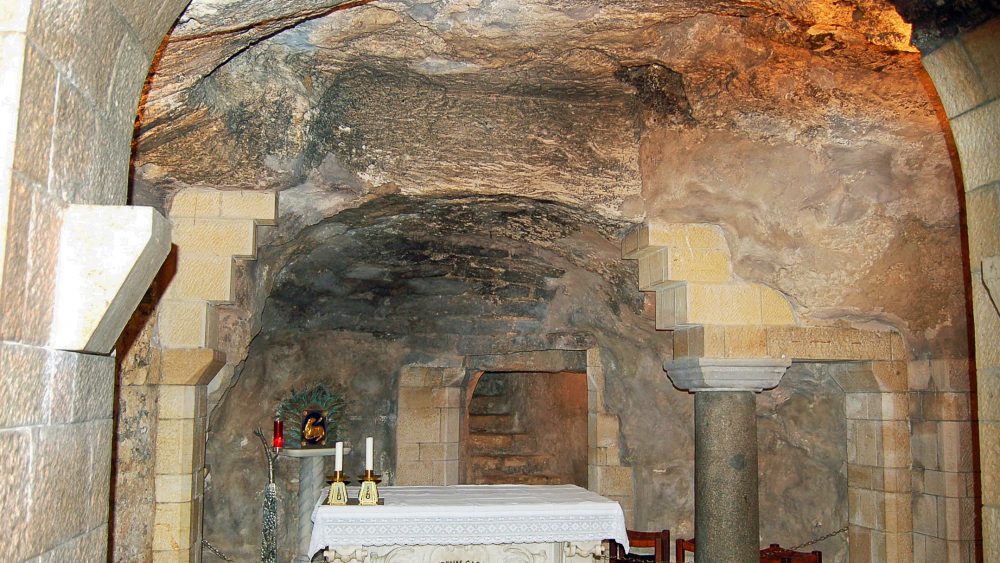 December 18: The 4th Sunday of Advent: A Commentary from Fr. Richard Kunst

In my years of priesthood I have been blessed to celebrate Mass in many important holy places. I have said Mass near the tombs of Saints Peter and Paul and in the room where St. Catherine of Sienna died. I have prayed Mass at the tomb of Jesus in Jerusalem, near the cave where he was born in Bethlehem, not to mention in Fatima, Portugal, Lourdes, France and various churches in Duluth, including, presently, St. Elizabeth and St. James where I am the pastor.

This is our Christian faith. This is the faith that we hold to be true as inspired by God in this beautiful and most solemn feast day that we will celebrate in March, but, indeed, today as well.

26 In the sixth month of Elizabeth’s pregnancy, God sent the angel Gabriel to Nazareth, a town in Galilee, 27 to a virgin pledged to be married to a man named Joseph, a descendant of David. The virgin’s name was Mary. 28 The angel went to her and said, “Greetings, you who are highly favored! The Lord is with you.”

29 Mary was greatly troubled at his words and wondered what kind of greeting this might be. 30 But the angel said to her, “Do not be afraid, Mary; you have found favor with God. 31 You will conceive and give birth to a son, and you are to call him Jesus. 32 He will be great and will be called the Son of the Most High. The Lord God will give him the throne of his father David, 33 and he will reign over Jacob’s descendants forever; his kingdom will never end.”

35 The angel answered, “The Holy Spirit will come on you, and the power of the Most High will overshadow you. So the holy one to be born will be called[a] the Son of God. 36 Even Elizabeth your relative is going to have a child in her old age, and she who was said to be unable to conceive is in her sixth month. 37 For no word from God will ever fail.”

38 “I am the Lord’s servant,” Mary answered. “May your word to me be fulfilled.” Then the angel left her. 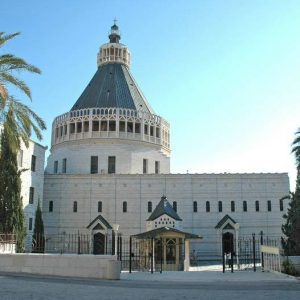 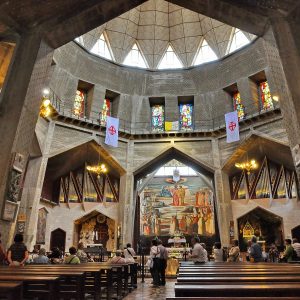 Basilica of the Annunciation, Interior 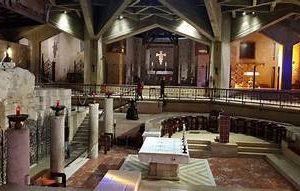 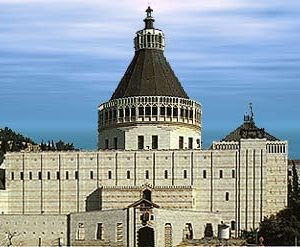 Now the birth of Jesus the Messiah took place in this way. When his mother Mary had been engaged to Joseph, but before they lived together, she was found to be pregnant from the Holy Spirit. 19 Her husband Joseph, being a righteous man and unwilling to expose her to public disgrace, planned to divorce her quietly. 20 But just when he had resolved to do this, an angel of the Lord appeared to him in a dream and said, “Joseph, son of David, do not be afraid to take Mary as your wife, for the child conceived in her is from the Holy Spirit. 21 She will bear a son, and you are to name him Jesus, for he will save his people from their sins.” 22 All this took place to fulfill what had been spoken by the Lord through the prophet:

23 “Look, the virgin shall become pregnant and give birth to a son,
and they shall name him Emmanuel,”

which means, “God is with us.” 24 When Joseph awoke from sleep, he did as the angel of the Lord commanded him; he took her as his wife into his home.