Blog
Papal Artifacts / Uncategorized / Count Down to a Centenary
May 18 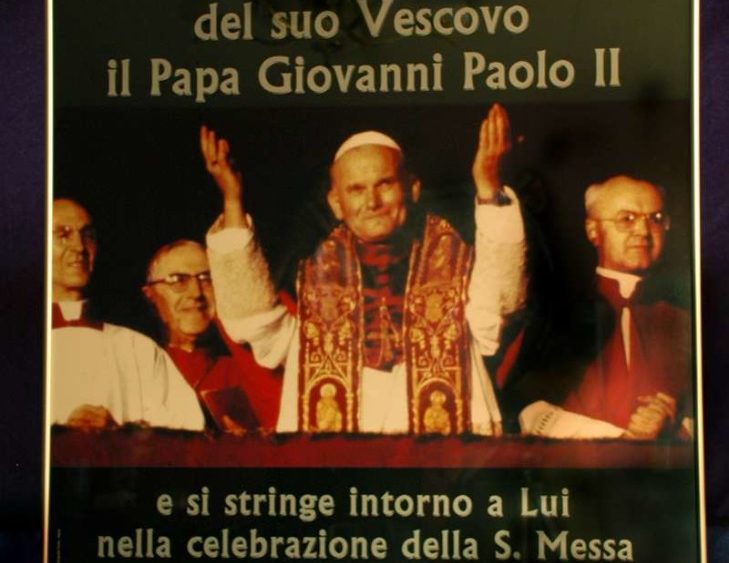 Count Down to a Centenary

The featured image is poster hung in Rome while Pope John Paul II was celebrating the silver anniversary of his pontificate on October 16th, 2003. This particular poster was hanging on the outside of the Church of St. Agnes in Agony in Piazza Navona, in Rome.

The countdown for John Paul II’s centenary has already begun and the people in Poland are eager to celebrate it.

The story began 99 years ago at this place, Wadowice. It is here where Karol Wojtyla was born.

He did not have an easy life. At the age of 19 he had to work at as a stone-cutter in a quarry, whilst avoid being deported to Germany.

When he was 22 years old he entered the bishop of Krakow’s clandestine seminary to prepare secretly for priesthood.

JOHN PAUL II
“This experience as a worker and at the same time as a clandestine seminarian has accompanied me throughout my whole life. In the factory, for my eight-hour shift, day or night, I would take some books with me. My fellow workers were a little surprised, but they were not scandalized.”

Pius XII appointed him bishop in 1958, and in 1967, Paul VI made him cardinal. In 1978, after two days in the conclave, he was elected as a successor of St. Peter. He decided to to take the name John Paul II.

His pontificate lasted 26 years and 5 months, the third longest after that of Pius IX and St. Peter.

His first words, “Do not be afraid” provoked a flood of enthusiasm that culminated in the fall of totalitarian Communism in Eastern Europe.

During his pontificate, he visited 129 countries spanning 104 trips. In each place wherever he went he touched the hearts of millions of people.

On the occasion of his anniversary, publications and congresses are being prepared. The Polish bishops have asked for people to be creative in order to celebrate the messages and life of the first Polish pope in history.