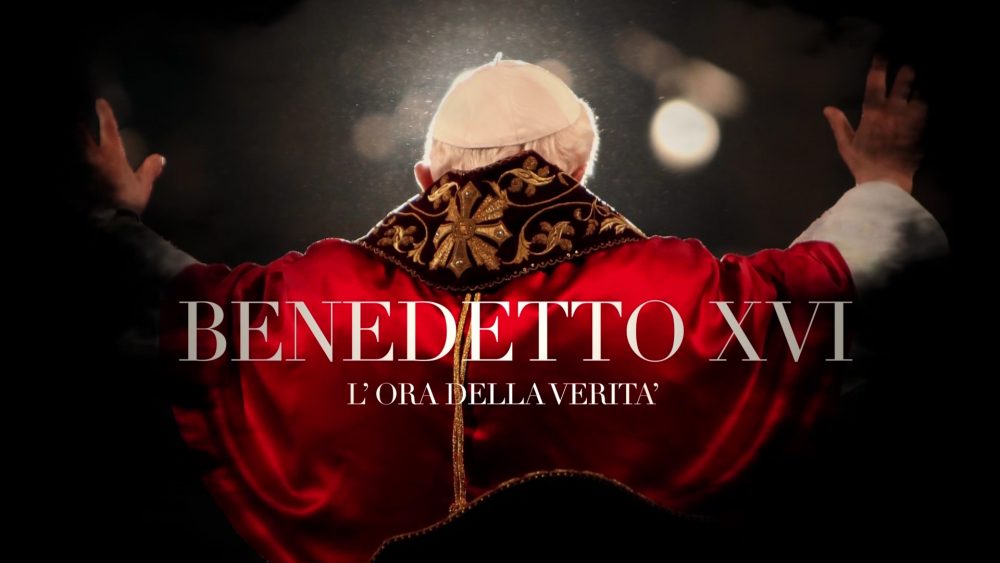 “Benedict XVI, in Honor of the Truth” Wins the Capax Dei Prize

One of the most important film events in the Catholic Church, Mirabile Dictu International Festival, has awarded “Benedict XVI, in honor of the truth” the ‘Capax Dei’ prize as the best production of 2018.

This documentary by Rome Reports analyzes the resignation of Benedict XVI. It’s a reality that hadn’t happened in the Church for seven centuries.

Key data to understanding this historic decision is shared by men such as Georg Ratzinger, Benedict’s brother; his former secretary Stephan Horn; and the former Vatican spokesperson, Federico Lombardi.

FR. FEDERICO LOMBARDI
Former Vatican Spokesman
“He couldn’t do almost anything expected of a pope. He could not travel, he could not preside over public celebrations… “

The documentary was presented at the Vatican Film Library, with the prefect of the Pontifical Household and Benedict XVI’s close collaborator, Georg Ganswein, in attendance.

The film has also been screened at official events in New York, Santo Domingo and Havana; and it has aired on televisions in 11 countries.

“Benedict XVI, in honor of the truth” is a Rome Reports production in collaboration with the Ratzinger Foundation and TV2000. It was also sponsored by the Dr. Ramon Tallaj Foundation.