August 11, 1492: The Election of Pope Alexander VI, the Borgia Pope 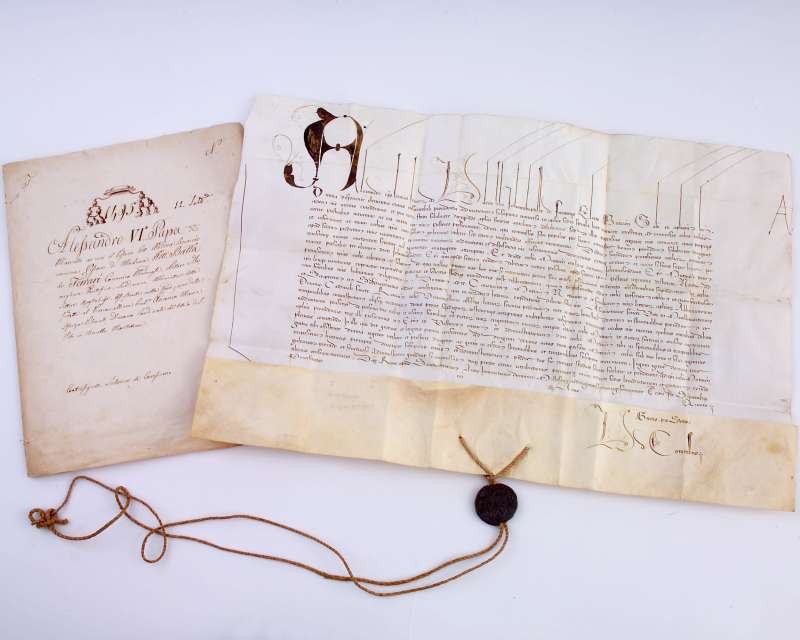 The artifact presented here is an untranslated bull, dated 1495. The envelope is fairly fancy in and of itself and the document is made of parchment. The thread used is twine, signifying a document of lesser importance. It was addressed to a bishop.

This document is significant because it comes from the most notorious pope in at least 500, if not 1000, years. Although Pope Alexander VI was a talented, generous and wise patron of the arts, his personal life was highly immoral.

A papal bull is the particular type of letter issued by a pope that is authenticated by the  bulla , the lead seal, appended to the end of it. This name was used for any document that contained a metal seal of this sort.

One interesting fact about this Pope is that with the first gold from the New World conquests he decorated the ceiling of St. Mary Major.  (Shown below)

In preparation for the Jubilee Year of 1500 came the creation of a special Holy Door in St. Peter’s, a tradition that continues to the present time. He was a lover of pomp and circumstance and it is interesting that this pope who in his personal life was thought so devoid of moral character, was a stickler for orthodoxy in ceremony, insisting on absolute decorum and correctness in all the liturgical festivities of the Holy Year.  (Holy Door shown below)

Alexander VI died in August of 1503 after dining at the home of a cardinal in what appears to have been poisoning. Caesare, his son, survived the ordeal but the Pope succumbed and was buried during the heat of that August in unceremonious conditions.

Thus ended the reign of probably the most notorious pope in church history.

Visit Papal History/Alexander VI for further information about this Pope. 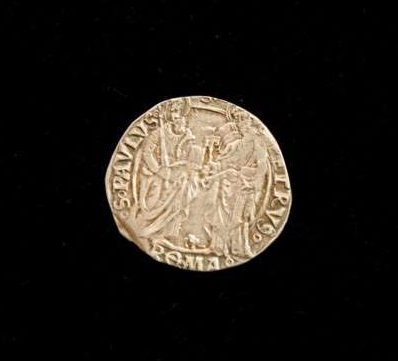 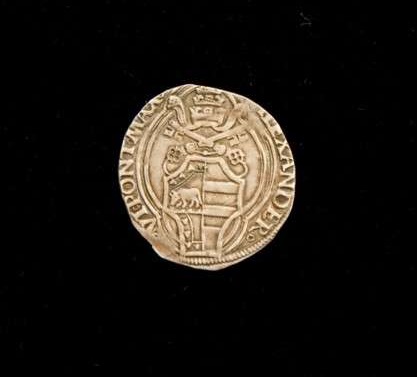 The silver coin has his coat of arms on one side and images of Saints Peter and Paul on the other. 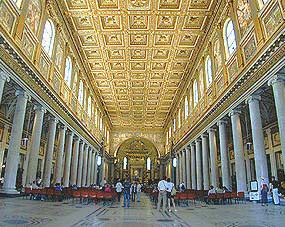 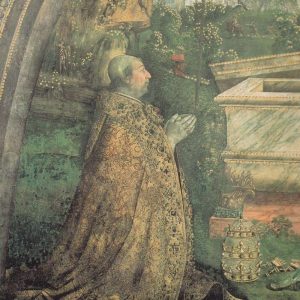 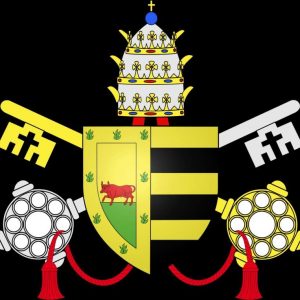 Here is a link to Papal History/Alexander VI