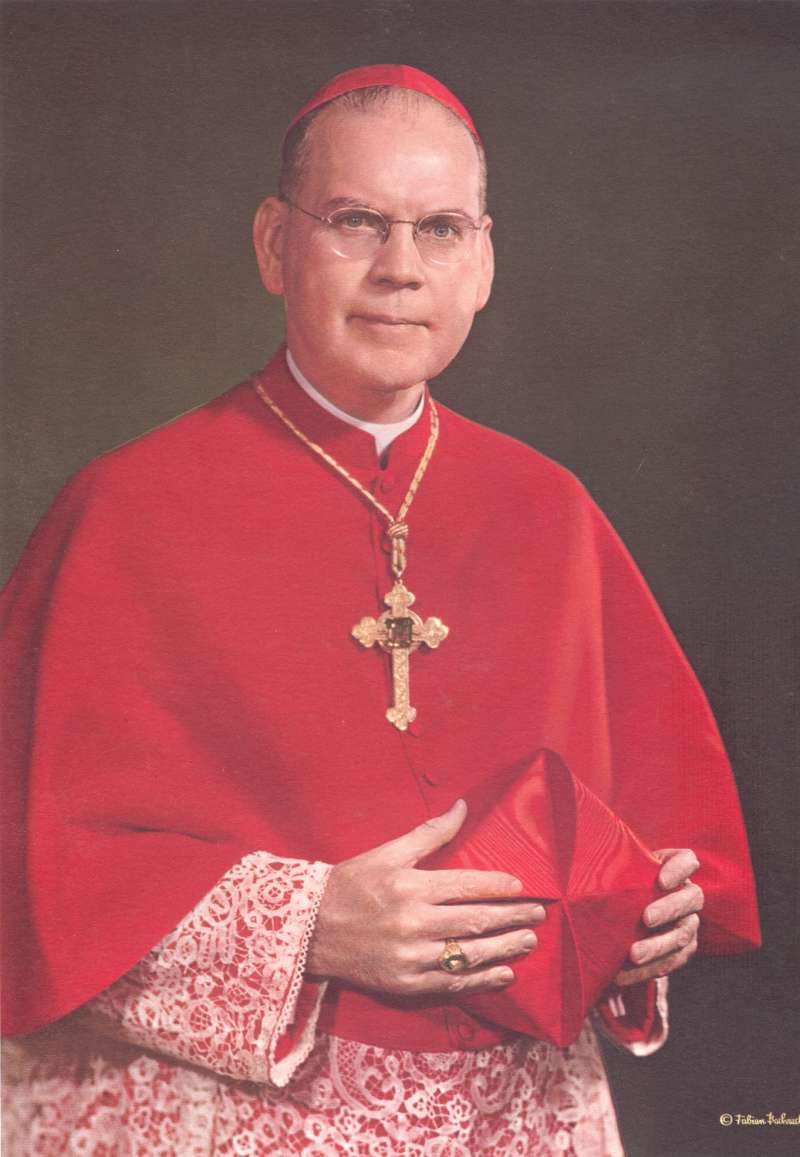 The artifacts (below)  include a signed letter from Cardinal Terence Cooke to a Cuban Bishop, Carlos Riu Angles in 1966.The signed letter from him is of special value to the Collection because there is a cause for his canonization.

On April 28, 1969, a ceremony was held in Rome confirming Terence Cooke had been designated Cardinal by Pope Paul VI.  The second artifact is a photograph of that ceremony. 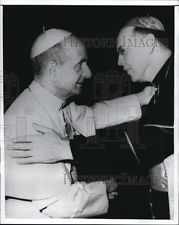 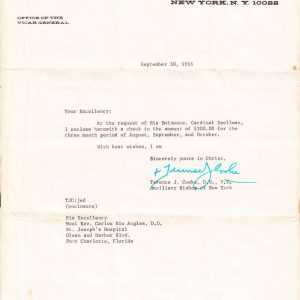 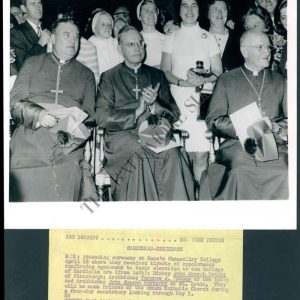 These are untranslated letters to a Cuban Bishop, Carlos Riu Angles, signed by the under Secretary of State, Giovanni Montini, the future Pope St. Paul VI, in 1939.  Note the name of the Bishop on these two letters: it is the same Bishop to whom  (then) Auxiliary Bishop Cooke is writing nearly twenty years later.

The letters came as part of a collection of items owned by the same bishop. 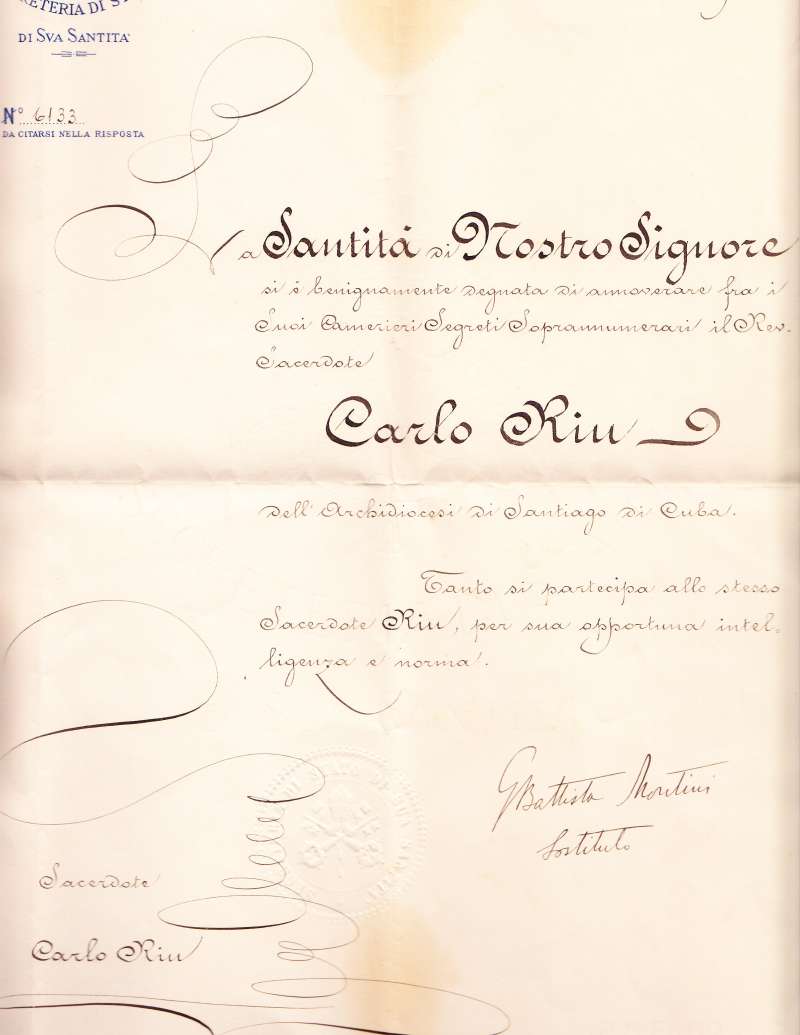 Untranslated Letter to a Cuban Bishop From Giovanni Montini, Sostituto 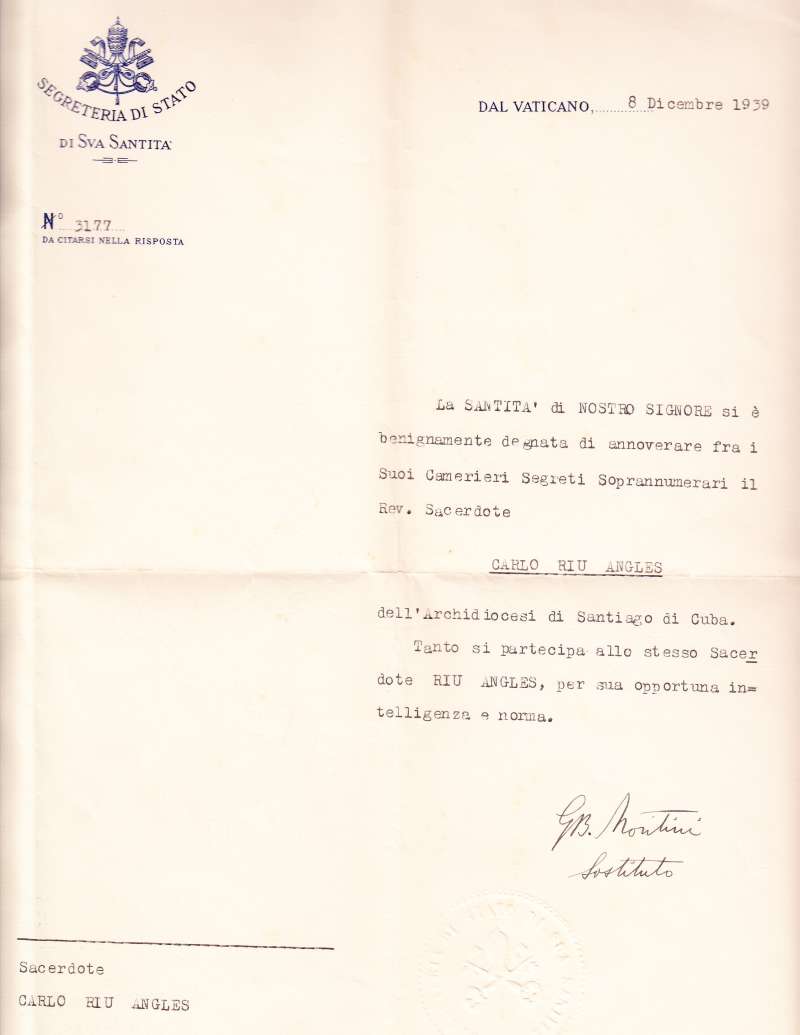 Cardinal Cooke was considered to be theologically conservative but progressive in secular matters. His numerous programs to aid New York’s disadvantaged endeared him to the city. He participated in the conclaves which elected Popes John Paul I and John Paul II.

Cardinal Cooke is now designated a “Servant of God:” the first step to canonization. 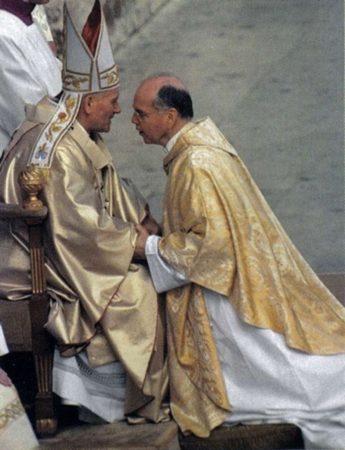 Birthright, to give women an alternative to abortion,

Courage, to help men and women of homosexual orientation live fulfilling lives in accordance with the teachings of the Church,

The Inner-City Scholarship Fund to support inner-city Catholic Schools, and help children of all races and creeds.

Catholic New York (the Archdiocesan newspaper), to disseminate the Catholic perspective on world and local events.

Ever concerned with the needs of others, Cardinal Cooke was instrumental in improving care for terminally ill cancer patients. He also coordinated fourteen general and special hospitals under the Department of Health Services of Catholic Charities to better serve the sick and the dying. He maintained a lifelong commitment to Casita Maria, a pioneer youth-oriented service agency for the Puerto Rican community in New York. Catholic Charities programs for the imprisoned, the handicapped and the disadvantaged were initiated by him. No group was forgotten; no one was abandoned. 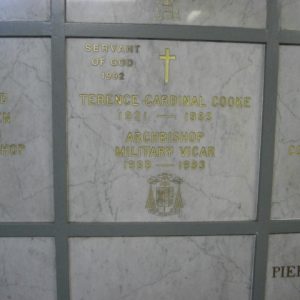 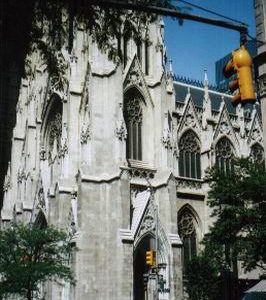