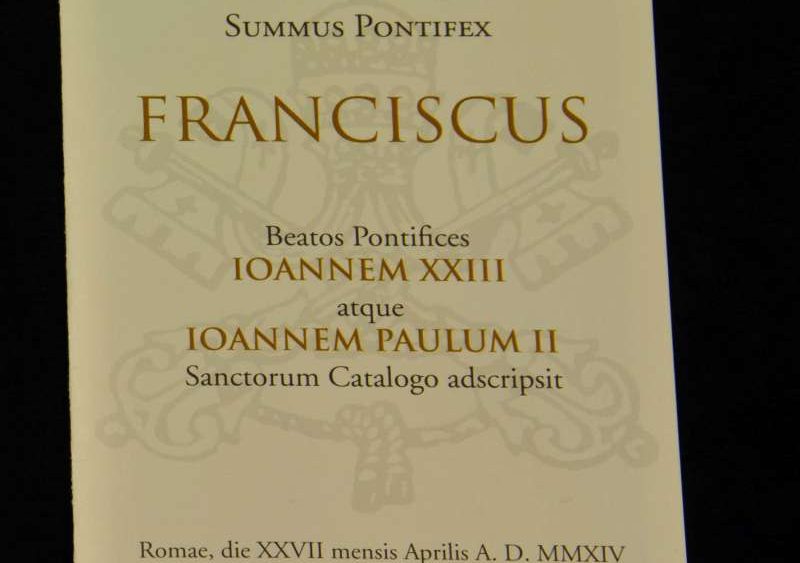 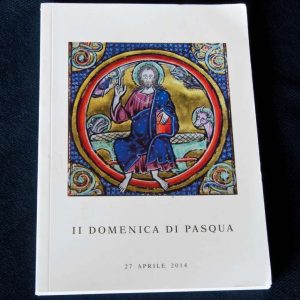 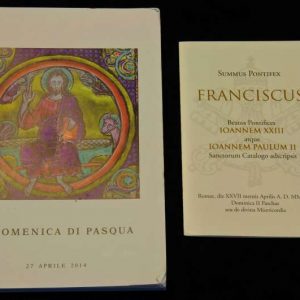 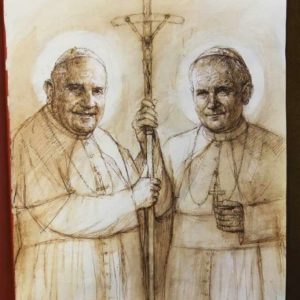 Saints Left Us Words of Wisdom

On April 27, 2014, Pope Francis  presided over an unprecedented event in Christian history,  the canonizations of two popes in one ceremony: John XXIII and  John Paul II.

While much has been written about these two popes leading up to the canonization (with, I am sure, much more to come), I would like to share some powerful and yet little known quotes from the two  saints. I have read much of what has been written by and about these two popes, so I have chosen a handful of quotes from them that I find to be particularly powerful and edifying.

No person is ever useless; each of us is always needed for something. (to single Catholics, 1969).

The person who can best build the Kingdom of God is the priest; he is also the most capable of destroying it. (conference for physicians, 1957).

To love means to wish for the other person’s good, to offer oneself for the good of the other. (Student Lenten retreat, 1954).

In the case of Saint John Paul the Great, we have a man who wrote prolifically, so there is a whole lot of material made available to us. In the case of Saint John XXIII, there is not as much. However, one work I would certainly recommend is his personal notes, entitled Journal of a Soul. In the spirit of a true confession, I will say that I did not have great esteem for John XXIII until I read this book while I was still in seminary, a true spiritual classic!