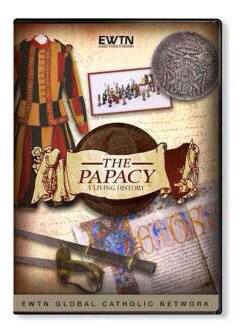 The Papacy, A Living History

THE PAPACY: A LIVING HISTORY, SEASON I,
with  FR. RICHARD KUNST AND FR. RYAN MORAVITZ

The Papacy, A Living History, showcasing the Papal Artifacts Collection, commenced the week of August 6 – 9, 2013.

By accessing the EWTN website under Schedules, all countries were listed, and by clicking on the appropriate country, the correct time was available.

In August 2010, Father Richard Kunst did a live interview about his Collection on EWTN, which is always featured on this web site.

In this instance, he was the host of the series, and was accompanied by a brother priest from the Diocese of Duluth, Minnesota, Father Ryan Moravitz. Together, they created a lively and informative dialogue about the papacy, a subject near and dear to both their hearts.

The Papacy: A Living History is also still available on DVD from EWTN.

These are the artifacts seen on the cover of the DVD 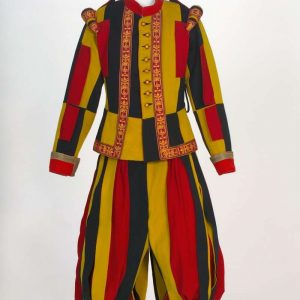 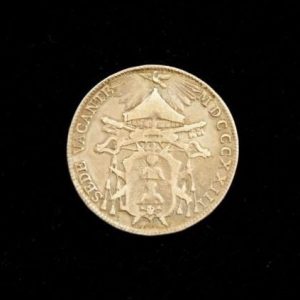 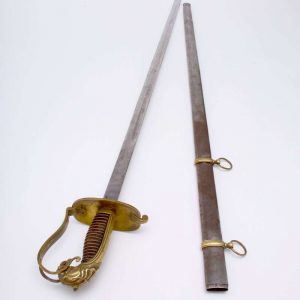 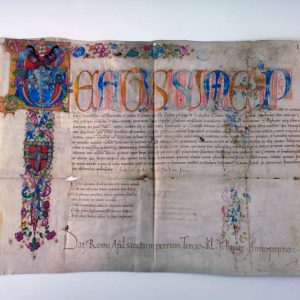 Here is the interview on EWTN on August 4, 2010 which introduced this Collection to the world!

The Rev. Richard Kunst from Duluth’s St. John the Evangelist Catholic Church will host a show on papal artifacts airing next week on the Catholic cable television station ETWN. The five-part series, called “The Papacy: A Living History,” was filmed in Duluth with episodes shown at 2 a.m. and 5:30 p.m. Monday through Friday. He is joined by the Rev. Ryan Moravitz from Immaculate Heart Catholic Church in Crosslake.

EWTN can be viewed on expanded cable in Duluth or on satellite systems.

Examine rare pieces such as John Paul II’s zucchetto and walking stick, and Pope Benedict XVI’s ordination card as he entered the priesthood.

Priceless artifacts including Lateran Treaty coins, an annual medal set and a Swiss Guard uniform from the papacy of Pope Pius X.

Thursday: Popes of the 18th and 19th Centuries

A look at the significance of a Holy Door brick, an authentic Swiss Guard sword and a chalice once used by Pope Pius VII.

Friday: Popes of the 17th Century and Earlier