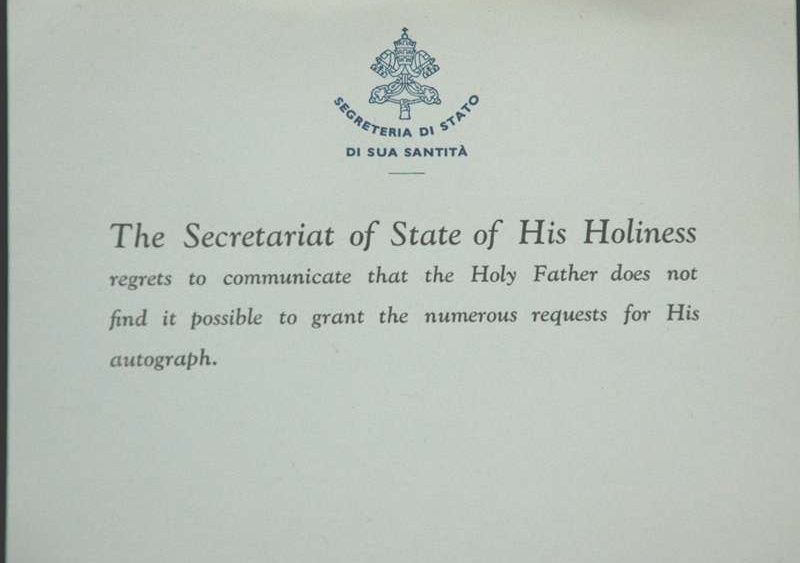 A Humorous Story from Papal Artifacts

The number of autographs belonging to popes, saints & blesseds, and notable individuals on Papal Artifacts number in the hundreds.  We thought you’d enjoy the message from Dominic Tardini, Secretary of State to Pope St. John XXIII, to the Curator, Father Richard Kunst, when he inquired if he might have an autograph of the Pope….

This card has the image of the cross-keys and tiara, the papal coat of arms.   In English it says:

The Secretary of State of his Holiness regrets to communicate that the Holy Father does not find it possible to grant the numerous requests for His autograph.

This card is from the time of Pope Saint John XXIII’s pontificate.

Father Kunst included this in his collection as a joke because he has so many papal autographs. 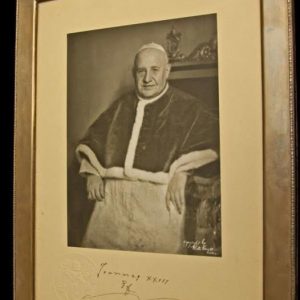 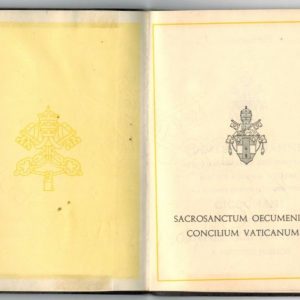 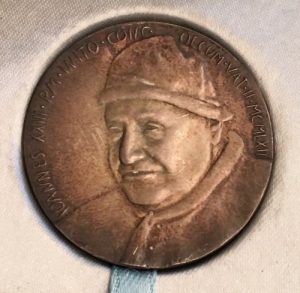 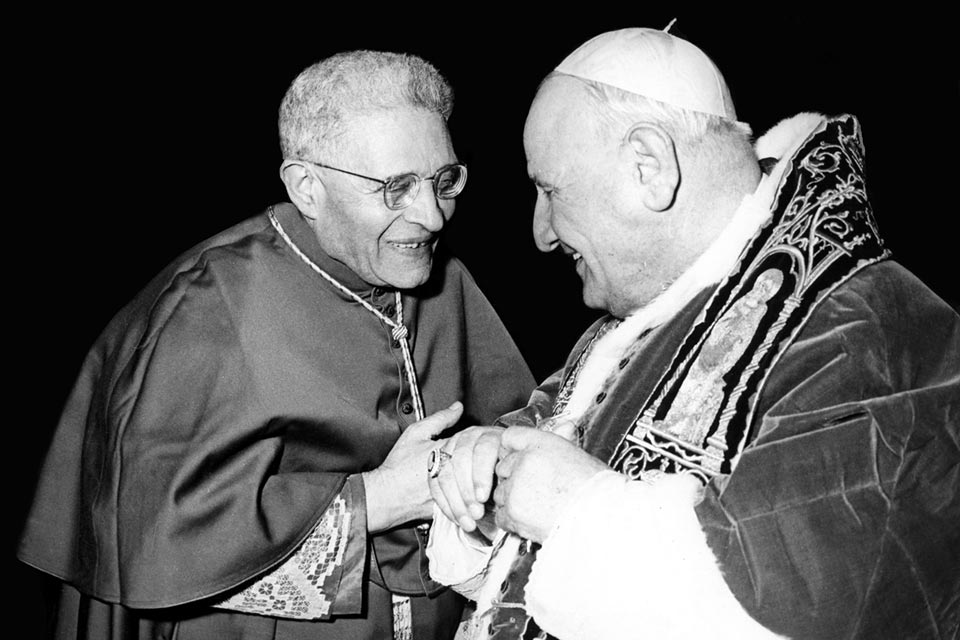