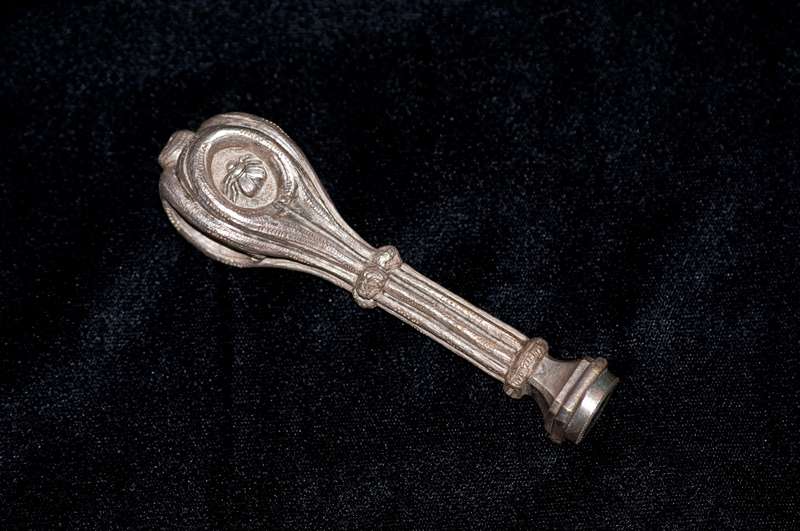 A Few Artifacts from the Pontificate of Gregory XVI 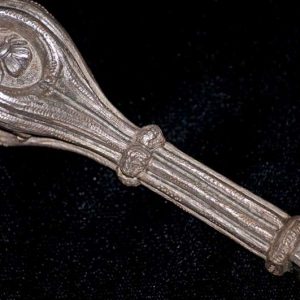 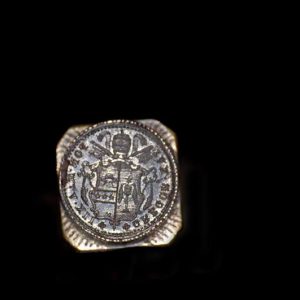 The seal was definitely smuggled out during the pontificate of Gregory XVI. It most probably stayed in a particular monastery until sold to the person from whom Father purchased it. It would never have been allowed to be released after his death.—Fr. Richard Kunst 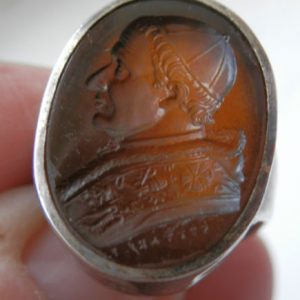 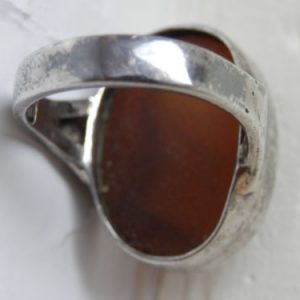 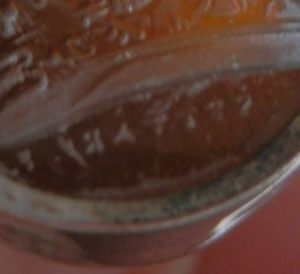 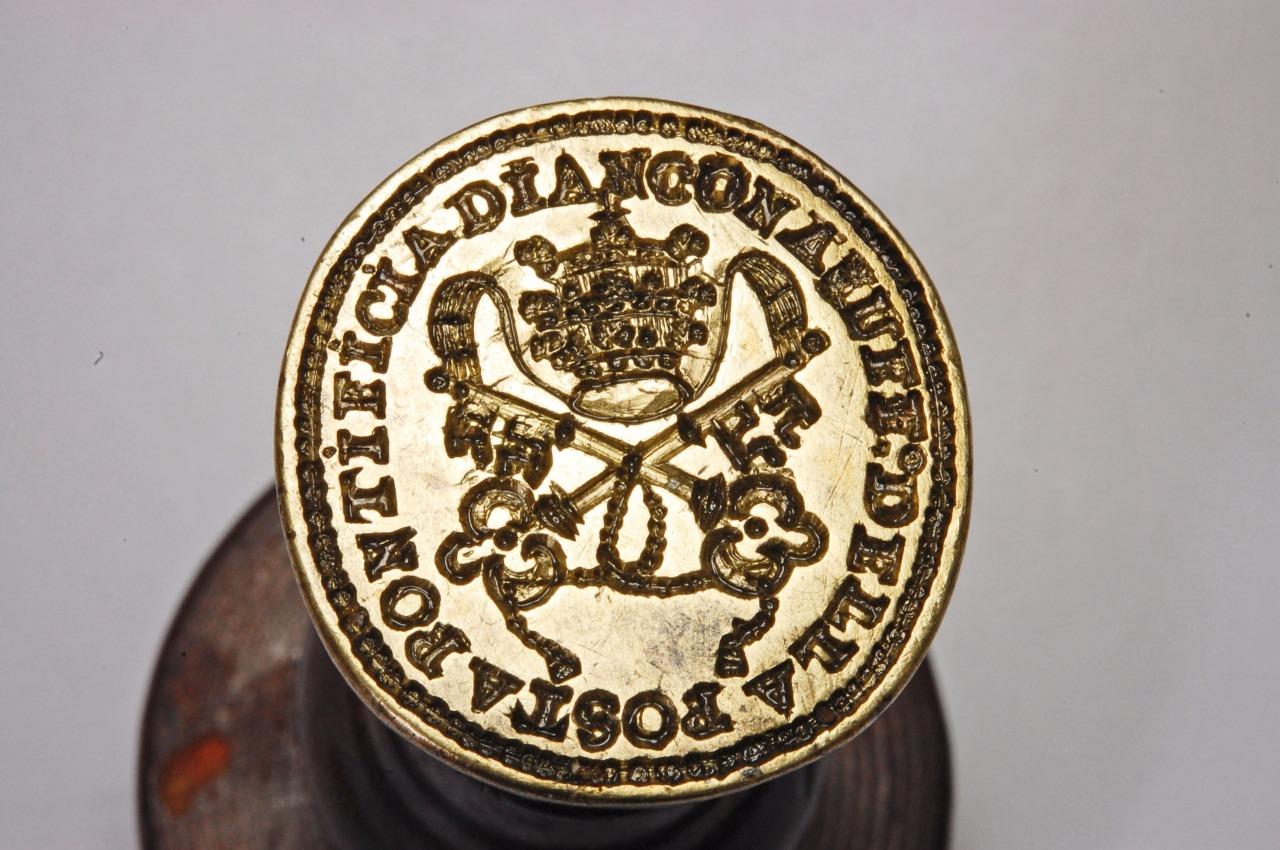 The artifact is a 19th century postal matrix for wax seals  for the region  of Ancona in the Papal States.  It is made of brass with a fruit wood handle and a mushroom style cap.

The matrix is engraved with a papal miter, the traditional triple crown worn by popes and  ending with  the reign of Blessed Paul VI.  The cross keys, the other traditional symbol of the papacy, are also visible on the matrix.

The matrix is in excellent condition and indicative of the method  with  which letters and documents were sealed by the Vatican during the 19th century. 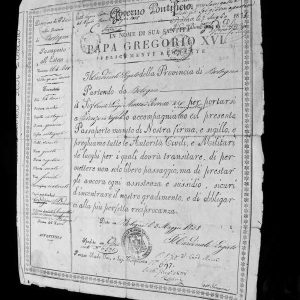 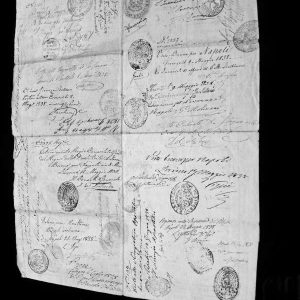 Vatican City State issues passports today. Everyone who is made Cardinal is issued a passport as a citizen of the Papal State to make it easier for him or her to travel around Italy and Europe. —Fr. Richard Kunst

Here is a link to all artifacts connected to Pope Gregory XVI: 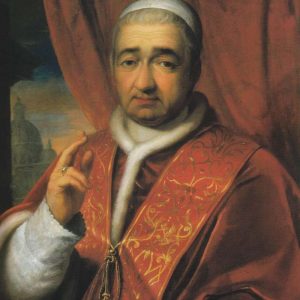 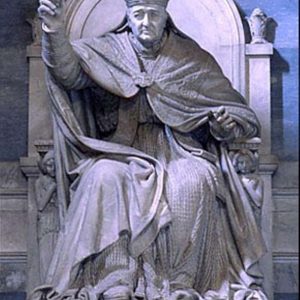 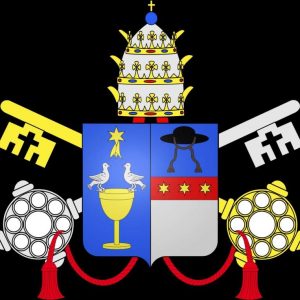