Father Kunst has a deep devotion to the saints as can be readily seen in viewing the Saints & Blesseds section of this site. We invite you to also visit Papal History/Notable Individuals to view the many men and women who make up this section of the Collection and whose lives were associated in some way to our Church.

Cardinal James Gibbons is one of them. 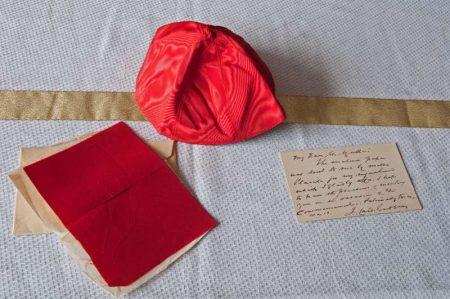 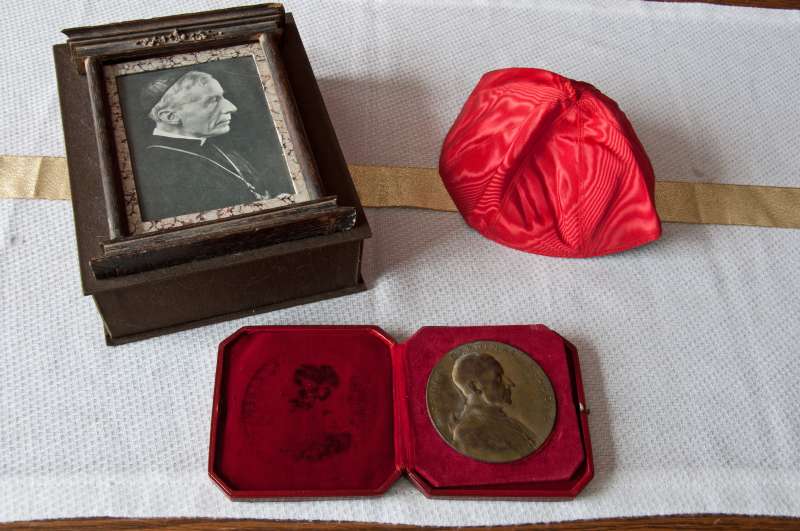 In 1877 James Gibbons became archbishop of Baltimore, the oldest and most prestigious archdiocese in the United States (which included Washington, D.C.). In 1886 he was created cardinal, the second American to receive the red zucchetto. From that time until his death in 1921, he was the unofficial leader of the Church in the United States, honored and extolled by all Americans.

Theodore Roosevelt wrote to him in 1917, Taking your life as a whole, I think you now occupy the position of being the most respected, and venerated, and useful citizen of our country.

We honor the gift of his life to our Church.

His zucchetto is a very valued asset to the Collection.  The featured  photo depicts a note card, written and signed by him.  In part it reads,  My dear Sr. Agathai, the enclosed paper was sent to me by Mother Placide for my signature which I gladly affix. I hope to have the pleasure of meeting you on the occasion of….on May 19. J. Card. Gibbons 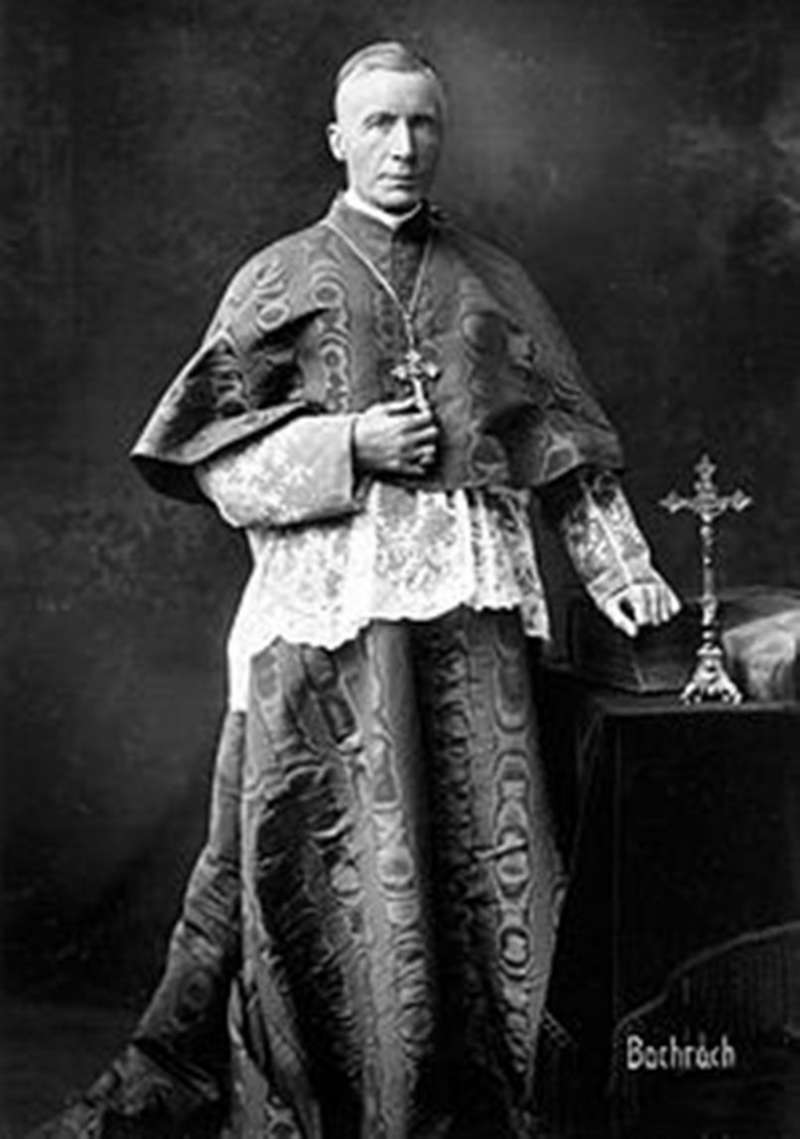