A Look Ahead to May 29th on Papal Artifacts: The Birth of G. K. Chesterton 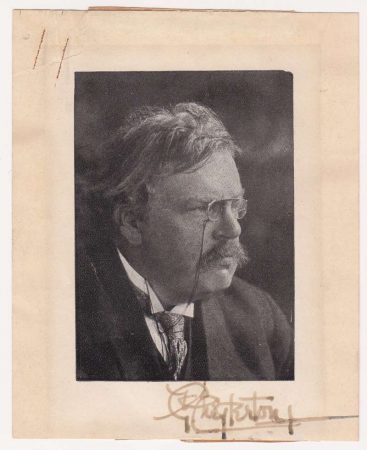 Chesterton had no difficulty standing up for what he believed. He was one of the few journalists to oppose the Boer War. His 1922 Eugenics and Other Evils attacked what was at that time the most progressive of all ideas, the idea that the human race could and should breed a superior version of itself. In the Nazi experience, history demonstrated the wisdom of his once reactionary views. His poetry runs the gamut from the comic The Logical Vegetarianto dark and serious ballads.

Near the end of Chesterton’s life, Pope Pius XI invested him as Knight Commander with Star of the Papal Order of St. Gregory the Great (KC*SG). The Chesterton Society has proposed that he be beatified.