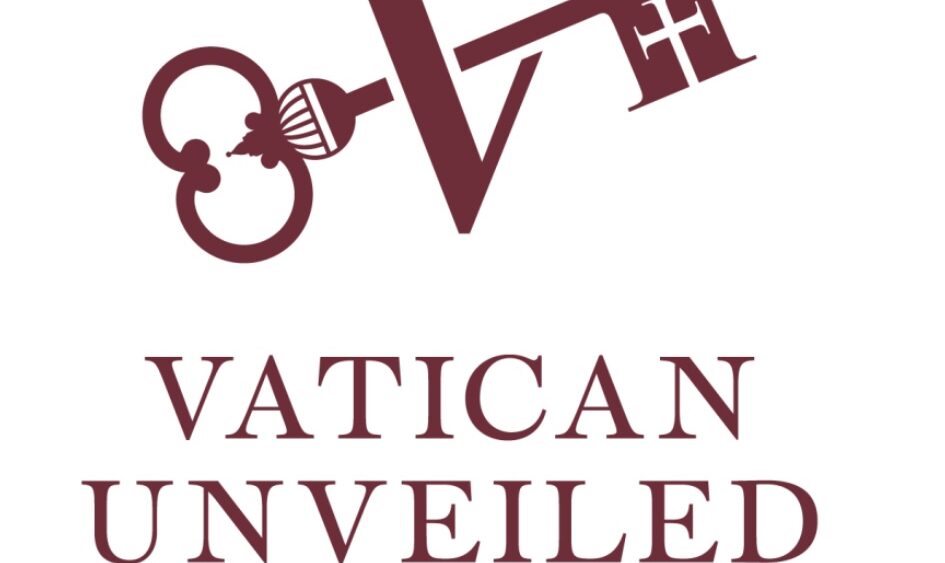 We’d like to send a special thanks to Deacon Kyle Eller, editor of The Northern Cross, for this very fine article he wrote for the August 2022 issue of the paper. It’s a great addition to the information Vatican Unveiled itself is marketing to make this August 19 – 21 event as great as it will be! Thank you, Deacon Kyle!

Father Richard Kunst, pastor of St. James and St. Elizabeth parishes in Duluth, has spent years amassing the largest collection of papal artifacts outside of Rome. The collection has garnered not only the attention of Catholics in the Duluth Diocese, through the successful 2004 Vatican Comes to Duluth event held at the College of St. Scholastica, but also attention on a global scale, with appearances on TV shows such as “Pawn Stars” and “EWTN Live” and even Father Kunst’s own EWTN miniseries.

But with “Vatican Unveiled,” an event scheduled for the Duluth Entertainment and Convention Center Aug. 19-21, Catholics in the diocese will get to encounter the best of that collection in a new way and on a grand scale, with the funds raised going to support Catholic education and maternity homes.

Father Kunst says that since the 2004 display, the collection has at least doubled and maybe even tripled in size, so when people come to see it now, “it’s going to be a different experience for them.”

And it’s not just the new parts of the collection that will be different — it’s the way it will be presented. Monica Hendrickson, who is helping to organize and promote the event, describes it as “more of a curated exhibit experience.”

It will be held in the DECC’s main ballroom and take up 18,000 to 20,000 square feet, allowing people to walk through and experience “aha moments.” The event will take advantage of good lighting, graphic design, some museum-quality displays, and new technology, aided by years of work building up a website dedicated to the collection, much of it by Mary Sitek.

There will be places to wander. There will be big backdrop banners, such as a 40-foot backdrop of St. Peter’s, offering “lots of selfie opportunities,” Hendrickson said. The flow will be “similar to any other kind of museum experience.”

Father Kunst says it won’t be the whole collection on display — maybe less than a third of it — “but it’s the most significant pieces.”

He said it’s hard to pick out highlights, because the collection is so large and full of fascinating things, but one related to St. Teresa of Calcutta and to a former bishop of Duluth, Bishop Robert Brom, who died earlier this year, came to mind.

“That cross that came from Mother Teresa, that was a gift from Bishop Brom to me just months before he died,” Father Kunst said. “So that is pretty critical, because she didn’t own anything.”

Also on display will be the full set of seals used on the doors at the 1978 conclave that elected Pope St. John Paul II.

Another highlight is a document from the year 1138, signed by Pope Innocent II. “That’s the … second oldest signature of a pope outside the Vatican,” Father Kunst said. “And that’ll be on display.”

As was the case in 2004, this event is basically a large fundraiser. In this case, the funds raised will be divided equally between Stella Maris Academy, the diocesan Catholic school in Duluth, and Star of the North Maternity Home, which operates two facilities in the diocese, one in Duluth and one on the Iron Range, helping mothers in need.

Father Kunst said the support for Stella Maris is “kind of a no-brainer.” “I’ve been involved with them since their inception,” he said. And the maternity home is a good cause that both Hendrickson and a deacon at Father Kunst’s parish, Deacon Lyle Johnson, have been involved with. “It’s not a Catholic thing, but it’s very much in line with the Catholic teaching,” he said.

The 2004 event grossed a little over $120,000 and was very successful, but the goals are much higher this time around. Father Kunst said in just a single day leading up to this event, $117,000 was raised. Organizers estimate they have grossed a little over $300,000 total so far, not counting ticket sales, much of it from sponsorships.

Father Kunst said the overall goal for the event is to bring in $500,000, and if possible even to net that amount, giving a quarter of a million dollars each to Stella Maris and Star of the North.

“In my mind, I want as much money to go to the causes as possible,” Father Kunst said. For that reason, the budget has been kept to a relatively small $85,000 so far. Hendrickson and Father Kunst said one of those costs is security for the very valuable collection, which will be extensive.

Organizers said excitement is building for Vatican Unveiled. A special Friday event with Mark Hall-Patton, a frequent “Pawn Stars” guest and a friend of Father Kunst, is appealing to a different audience, drawn to the popular show. Hendrickson said she knows of Lutherans and Methodists coming, as well as tour groups and pilgrimages. Father Kunst said he’s been hearing about it from people he hasn’t heard from in years.

But Hendrickson said they’re contending with the same gas prices and inflation everyone else is.

“All the Duluth venues right now are 30% lower than they were in the past,” Father Kunst said, “… so we’re fighting that.”

Hendrickson said they’re encouraging online ticket sales to cut down on the need for volunteers at that event.

Father Kunst is also looking to the future with the event. He said he often has people ask what will happen to the collection after he someday “kicks the bucket,” and he’s hoping this event will be a springboard to a permanent display.

“It’s bigger than me, and I want to have it preserved, and ideally — ideally — it would be in Duluth and permanently displayed,” he said, although there are no concrete plans for that yet.

Hendrickson said all of that work to make this event great, such as the UV-ray-blocking display cases, can be considered like an investment in that hoped-for future. Father Kunst said even the name of the event was changed from the earlier attempt to put it on that was interrupted by COVID-19 in 2020, to make it sound less like a one-time thing.

“If the Corn Palace can make it in Mitchell, South Dakota, we can make this work,” he said.

Vatican Unveiled will offer daytime exhibit hours with firsthand stories from Father Kunst at the DECC each day the weekend of Aug. 19-21. The special private event with Mark Hall-Patton of “Pawn Stars” will take place Friday evening. Tickets are available at the event’s website, vaticanunveiled.com. You can also email hello@vaticanunveiled.com with questions about the event or more information on getting involved.

With special thanks to Deacon Kyle Editor, Editor of the Northern Cross, for his fine story!