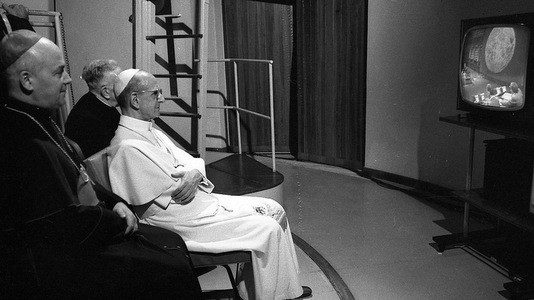 Marking the 50th anniversary of the Apollo 11 historic moon landing, Vatican Radio brings you the voice of Pope Paul VI sending his blessings to the astronauts who “conquered the moon.”

By Veronica Scarisbrick and Linda Bordoni

As millions of men, women and children did across the world on the night of 20 July 1969, Pope Paul VI spent his time glued to the television to watch Neil Armstrong as he became the first man ever to land, and then to walk, on the moon.

50 years after that historic event, scientists agree humanity will have to take another giant step forward to try to equal the achievement and legacy of Apollo 11 and its crew.

The powerful significance of the event was not lost on the Pope of the time who became the first Roman Pontiff to send a message hurtling through space in which he blessed the three astronauts who had just landed on the moon, before sending a congratulatory telegramme to then US President, Richard Nixon.

But as Veronica Scarisbrick notes in this picture in sound, for Pope Paul VI, the moonwalk was a recognition of the “greatness of God’s handiwork”, and the moon “the poetic pale lamp of our nights and dreams”.

“Pope Paul VI is speaking to you astronauts: Honor, greetings and blessings to you, conquerors of the moon.”

For Pope Paul VI,the moonwalk was a recognition of the greatness of God’s handiwork.

The moon itself, he personified poetically as the pale lamp of our nights:

“Pale lamp of our nights and our dreams bring to her with your living presence the voice of the Spirit”.

As the tiny lunar module neared the surface of the moon, scouring the landscape for a safe stretch to touch down on, all over the world people scoured the fuzzy images from space on their television screens, anxious to see what would happen.

Pope Paul was no exception. He too watched the landing from his summer residence in Castel Gandolfo which housed the Vatican Observatory.

And as Neil Armstrong stepped down on the powdery surface of the moon, Pope Paul VI clapped his hands and said: “We are close to you with our good wishes and with our prayers, together the whole Catholic Church”.

Often caught peering at lunar landscapes through the telescope at the Vatican Observatory, Paul VI had always shown a special interest in space travel.

In the very first speech of his pontificate, he said that with the blessing of God, it had opened up new era for humanity, and on a later occasion he had given an astronaut a specially engraved bronze plaque to be laid on the surface of the moon, with the words from a Psalm: “O Lord our God, how great your name throughout the earth”.

In return, he got a piece of the moon, which today is still kept at Castel Gandolfo.

Paul VI dedicated Psalm 8 to the Apollo XI astronauts. The message was sent by the Pope to be left on the Moon by the astronauts, along with the messages from Heads of State of many UN countries. The Holy Father blessed the Apollo Moon-landing, upholding the Vatican’s tradition of support for science, astronomy and the application of human reason.

O Lord, our Lord,
how awesome is your name through all the earth!
I will sing of your majesty above the heavens
with the mouths of babes and infants.
You have established a bulwark against your foes,
to silence enemy and avenger.
When I see your heavens, the work of your fingers,
the moon and stars that you set in place—
What is man that you are mindful of him,
and a son of man that you care for him?
Yet you have made him little less than a god,
crowned him with glory and honor.
You have given him rule over the works of your hands,
put all things at his feet:
All sheep and oxen,
even the beasts of the field,
The birds of the air, the fish of the sea,
and whatever swims the paths of the seas.
O LORD, our Lord,

how awesome is your name through all the earth!

To the glory of God’s name who grants such great power to men, we pray for the success of this wonderful undertaking. Paulus PP VI AD 1969 (Handwritten in Latin by the Pope, under the Latin text of the Psalm)

The Holy Father followed the principal phases of the Apollo 11 flight on television. A few minutes after the touch-down of the LEM on the moon, Pope Paul VI issued the following message to the Astronauts:

Glory to God in the highest and peace on earth to men of good will!

Christ, when coming among us from the abysses of the divinity, made this blessed voice resound in the firmament. Today We, his humble representative, echo and repeat  it as a festive hymn on the part of our whole terrestrial globe, no longer the insurmountable boundary of human existence but the open threshold to the wide  expanse of boundless space and new destinies.

And honour to you, the architects of this great space undertaking! Honour to the men responsible to the scientists, the planners, the organizers, and the technicians who made it a reality! Honour to all those who have made possible this most daring flight. Honour to all of you who in any way played a part. Honour to you who, seated at your marvellous instruments, control the flight; to you whom inform the world of the enterprise and its time-table, which extends to the depths of the heavens the wise and bold dominion of man.

Here, from His Observatory at Castel Gandolfo, near Rome, Pope Paul the Sixth is speaking to you astronauts.

Honour, greetings and blessing to you, conquerors of the Moon, pale lamp of our nights and our dreams! Bring to her, with your living presence, the voice of the spirit, a hymn to God, our Creator and our Father.

We are close to you, with our good wishes and with our prayers. Together with the whole Catholic Church, Paul the Sixth salutes you. 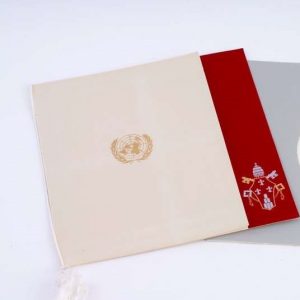 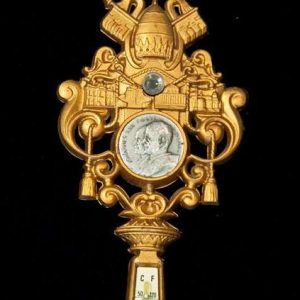 Stanhopes From the Pontificates of Saint John XXIII and Paul VI: Close’up 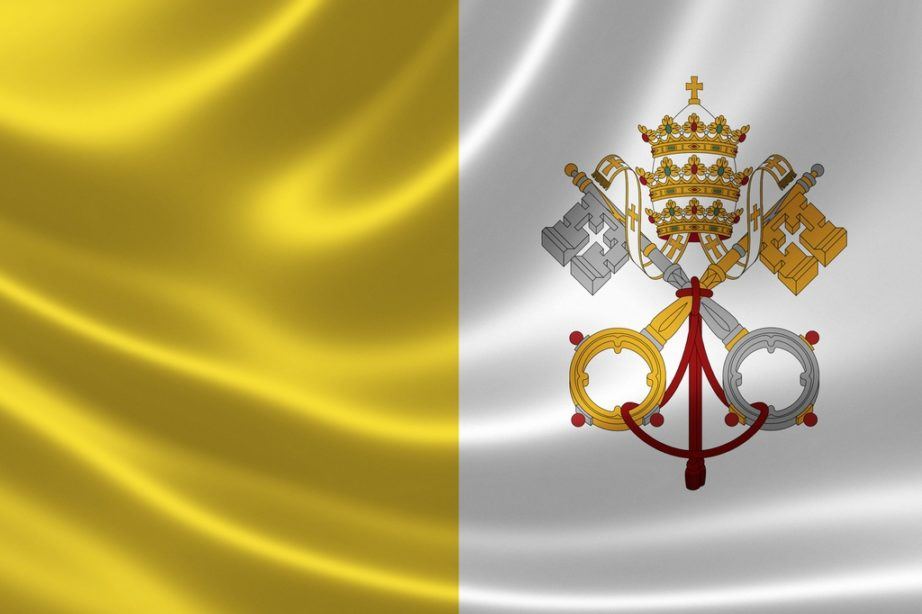