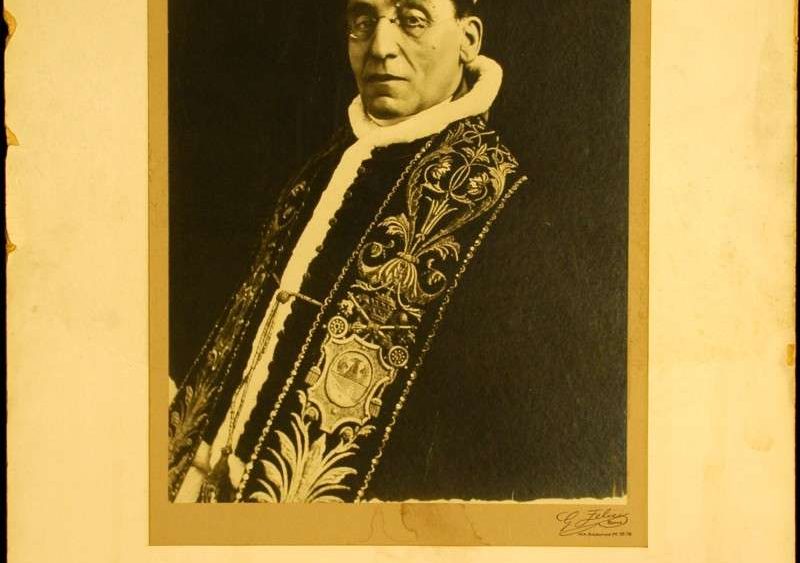 Why Do Popes Choose a New Name?

The artifact is a  large photo blessing from 1921 signed as pope.

In early times, the first Popes would keep their baptismal names. But John II, whose birth name was Mercurius, and served as Pope from 533-535, was the first to change his name. After him, all men elected Pope have chosen another name to go by during their pontificate.

The most common names used by Popes are:

“I chose the name Benedict XVI because of the legacy of Pope Benedict XV. He was a courageous and authentic prophet of peace, during the chaos of the First World War.”

John Paul I was the first Pope to choose a combined name. He wanted to pay tribute to his two predecessors John XXIII and Paul VI. Up until today, no one has ever chosen the name of the apostle and first Pope, Peter. Not even John XIV or Sergius IV, who shared that baptismal name.