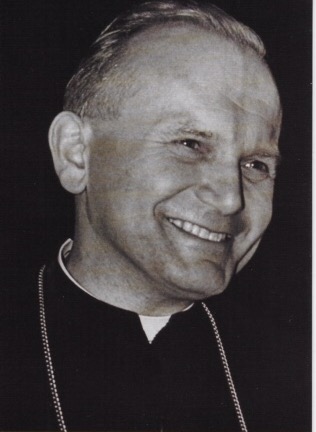 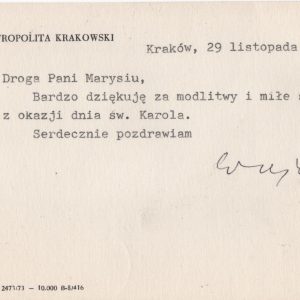 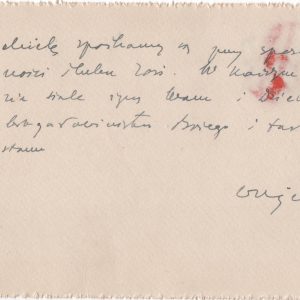 There are few items in the Papal Artifacts’ Collection to compare with this rare acquisition of a letter, signed by Pope John Paul in 1985, and the accompanying note cards,  with the affectionate term, Wujek (Uncle).