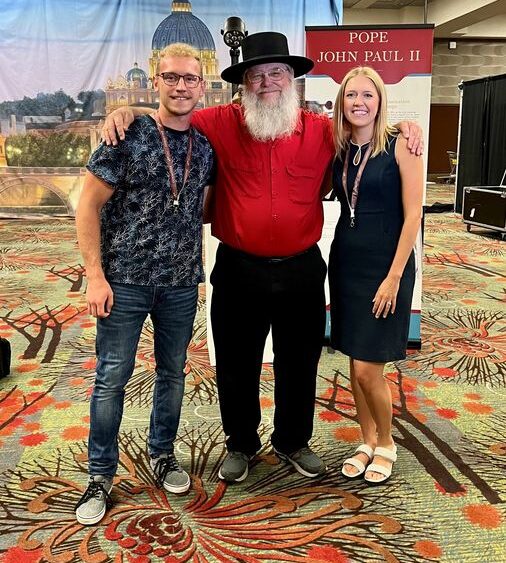 The Vatican Unveiled at the DECC this weekend: Thank you WDIO!!

Shards of what is believed to be the cross of Jesus Christ, clothing worn by Pope John Paul II, and the crucifix that hung around Mother Teresa’s neck are all spending the weekend in the Lake Superior Ballroom at the DECC.

The “Vatican Unveiled” exhibit opens at 9 a.m. Friday and runs through Sunday.

It’s a collection of items that Duluth’s own Rev. Richard Kunst has curated. He invited his friend and the historian for the TV show “Pawn Stars,” Mark Hall-Patton, to come to town for it.

“This is the finest collection that I know of in the United States, perhaps in the world outside of the Vatican. This is a spectacular collection. The kinds of artifacts he has, that he’s curated and bought for this collection, is just amazing,” Hall-Patton said. “If people don’t have a chance to get down here, they’re really going to be missing something. There are some pieces here that you’re never going to be able to see in your life.”

There are chains that held closed the doors of the conclave while the Cardinals were electing a new pope. You can see a document signed in 1143 by a current pope, two future popes, and an antipope.

But Hall-Patton said “Vatican Unveiled” is not just an event for Catholics.

Tickets are $25 for individuals or $50 for a family. Find more details here.