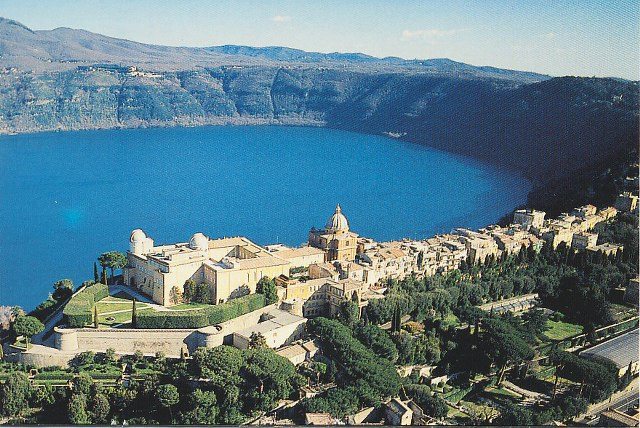 The Pope’s Other House: Castel Gandolfo 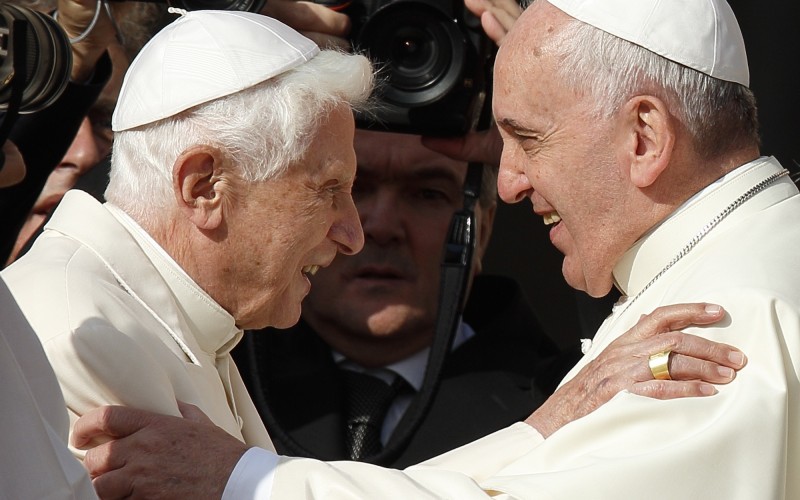 A Look at the Summer Residence of Popes with Some Information

Although the information isn’t quite current this you tube gives you an opportunity to visit the summer residence, now open to the public, of the popes.

Before he left for his trip to Latin America this past June, Pope Francis stopped by to visit with Pope Emeritus Benedict XVI. The former Pope was about to take a short vacation to Castel Gandolfo for some rest and recreation.

Before he left for his trip to Latin America this past June, Pope Francis stopped by to visit with Pope Emeritus Benedict XVI. The former Pope was about to take a short vacation to Castel Gandolfo for some rest and recreation.

The Papal Palace of Castel Gandolfo, which is just a 10 minute helicopter ride from Vatican City, has been a papal favorite for hundreds of years. It’s a perfect summer retreat because of the cooler temperatures and beautiful views of Lake Albano.

Pope Urban VIII had the palace built in the first half of the 17th century. For more than 200 years, most Popes visited the area several times during their pontificate.

The tradition ended in 1870 because of a dispute between Italy and the Vatican. However, since 1929, the palace grounds, and some adjacent properties, have officially been under control of the Holy See. Since then, it has become the de facto vacation home for almost every Pope.

But the property has served as more than just a place for leisure. Popes continued to pray the Angelus and go about other normal activities while staying there. One Pope even released his first encyclical from the summer residence. The Vatican’s Astronomical Observatory conducts research from there, as well.

The Vatican housed Jews in the palace during World War II, and others stayed there to find shelter from bombing raids. Dozens of babies were born inside the papal apartment during the war.

Pope John Paul II spent more than six years at Castel Gandolfo, and Pope Benedict XVI was known to spend two to three months there every year. In fact, some Popes have even died at the site, the most recent being Pope Paul VI in 1978.

But the current Pope hasn’t taken to Castel Gandolfo like his predecessors. He has only been four times during his papacy and has yet to spend the night. He told Benedict XVI during their June meeting that he prefers to stay at the Vatican during the summer. He added that he relaxes simply by changing his routine.