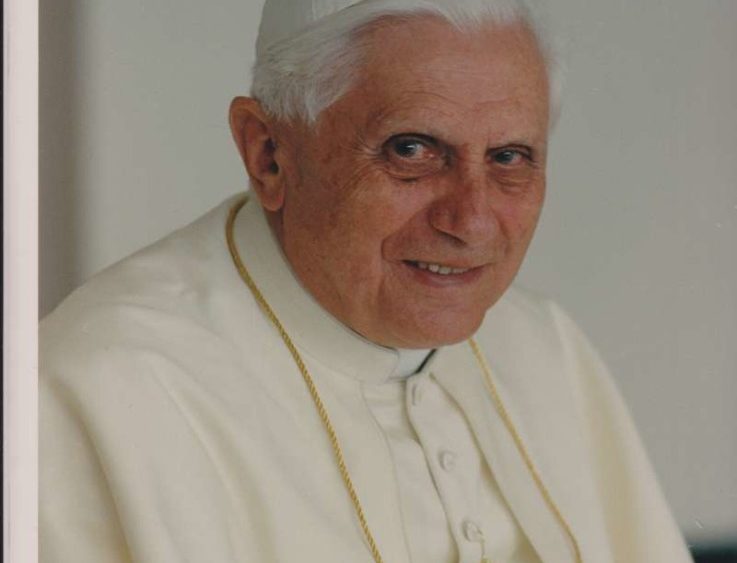 Luca Caruso is a journalist and the communications director of the Ratzinger Foundation. In light of Benedict XVI’s 70th ordination anniversary, he wrote a book on the life and challenges of the Pope Emeritus.

LUCA CARUSO
Author, “Benedetto XVI: La vita e le sfide”
“The book starts with the present day, with Pope Benedict’s retirement, which he lives out at the Vatican in the Mater Ecclesiae Monastery, in meditation and prayer: prayer for the whole world, for every person, for the Church and for his successor, Pope Francis. It begins with his daily activities, his relationship with the reigning Pope. Then it goes back to the 1920s and covers the different stages of his life.”

In 10 chapters, Caruso walks through Joseph Ratzinger’s life, focusing especially on how he responded to the many challenges of the 1900s, from World War II to relativism and the reform of the Church.

The author aims to answer two questions, posed in the preface by Abp. Georg Gänswein: ‘Who is Benedict XVI?’ and ‘What is his message?’

LUCA CARUSO
Author, “Benedetto XVI: La vita e le sfide”
“Benedict XVI is one of the greatest theologians of the 20th century, an intellectual who has spent his whole life searching for God’s face, in his theology studies, in his research, in teaching. At the same time, he’s a simple man, very cordial, very kind. His personality is a bit reserved, timid. And he placed himself completely at the service of the Church.”

The journalist includes photographs and testimonials from people who have met the Pope Emeritus.

LUCA CARUSO
Author, “Benedetto XVI: La vita e le sfide”
“They share their memories of this man, of his cordiality, his simplicity, his sense of humor. And it’s that small contribution that lets us better understand his character.”

It’s difficult to perfectly capture 94 years of any life, but Caruso manages to give readers an honest glimpse of the challenges that have shaped the life of Benedict XVI, from priest to Pope Emeritus.