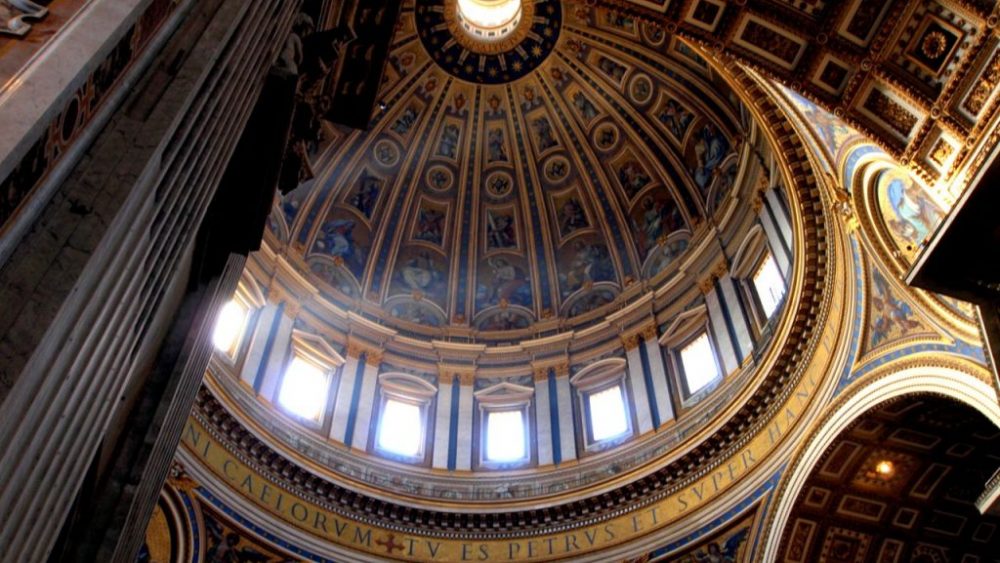 The Magnificence of St. Peter’s Basilica: A Commentary by Father Richard Kunst

If I were to asked what popes are buried in St. Peter’s Basilica, most people would know of St. Peter himself, but not many people would know two other apostles, Saints Simon and Jude, are also buried there.  And if this basilica were the only thing in Rome it would still be worth a trip to see it.  Why it is not one of the Seven Wonders of the World has always baffled me.

No matter how awesome I try to make it sound, it’s even better.

The part of St. Peter’s that draws the most attention is the dome over the main altar.  Designed by Michelangelo, it is so big that the Statue of Liberty could stand, one on top of the other three times, and still fit inside.

At the bottom of the dome, in 6’ high lettering, is a line from the Gospel, “Tu es Petrus et super hanc petram aedificabo ecclesiam meam et tibi dabo claves regni caelorum” (“You are ‘Rock’ and on this rock I will build my Church, to you I will give the keys of the kingdom of heaven.” Mt 16:18).

In this Gospel passage, Jesus picks the man who will lead his future church—a brash, plain-spoken, impulsive fisherman who will deny even knowing him three times, but in the end will die for him.

“You are Peter and upon this rock I will build my Church”—a Church that will withstand attacks from millennium to millennium.  Peter will teach in the name of Jesus, and whatever decisions he makes as ruler over the Church will be ratified by God: that’s what Jesus said.

Today Peter goes by the name, Francis.  Our Church, which is often very ugly, sinful and human, is still the only one established by Christ.  And despite our sinfulness, or maybe because of it, Jesus protects us, so that hell will never prevail.

It’s okay to be proud to be Catholic. 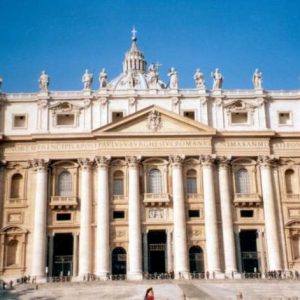 The Facade of St. Peter’s Basilica by the architect, Carlo Maderno 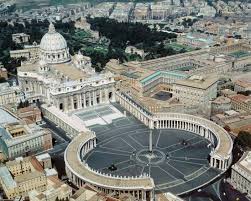 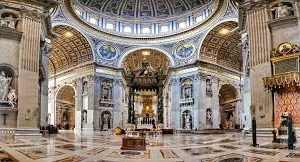 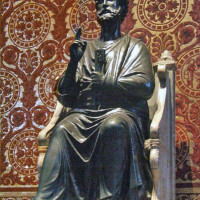