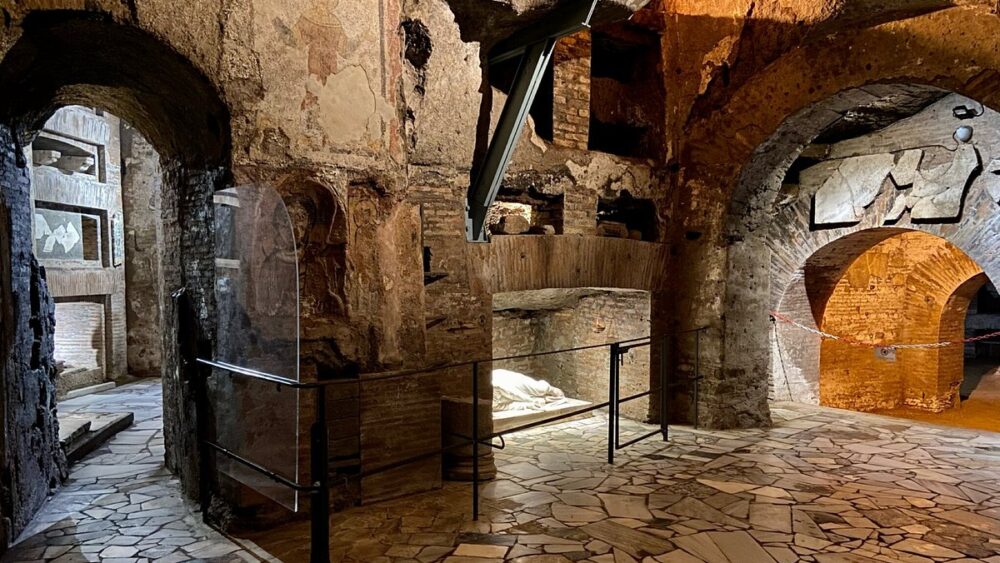 The “Little Vatican” Crypt: 9 Popes Were Buried Here & Many Saints

The catacombs of St. Callixtus are the final resting place to over 50 martyrs and 16 pontiffs. In the early days of Christianity, these passageways formed one of the most important cemeteries in Rome.

Generations of Christians were buried here, including St. Cecilia, the patron saint of music. It is said that the galleries also house the young Tarcisiso, a teenager who was killed while carrying the Eucharist.

The greatest attraction, however, is the crypt.

As many as nine popes were buried here, giving it the name “The Little Vatican.”

RAFFAELLA GIULIANI
Pontifical Commission for Sacred Archaeology
You can see the inscription on the tombstones of the popes written in a simple way, in Greek, because in the third century Greek was the most spoken language of the Christian community. Many came from the East, where Greek was the most common language. They were merchants, slaves and freed slaves.

The catacombs of St. Callixtus were discovered in the 19th century by Giovanni Battista di Rossi. He convinced Pope Pius IX to buy the land over top them, allowing archaeologists to closely study the catacombs and uncover their greatest treasure: the crypt of the popes.

MSGR. PASQUALE IACOBONE
Secretary, Pontifical Commission for Sacred Archaeology
Giovanni Battista di Rossi is important for Christian archaeology. So much so that he was called the “prince,” the “father of Christian archaeology.” This was because he implemented a scientific method of work, something that differentiated him from the archaeologists who discovered catacombs in the sixteenth and seventeenth centuries.

Of the popes buried in the catacombs, some were martyred. One of them was Sixtus II, who was arrested and executed under the persecution of the Roman Emperor Valerian.