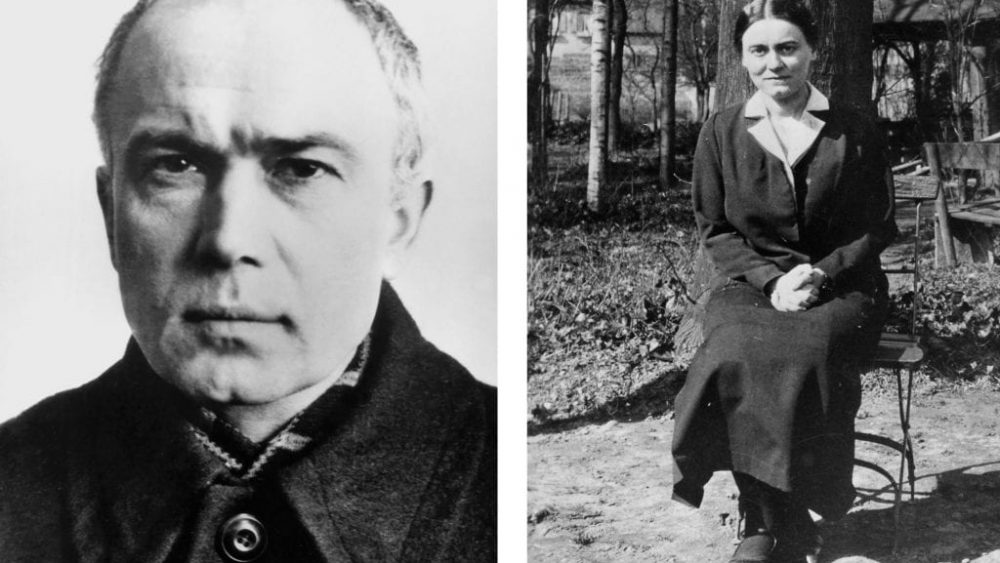 The 75th Anniversary of the Liberation of Auschwitz & New Research: Crux

WARSAW, Poland — A Polish researcher has published the first study of religious practices among Christian prisoners at Auschwitz-Birkenau, as the 75th anniversary of the Nazi-run death camp’s liberation was marked in Israel and Poland.

“Although most deportees to Auschwitz from occupied Europe were Jews, the camp was originally opened for Polish prisoners and also took in Catholic resistance fighters from France, Germany, Belgium and other countries,” said Teresa Wontor-Cichy, a historian at the Auschwitz-Birkenau State Museum.

“This aspect of its history has been studied only randomly up to now. But it’s important the world knows more and takes it into account.”

The historian spoke after her study, “Religious Life of Christian Prisoners in KL Auschwitz,” was published by the state museum’s research center.

In a Jan. 23 Catholic News Service interview, she said the fate of some Catholic clergy at Auschwitz-Birkenau, notably St. Maximilian Kolbe and St. Edith Stein, had been extensively documented.

However, she said thousands of lay Catholics also had kept their faith at the camp, where 1.2 million inmates were killed by the Nazis during World War II

“Up to now, their religious devotions have been known about only through occasional memoirs and articles — it’s now possible to document them more completely,” Wontor-Cichy said.

“Since 95% of the camp’s archives were destroyed, it’s impossible to state how many Christians were here. But religious affiliations were recorded when prisoners were registered and died, and we know Catholics made up the largest number — mostly from Poland, but also from France, Germany, the Netherlands, Slovakia and the Soviet Union.”

Besides Jewish inmates, who made up 90% of the victims, around 100,000 Poles were killed by German occupiers in Auschwitz’s gas chambers and execution sites. The Nazis also killed Russians, Roma and prisoners of other nationalities.

In her study, Wontor-Cichy said dispensing sacraments had been “strictly forbidden” on pain of death by Nazi commanders at Auschwitz-Birkenau, but priests still secretly administered them, providing “a form of spiritual and psychological support” and a “sense of community.”

She added that several Catholic clergy had detailed their pastoral work after surviving the camp, including Father Adam Zieba, a priest from Nowy Sacz, Poland; and Cardinal Adam Kozlowiecki, who later became archbishop of Lusaka, Zambia.

Many previously nonbelieving prisoners had turned to prayer while incarcerated, the researcher said, “instinctively seeking contact” with Catholic priests and nuns who were known derisively as “Pffafen” by camp guards and assigned the harshest workloads.

“Catholics were deported here throughout the war for political crimes, as well as when other prisons were overloaded,” Wontor-Cichy told CNS.

“People visiting the camp often have requested their stories are studied in a rigorous way to establish the full truth of what happened here.”

In her study, Wontor-Cichy said many Catholic prisoners had shown “great determination” in concealing liturgical and devotional objects at the camp, such as rosaries made of dried bread.

She added that Auschwitz-Birkenau’s Nazi administrators had attempted to deter Christmas observances in 1944 by installing a decorated Christmas tree surrounded by dead bodies in the camp’s assembly yard, but added that one priest, Father Wladyslaw Grohs, had celebrated Mass and heard confessions in his cell.

While many inmates “doubted God’s providence” in a state of “permanent brokenness,” the historian said, some also turned to God during incarceration.

“So many people were deported here, all with a will to survive, that it’s easy to see why emotions and conflicts have sometimes flared. But our task is to research the camp’s history — the good and noble alongside the bad and wicked — and we should accept that academic research and politics follow separate paths.”

Several international leaders attended commemorations of Auschwitz-Birkenau’s 1945 liberation at Jerusalem’s Yad Vashem Institute Jan. 23, while more than 50 heads of state and ambassadors were to attend separate 75th anniversary events in Poland Jan. 27, the date the camp was occupied by Soviet troops; it is marked as International Holocaust Memorial Day. Pope Francis will be represented by Cardinal Zenon Grocholewski, former prefect of the Vatican’s Congregation for Catholic Education.

At least 200 former camp prisoners from the U.S., Canada, Israel and other countries also were expected at the Auschwitz-Birkenau commemorations.