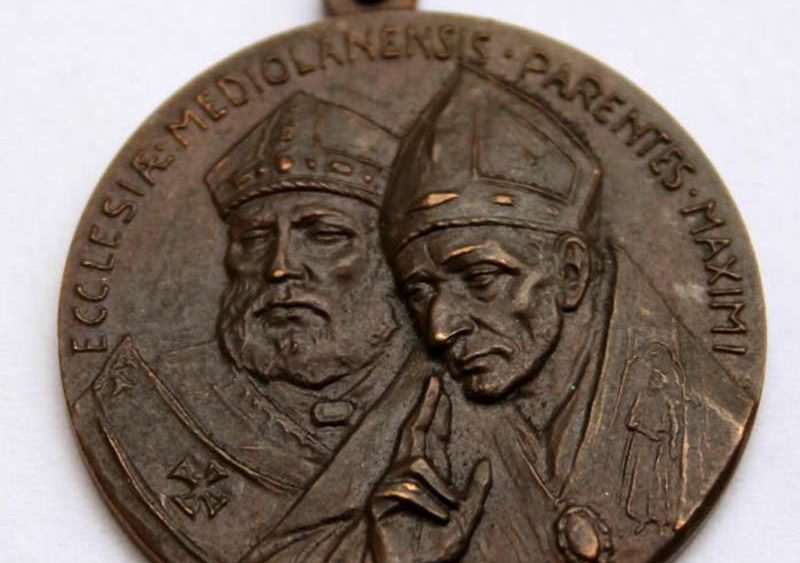 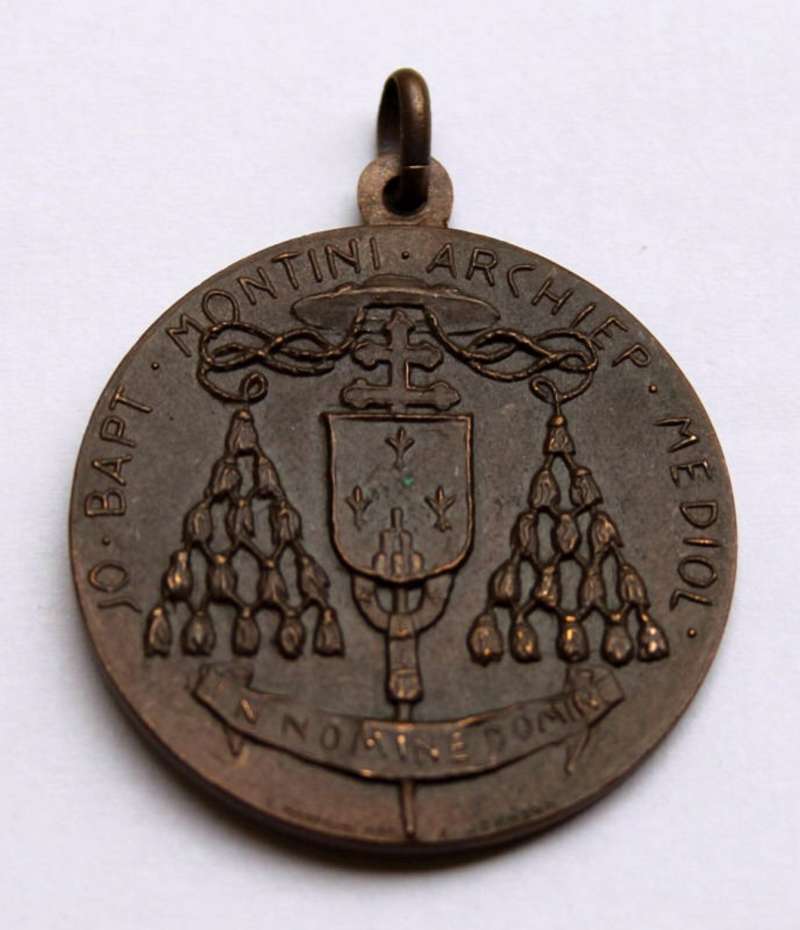 The reverse side of the medal has the coat of arms of Blessed Paul VI, and his name, and the inscription, In Nomine Domini: in the Name of the Lord.