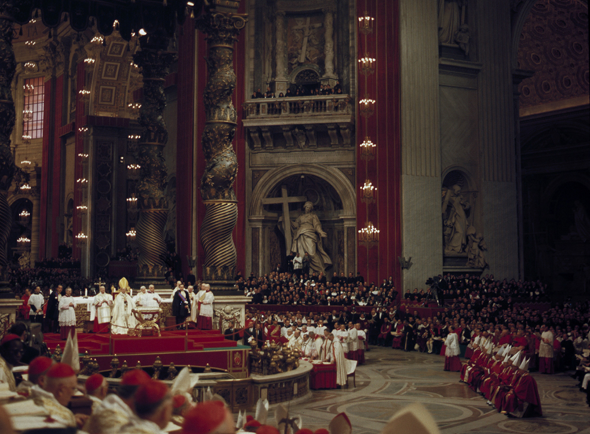 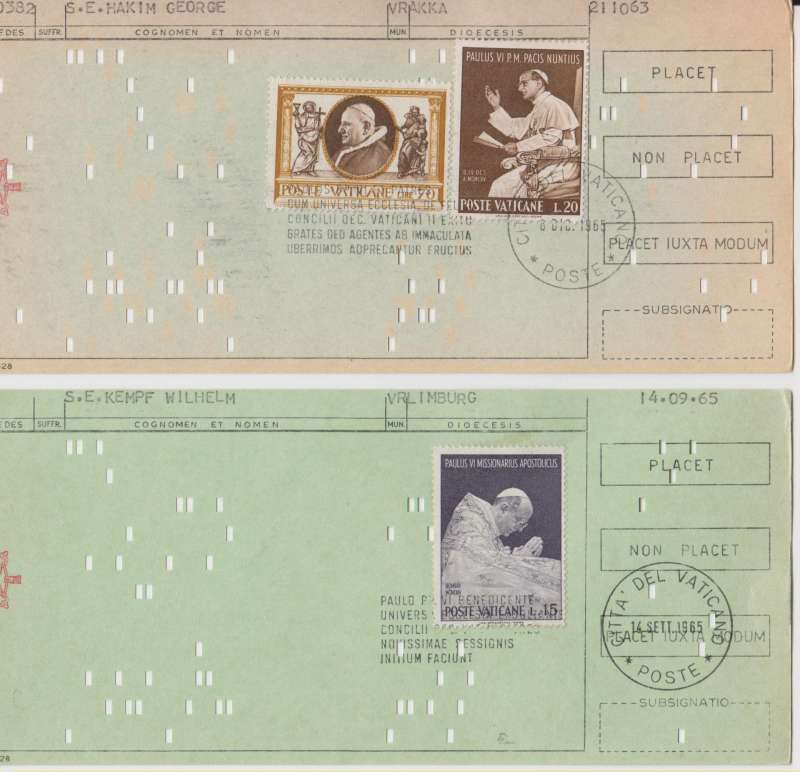 And that courage and that faith are reasons we call him Saint John XXIII.

Ballots are quite rare. There aren’t too many that I’ve seen. As a matter of fact, the only ones I’ve ever seen in the market, I have. And so these would have been ballots that the cardinals and the bishops would have used to vote. And they’re stamped: you can see those little holes inside of them, and each one of them are like a “punch ballot.” Where the little holes are located determined what the person was voting for and whether he said “yes” or “no.”

It’s also important to remember that it was the only Council in all of Church history that was not called because of a doctrinal crisis.

And, then, Blessed Paul VI came right behind him to successfully conclude the Council.  –Father Richard Kunst