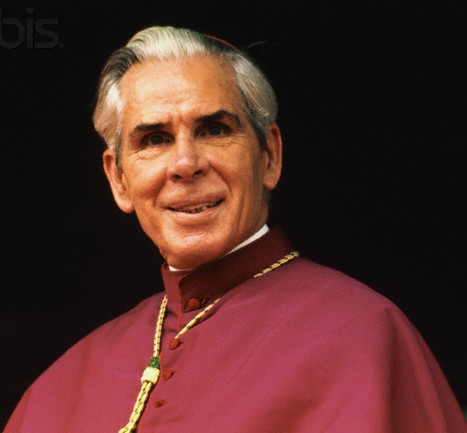 The Papal Artifacts’ Collection of Items Belonging to or Associated with Venerable Fulton J. Sheen

What follows are three letters written by the Bishop to Patricia Morison, who had recently become a convert and attributed her faith to his help.  The first letter, dated June 16, 1952, is his acknowledgment of a gift she sent him for which he tells her he is very grateful.  It is a beautiful expression of his gratitude to her and is able to be read here.  All the letters are on letterhead paper, depicting his coat of arms as a Bishop.

The second letter, dated June 17, 1952, continues his sentiments from the letter of the previous day.   It is especially rare in that it was hand written and included the envelope in which it was sent, attesting to the importance with which it was preserved by Pat Morison in her estate.

And on Row 2 of This Section: Two Inscribed & Signed Copies of +Fulton Sheen’s Works

The first is Life Is Worth Living, a first edition, published in 1957, and inscribed to Pat Morison.  The inscription reads, To my dear friend, Patricia, with the blessing of +Fulton J. Sheen.

The second is This Is Rome, a first edition, published in 1960, and inscribed to Isabelle Borchert, who was Patricia Morison’s closest friend, and the widow of Morison’s vocal coach, who  lived in the same apartment complex as Pat.  The inscription reads, To Isabelle with the assurance of prayer and blessing.  Yours Faithfully in Christ, +Fulton J. Sheen 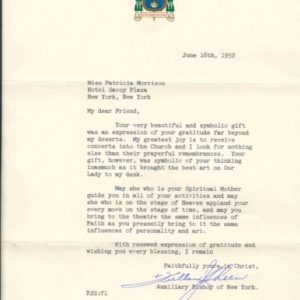 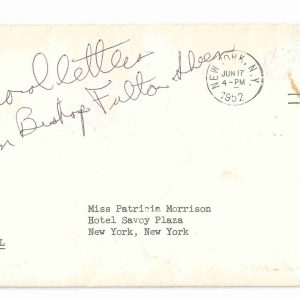 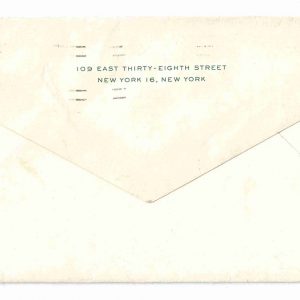 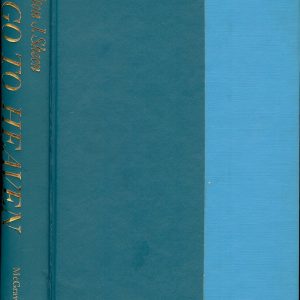 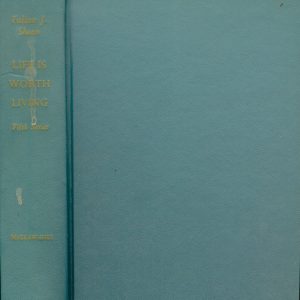 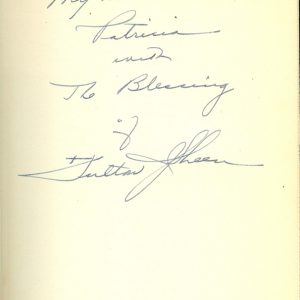 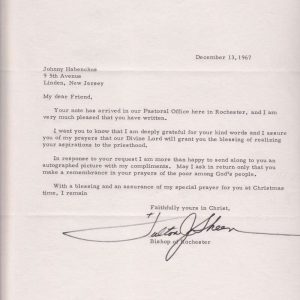 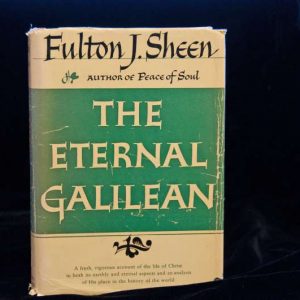 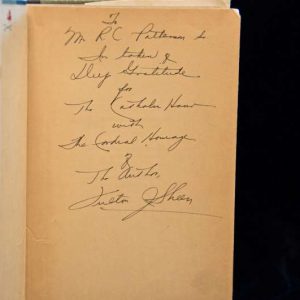 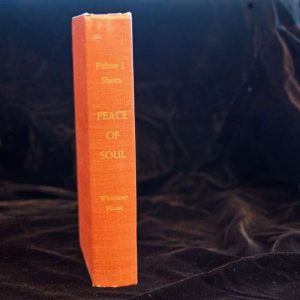 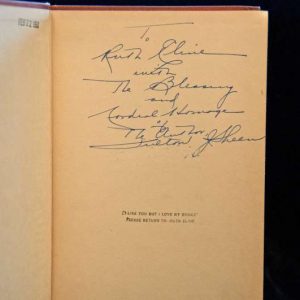 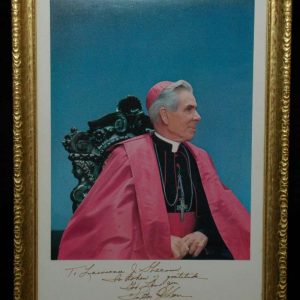 A Word about the Letter Written by Bishop Sheen to Professor Ellis (Above),  A Translation of His Coat of Arms on the Program for His Installation as Bishop (Above),  & The Two Tickets to a Lecture (Above):

This is a very gracious response to a university professor who has requested an article for a publication. In the correspondence, Bishop Sheen declines the invitation, because he is so busy with preparations for the II Vatican Council as well as with his many other projects. Here is the text of the letter:

My dear Professor Ellis:
You have honored me by your kind invitation to
contribute an article to the December issue of the Teachers College Journal.

The Coat of Arms Motto, Da Per Matrem Me Venire, on the Program for His Installation as Bishop:

Grant that I may come (to You) through the mother (Mary)

Two Tickets to the Lecture, The Signs of Our Times, in 1946 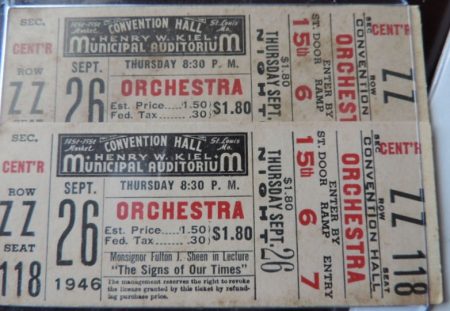 The lecture was held in St. Louis at the Kiel Auditorium on September 26th.  Please note the you tube included here that is an audio presentation of that topic.

Fulton Sheen always believed the source of his strength were the hours of intimacy he spent with the Lord, an hour daily before the Blessed Sacrament, which he never once missed from the day of his ordination. In 2002, Sheen’s Cause for Canonization as a saint was officially opened. As a result, he is now referred to as a Servant of God.