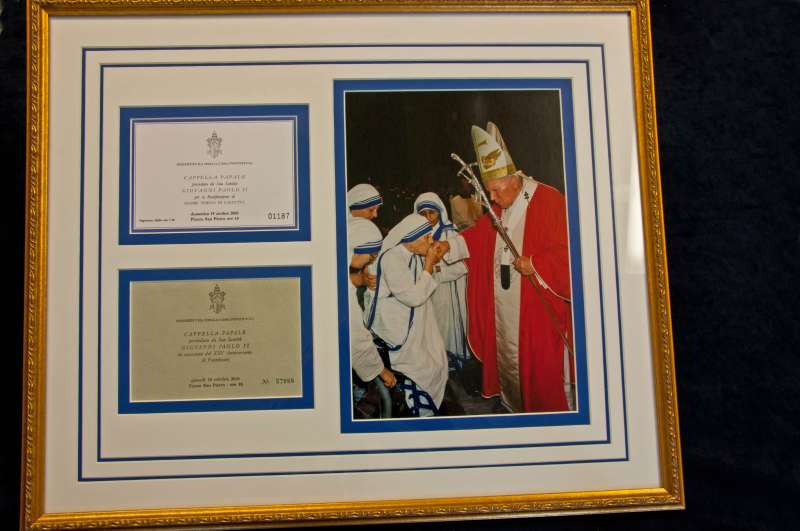 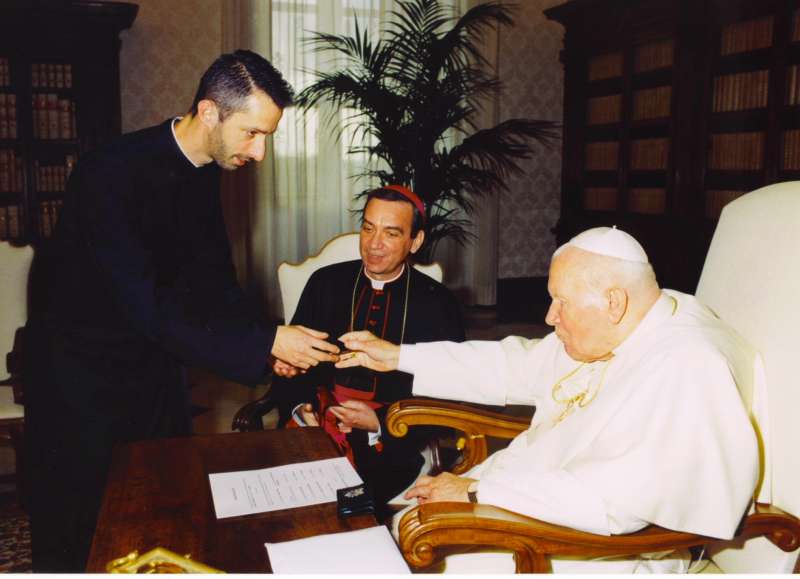 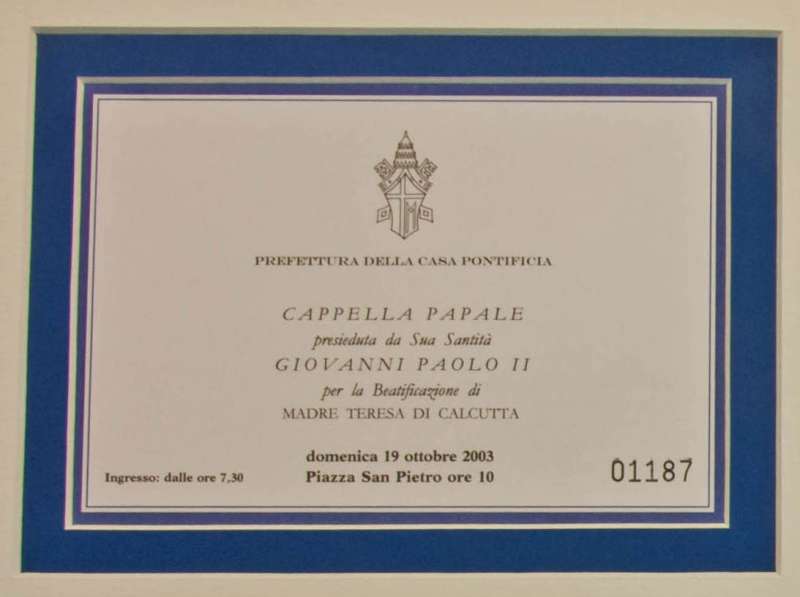 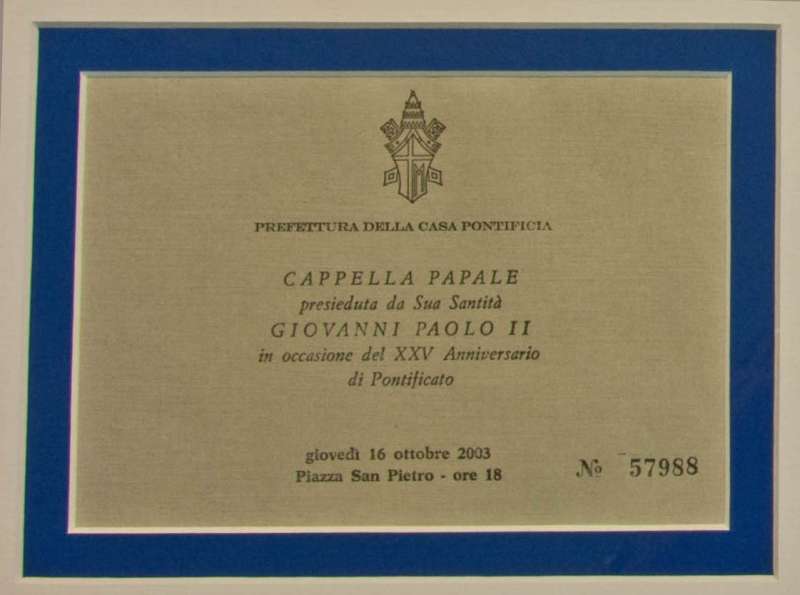 The Papal Artifacts’ Expert had the privilege of several private audiences with Pope John Paul II beginning within days of being ordained in 1998. On one occasion, he was even able to introduce his parents to the Pope.

Many of these stories are told on this web site and on the EWTN video provided on the home page. Others have been featured in the EWTN production, The Papacy: A Living History, the Papal Artifacts’ Collection of Father Richard Kunst.

This item features the ticket issued to Father Kunst for Pope John Paul’s 25th anniversary Mass and celebration in Rome. The other ticket is for the beatification Mass of Mother Teresa of Calcutta.

He subsequently had them framed with this beautiful photo of (now) Saint John Paul and Blessed Mother Teresa.