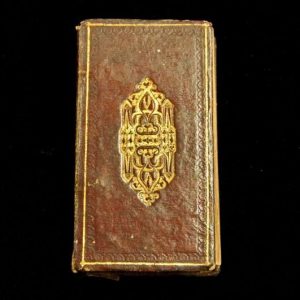 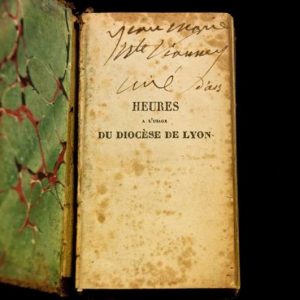 Father Kunst purchased this breviary at auction in France. The person owning it lived close to Ars, Jean Vianney’s home. Her great grandmother had recently died and this breviary was found among her belongings.

A note came with it from a mortician who said he had had it in his possession since 1918. No one knows its origin before that time.

Both during his lifetime and after his death it is known that people would steal his breviaries as relics, so we can appreciate that items belonging to him were taken. This breviary may have been one of those taken.

This volume is signed, Jean Marie Vianney, Cure d’Ars It is one of three items in the collection that are Father Kunst’s favorites.