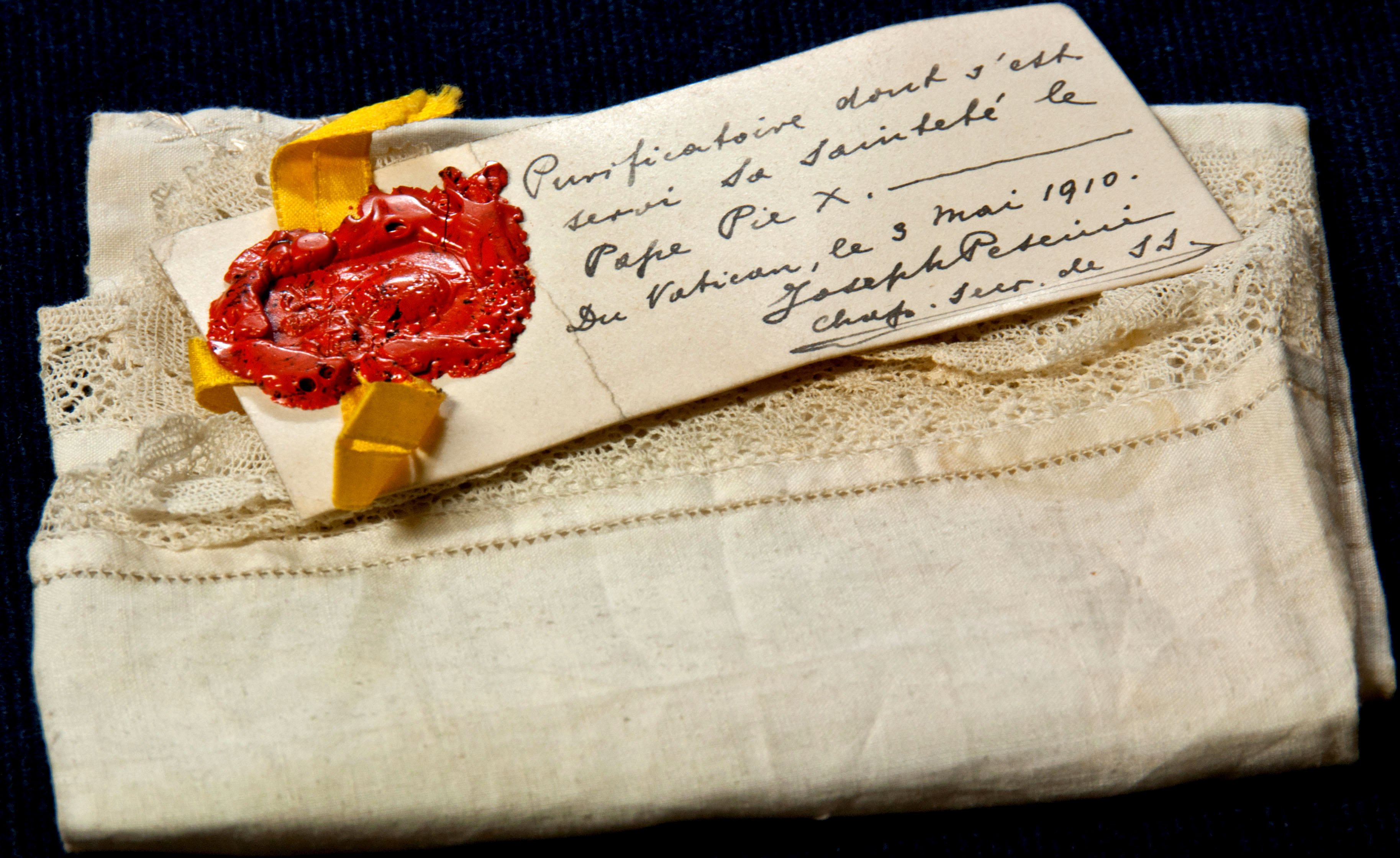 A Purificator is a white linen cloth which is used to wipe the chalice clean after the ablutions which follow Communion.  This purificator was used by Pope St. Pius X  in 1910.

On the document of authenticity, shown in the photo, the note reads that this purificator was used by Pope Pius X.  The note is signed on May 3, 1910.

Any item used by a saint is of great spiritual value.  This purificator is a 2nd class relic.

The word, relic, comes from the Latin reliquiae, meaning remains.  Relics are the actual remains or an object associated with a saint or martyr.  These remains or objects are esteemed and venerated in many religious traditions because of their association with the person.