This unusual  pair of  Italian sterling silver candlesticks are from the 19th century in the Papal States.

We know this because of the addition of the Maker’s Mark of  cross keys & tiara, the symbol of the papacy:

They are uniquely adorned, one  with an image of a youthful male face; the other, an aged one. 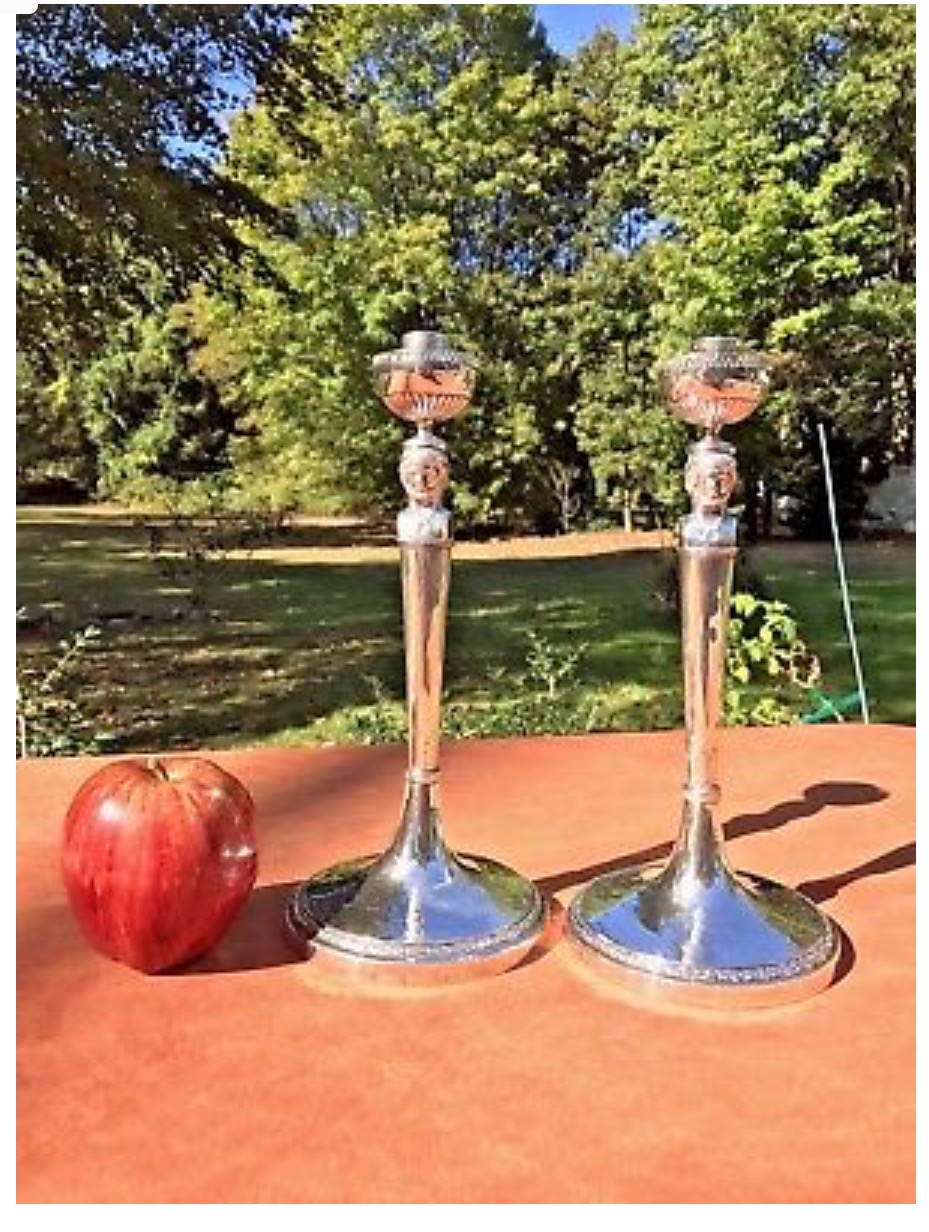 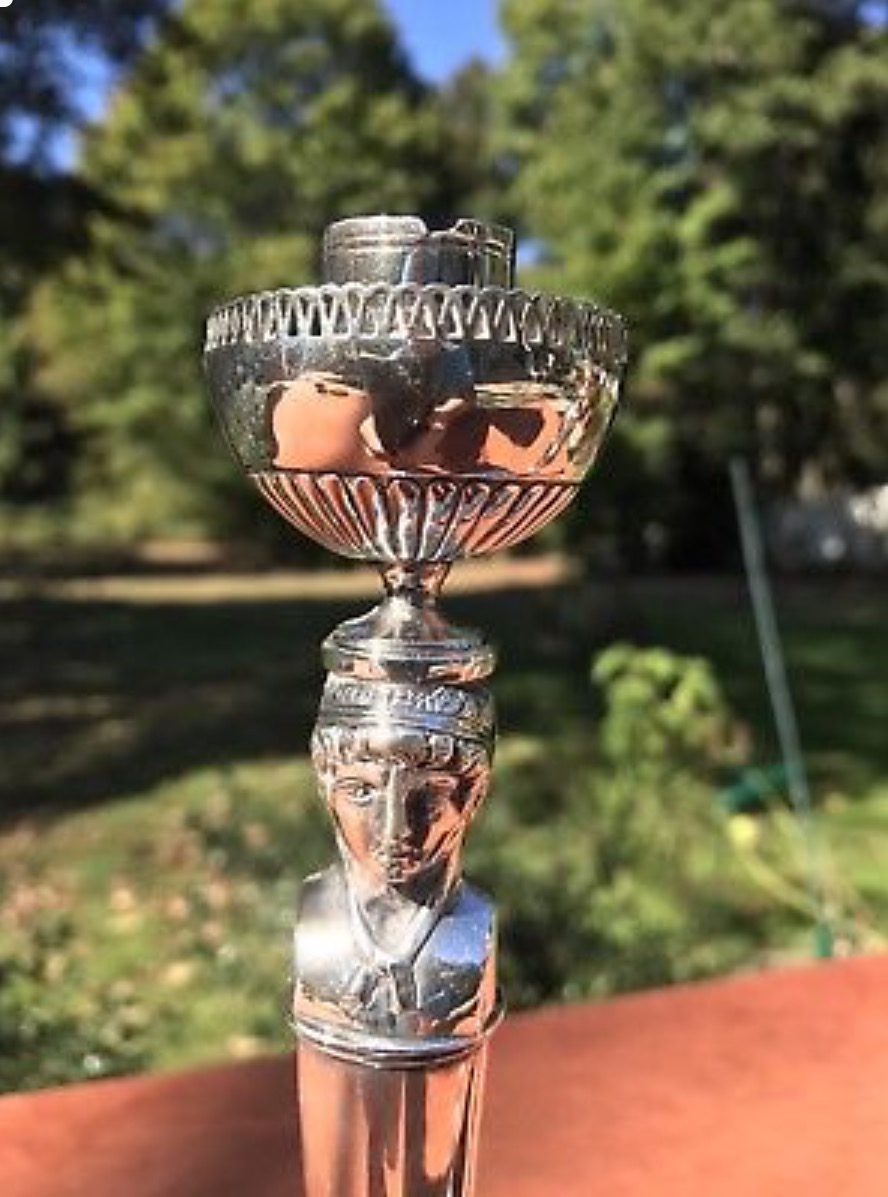 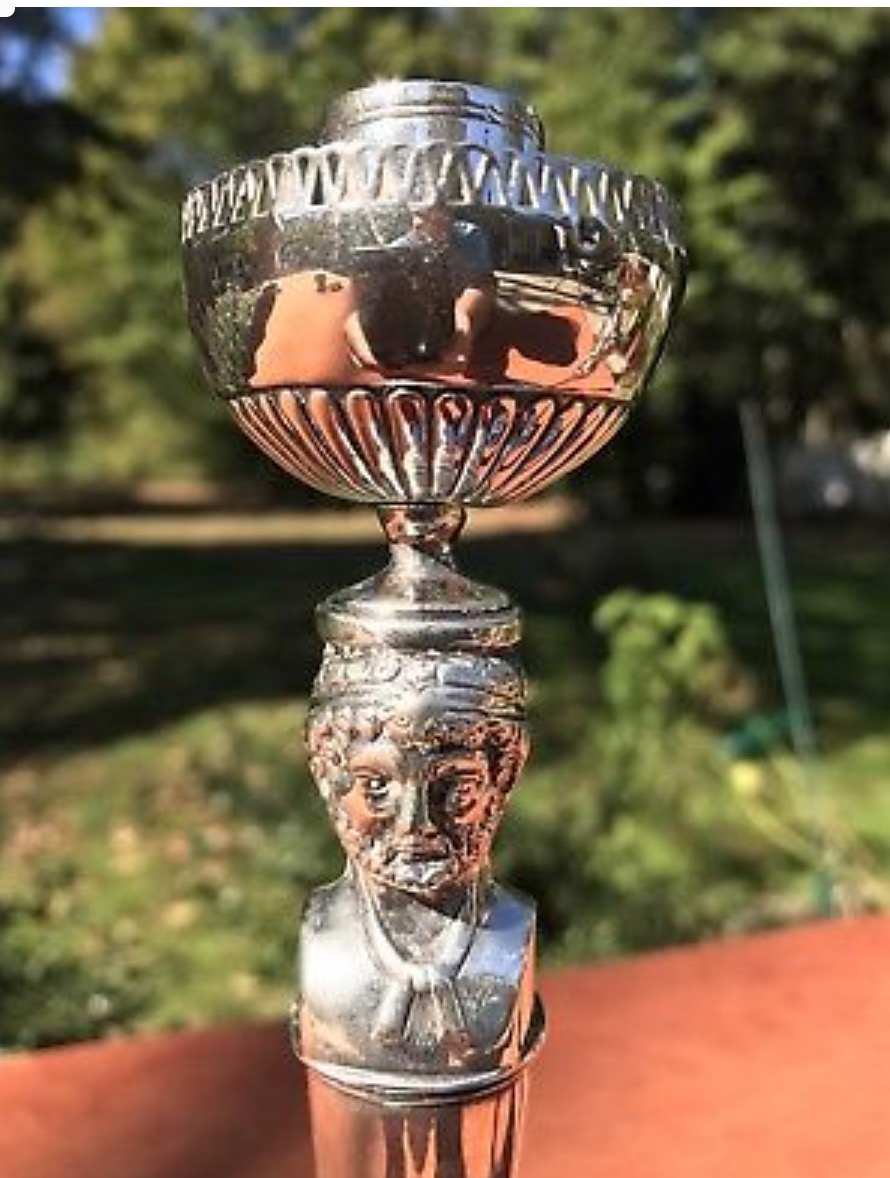 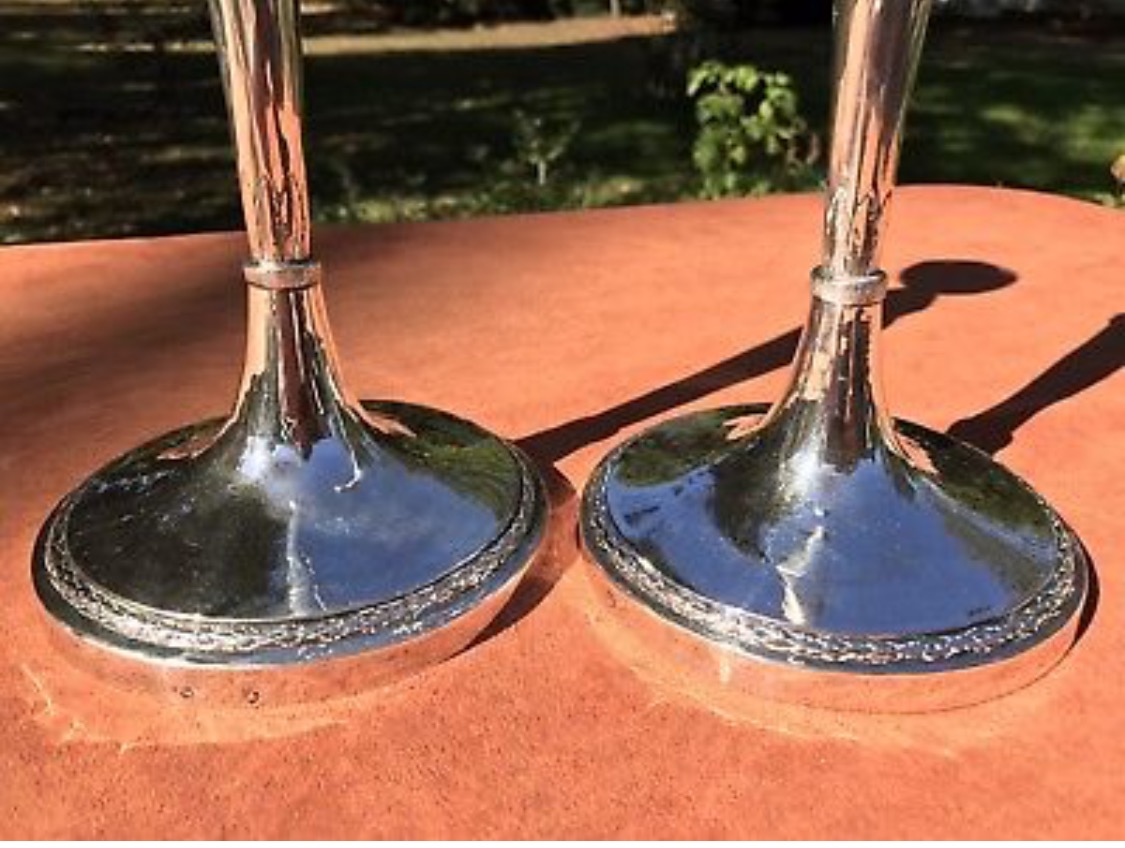 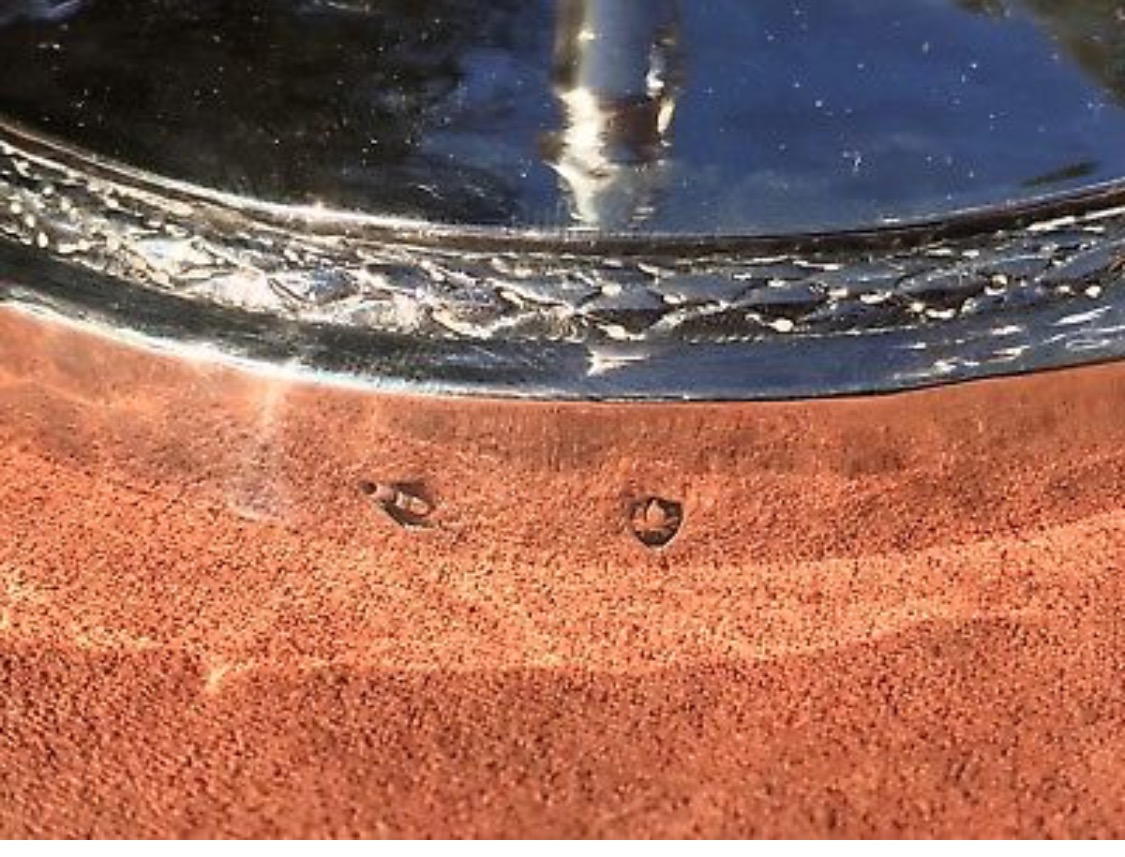 The close ups of the base of the candlesticks show the fine detail of workmanship on these items and, more importantly, the Maker’s Mark referred to above.

They are a unique addition to the Collection and in excellent condition.