Translation of the Artifact

Pieces of the cassock of the Holy Father Pius VII (worn at ) the coronation of the Emperor Napoleon at Notre Dame de Paris the 2nd of December 1804. Gift of Monsieur de la Biche de Reignefort. 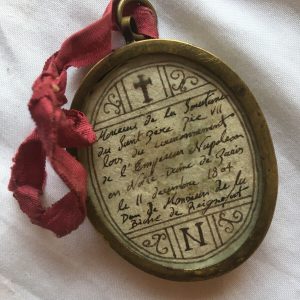 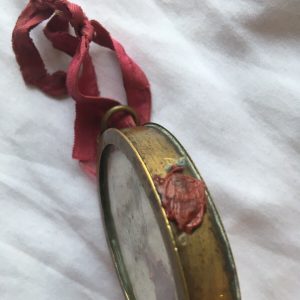 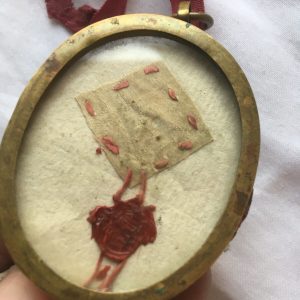 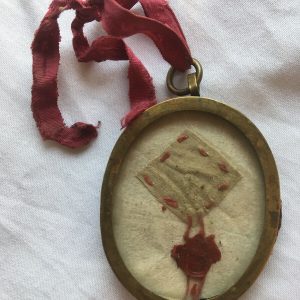 This is such an amazing piece because it is connected to such an historical event.

For various political and diplomatic reasons, against the advice of the curia, Pius VII agreed to attend Napoleon’s coronation in 1804 at the Cathedral of Notre Dame in Paris. Although invited to preside at the coronation, according to legend, Napoleon literally took the crown from the pope and crowned himself, relegating Pius VII to the role of an observer.  —Father Richard Kunst, Curator