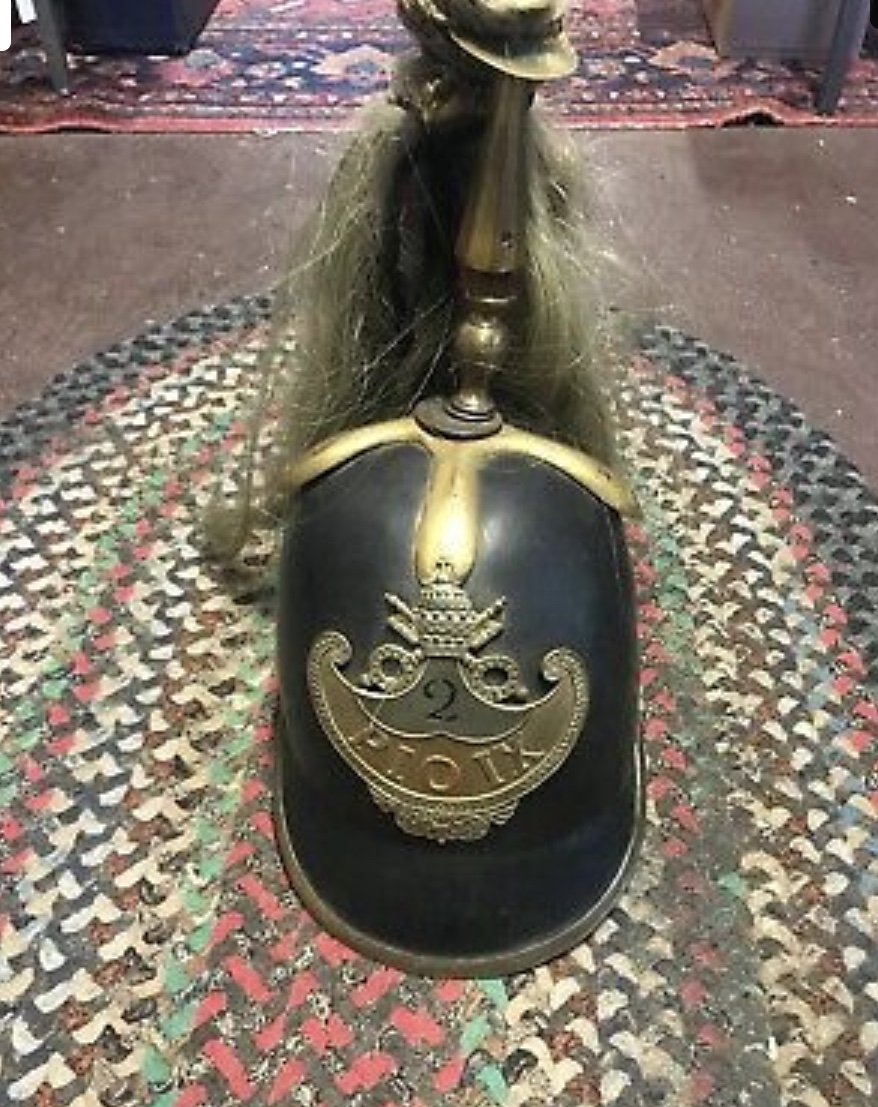 The item is a papal officer’s helmet used in the Papal States dating to the mid-19th century during the papacy of Pope Pius IX.

The skull is of blackened boiled leather trimmed with gilded brass metal parts and the papal cross keys & tiara with Pio IX’s inscription.

The top of the helmet includes a plume holder with a horsehair plume.

This type of helmet  was widely used by  European armies of that era of which the Vatican Papal States were a part.  It continued to be used  for parades and other ceremonial duties before the 1870 fall of the Papal States to the Kingdom of Italy. 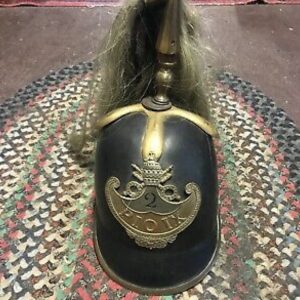 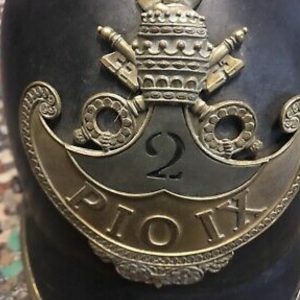 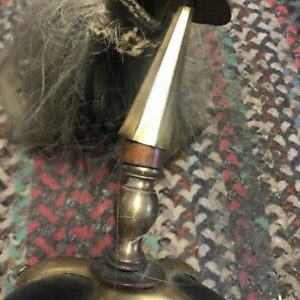 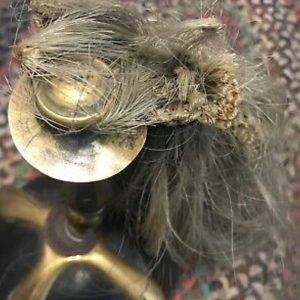 Pius IX: A Mid-19th Century Helmet of the Palatine Guard–Plume Holder–Close up 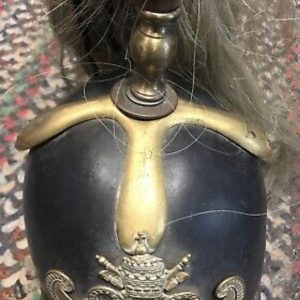 Pius IX: A Mid-19th Century Helmet of the Palatine Guard 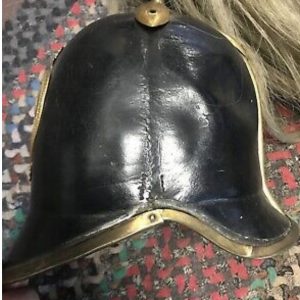 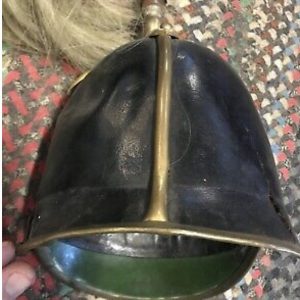