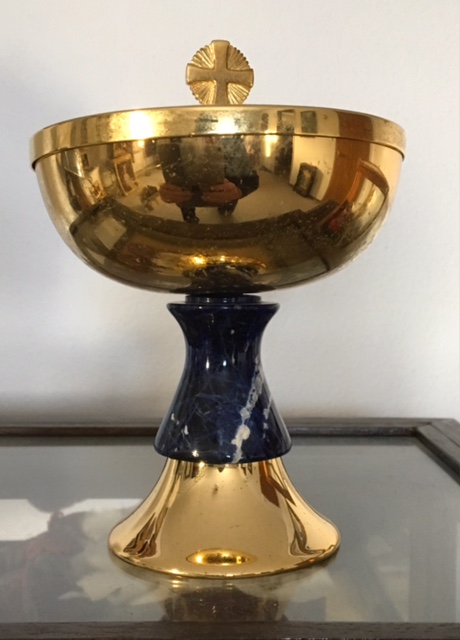 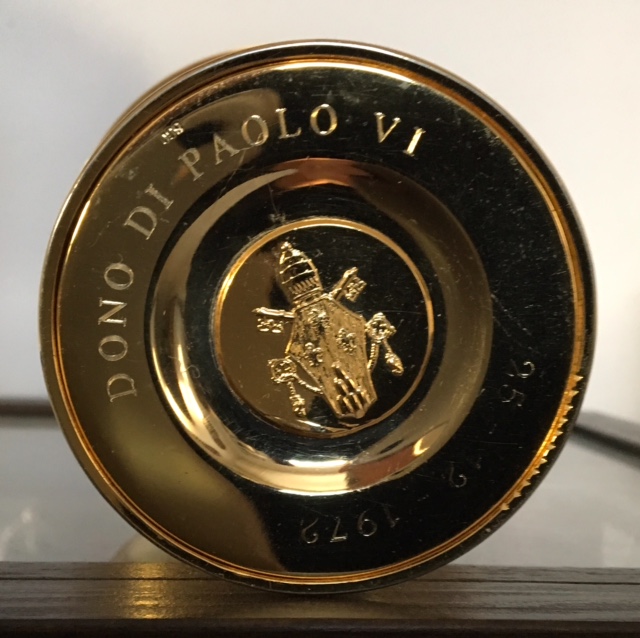 Pope Paul VI: A Ciborium from His Pontificate & Inscription & Coat of Arms

The base of the ciborium is trimmed in an ornamental gemstone known as sodalite, often used because of its rich royal blue color.  Many specimens are fluorescent in ultraviolet light.  Sodalite is a fragile mineral which gets its name from its sodium content.  Wonderful crystals, such as the ones visible in this ciborium, are found in these ornamental trims.

This particular ciborium  contains, on the bottom of the vessel, an inscription that denotes it was a gift from Pope  Paul VI, now Pope St. Paul VI.  At its center is his coat of arms. 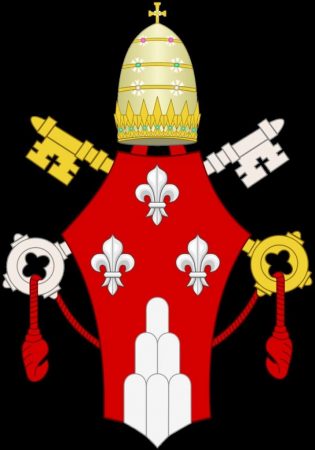