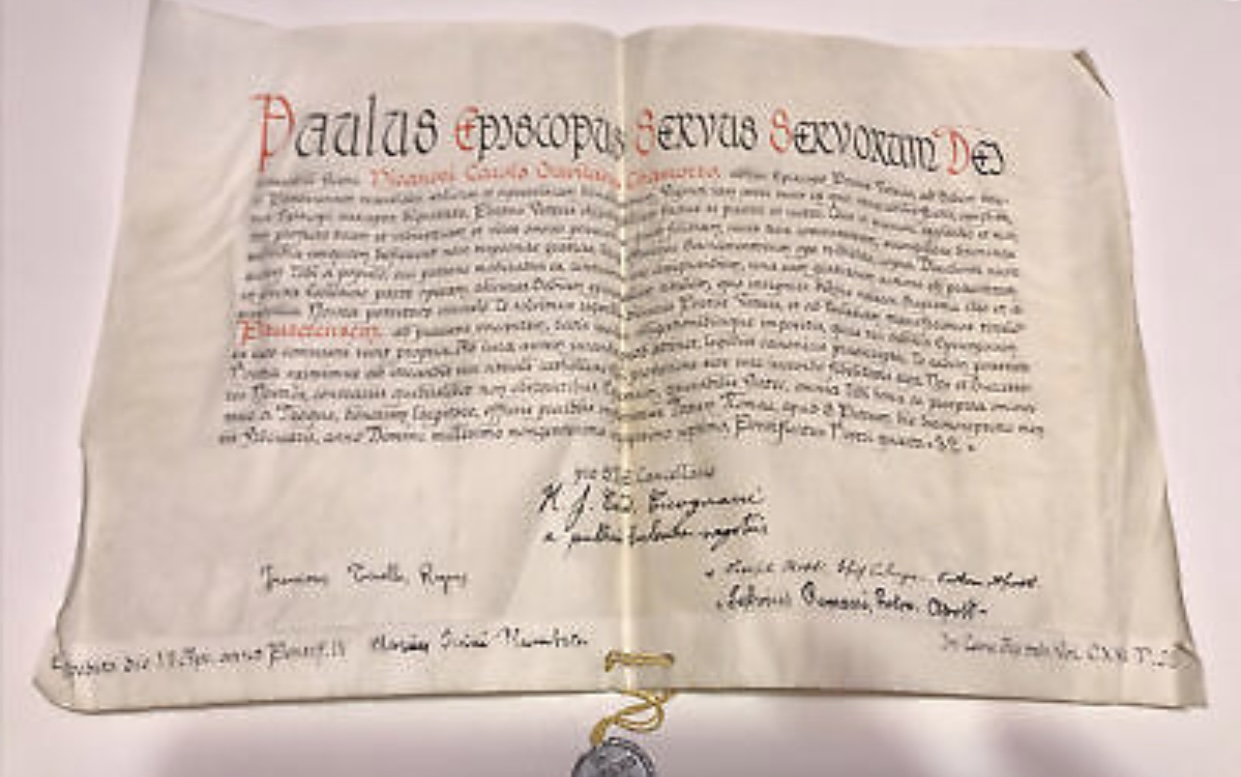 Bishop Nicanor Carlos Gavinales Chamorro was born on August 6, 1890 and died on August 11, 1976.  He was the Bishop Emeritus of Portoviejo (Porto Vecchio) Ecuador.

It is quite possible this papal bull honored the retirement of this bishop in 1967.  He would have been 76 years at that time.

This 1968 papal bull from Pope Paul VI, a canonized saint, is the most modern bull I now have in this Collection.  The fact that the bulla is attached makes it more valuable.

It was accompanied by two letters, one of which is  signed by Paul VI on his personal letterhead paper.  The other letter’s signature appears to be a copy.

The letters were written to his “Venerable Brother,” Bishop Nicanori Carolo Gavinales Chamorro.

I believe it is concerning the retirement of this bishop, but I do not have a translation of the Bull or the letters.

The fact that the first letter was signed on personal letterhead stationary by a future canonized saint makes this item a very valuable addition to this Collection.  This was in 1965.

The second letter, which is a copy, was written in 1968 after the Pope had accepted the Bishop’s resignation the year before.

The attached bulla has images of Saints Peter & Paul on the obverse side and the monogram of Pope Paul VI on the reverse side. Close ups include various signatures on this very formal document. 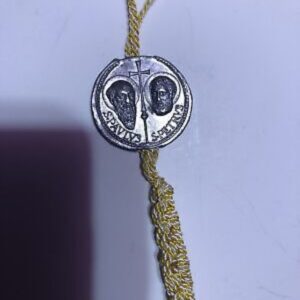 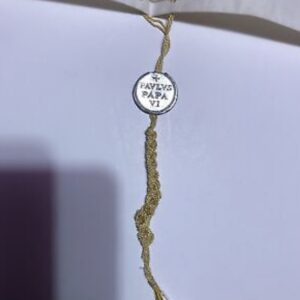 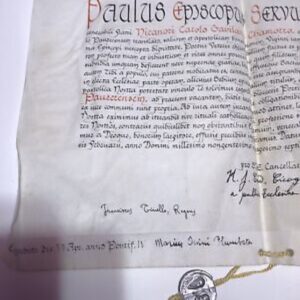 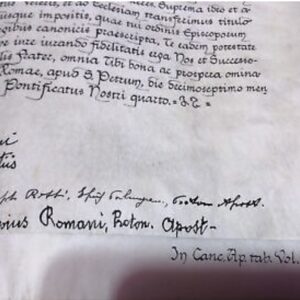 The Papal Bull included these two  letters, the first of which was signed by Pope Paul VI on letterhead paper, to his “Venerable Brother,” Bishop Nicanori Carolo Gavinales Chamorro.  The second letter appears to be a printed copy from Pope Paul VI to the same bishop. 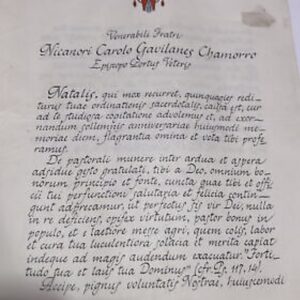 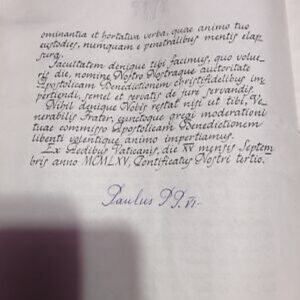 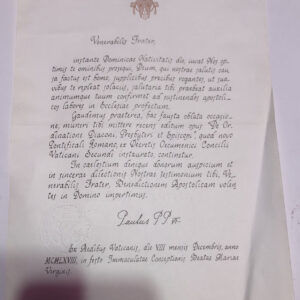 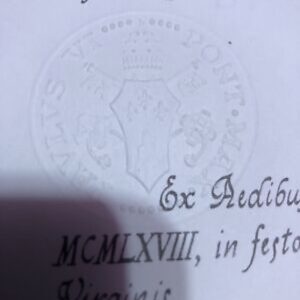 Pope Paul VI: 1968 Papal Bull, Accompanied by This Letter with His Papal Seal 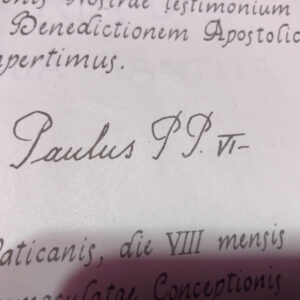 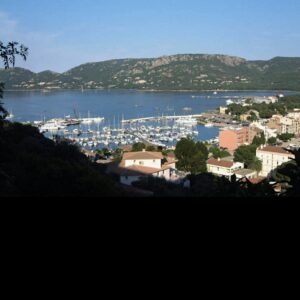 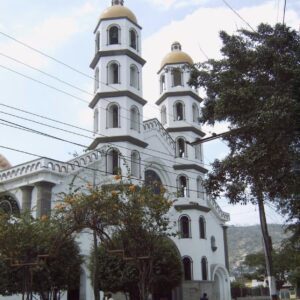 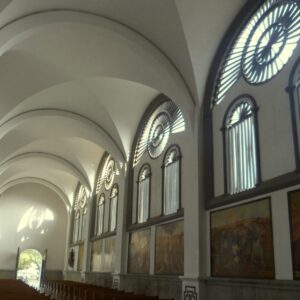