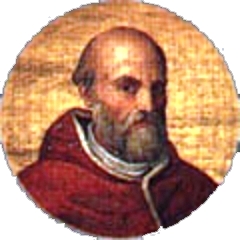 There are a few characters in whom the Renaissance spirit and the Christian spirit met in so harmonious a blending that in them the best spirit of the age seemed incarnate. St. Thomas More was one such. Pope Marcellus II was another.

Marcello Cervini was born May 6, 1501, of a noble family of Montepulciano. His father Ricciardo, a scientist, started Marcello on the path to knowledge. Marcello was a serious young man, yet so agreeable that he was liked everywhere. At Siena, where he continued his education, he was so respected that his presence was enough to cut off evil conversation. He completed his education at Rome, where he made such an impression on Clement VII that the Pope ordered Marcello to collaborate with his father on a book dealing with calendar reform. He helped his father not only on the book but on his estates. Marcello proved to be a practical farmer as well as a scholar, a conjunction not always found.

After his parents’ death he settled the family, then went to Rome where he served first in the papal chancery, then in the diplomatic corps. Cardinal Farnese, who had studied under Marcello and liked him, used him a great deal in affairs of state. His advancement was swift. Bishop of Nicastro and administrator of Reggio and later of Gubbio, he took great pains to reform those dioceses. Created cardinal in 1539, he served as legate at Trent, where he did valuable work on the decrees on scripture, tradition, and justification.

Marcello is remembered by scholars as one of the great directors of the Vatican Library. By his cataloguing, his acquisition of new manuscripts and his printing of old ones he contributed a great deal to scholarship. He was a friend to young writers and such scholars as Seripando, Sirleto, and Panvinio owed much to him.

Such then was the man the cardinals chose to succeed Julius III. His election on April 10, 1555, was hailed with joy, especially by those eager for reform. Marcellus II (he retained his own name) wasted no time. He cut down the display of the coronation. He rigidly refused to favor his relatives. He issued severe regulations for his household. He proclaimed his intention of resuming the Council of Trent. Men felt a golden age of the papacy was dawning; but the greater the hope, the greater the disappointment.

The long ceremonies of the coronation and Holy Week had so exhausted the delicate Pope that he fell into a fever. In spite of doctors’ orders he continued to work. Although the fever persisted, the doctors were not alarmed; but on May I, 1555, after a pontificate of only twenty-two days, Pope Marcellus died in his sleep. 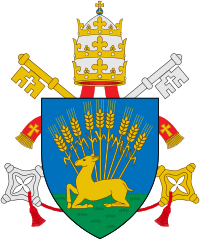 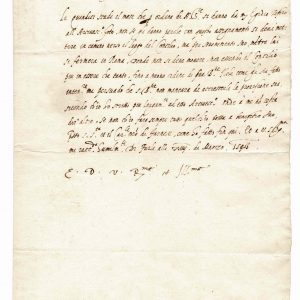 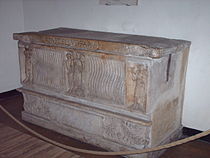 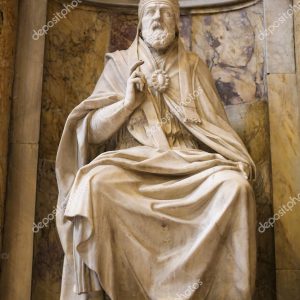