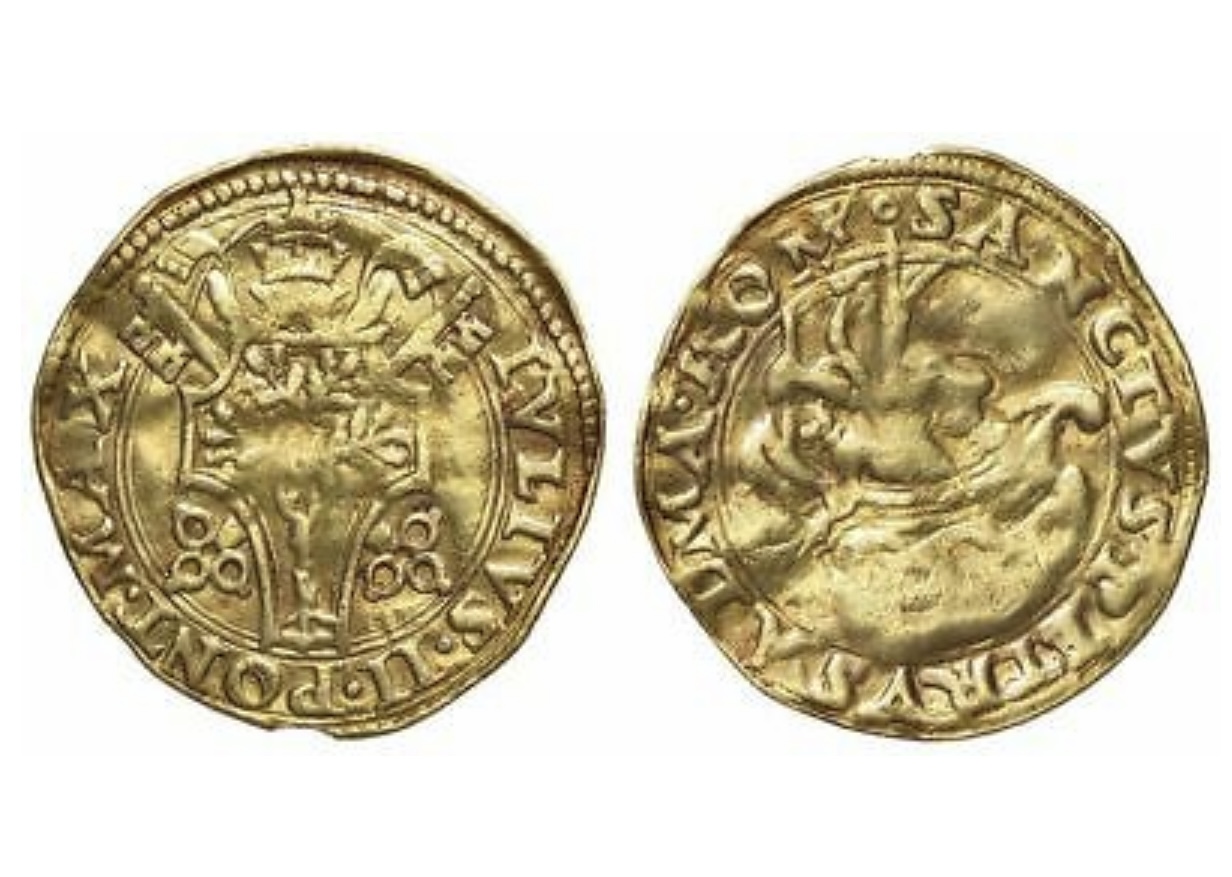 A fiorino is a monetary unit.

Di Camera was the central board of finance in the Papal administrative system, and at one time was of great importance in the government of the papal states of the Church, and in the administration of justice, led by the Camerlengo of the Holy Roman Church.

The fiorino  obverse image is the coat of arms of Pope Julius II, shown below.

The reverse image is the Barque of Peter.  The term refers to Peter, the first pope, who was a fisherman before becoming an apostle of Jesus.

The Pope is often said to be steering the Barque of St. Peter. 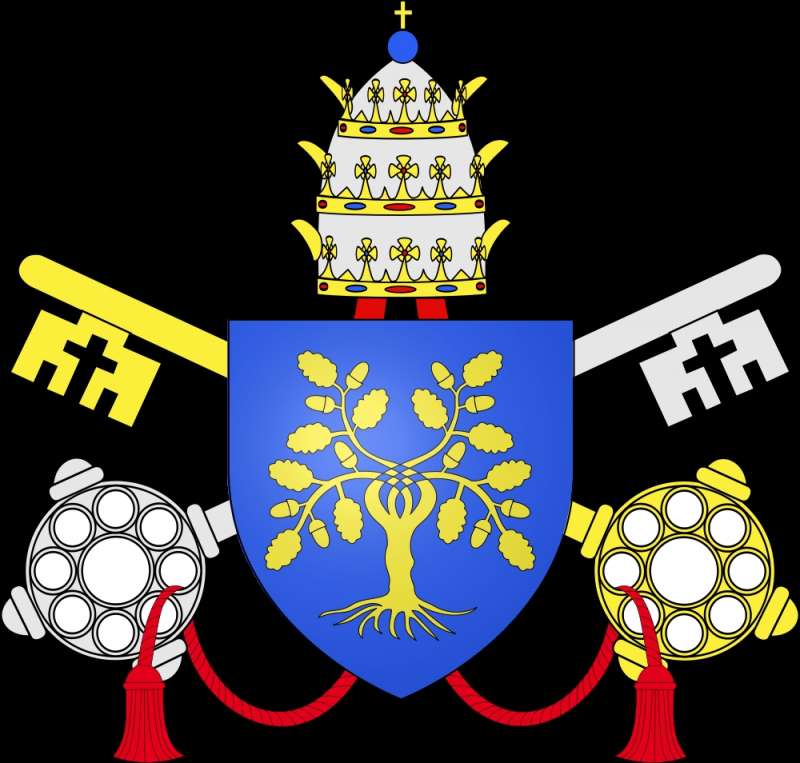