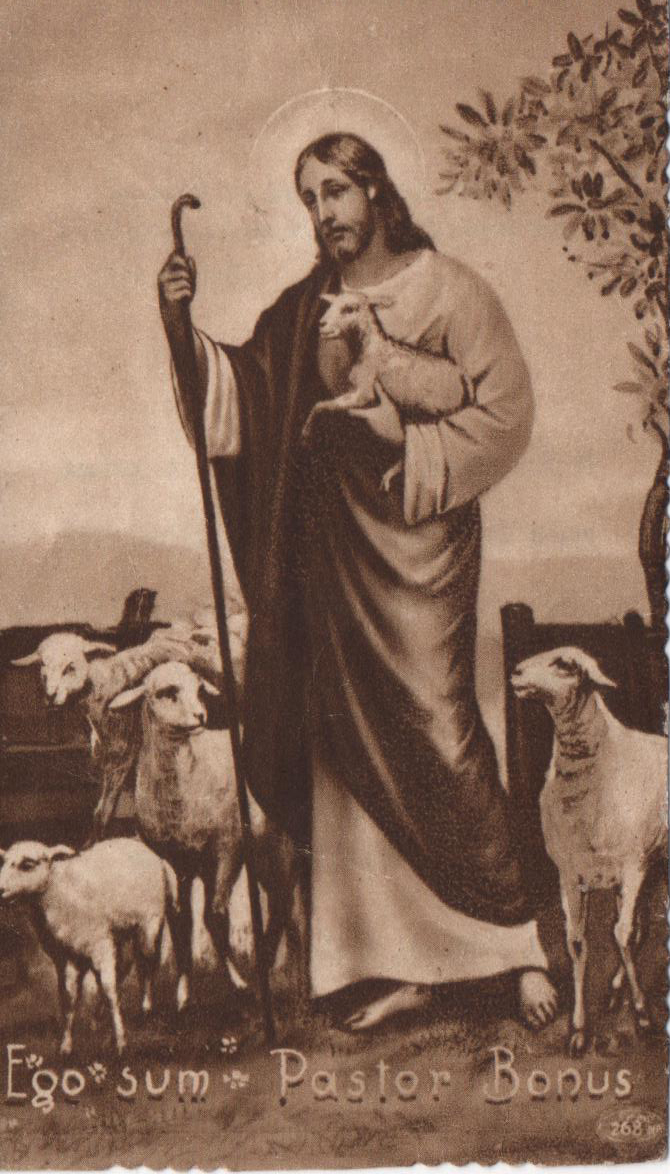 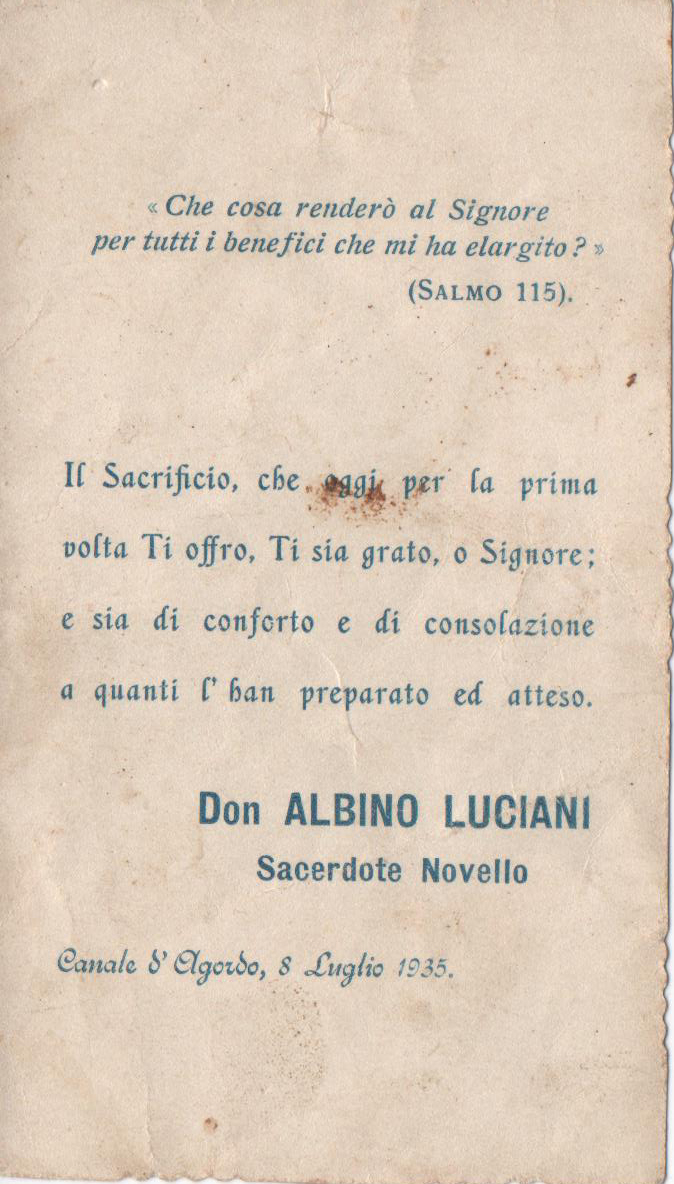 On the reverse side, is, first,  an excerpt from Psalm 115 and, second,  information about the offering of his first Mass, said in gratitude to God and for the consolation of all who attended it.

Papal Artifacts also has the ordination cards of Pope Benedict XVI and Saint John Paul II.  They are highly valued items given the significance of their meaning.