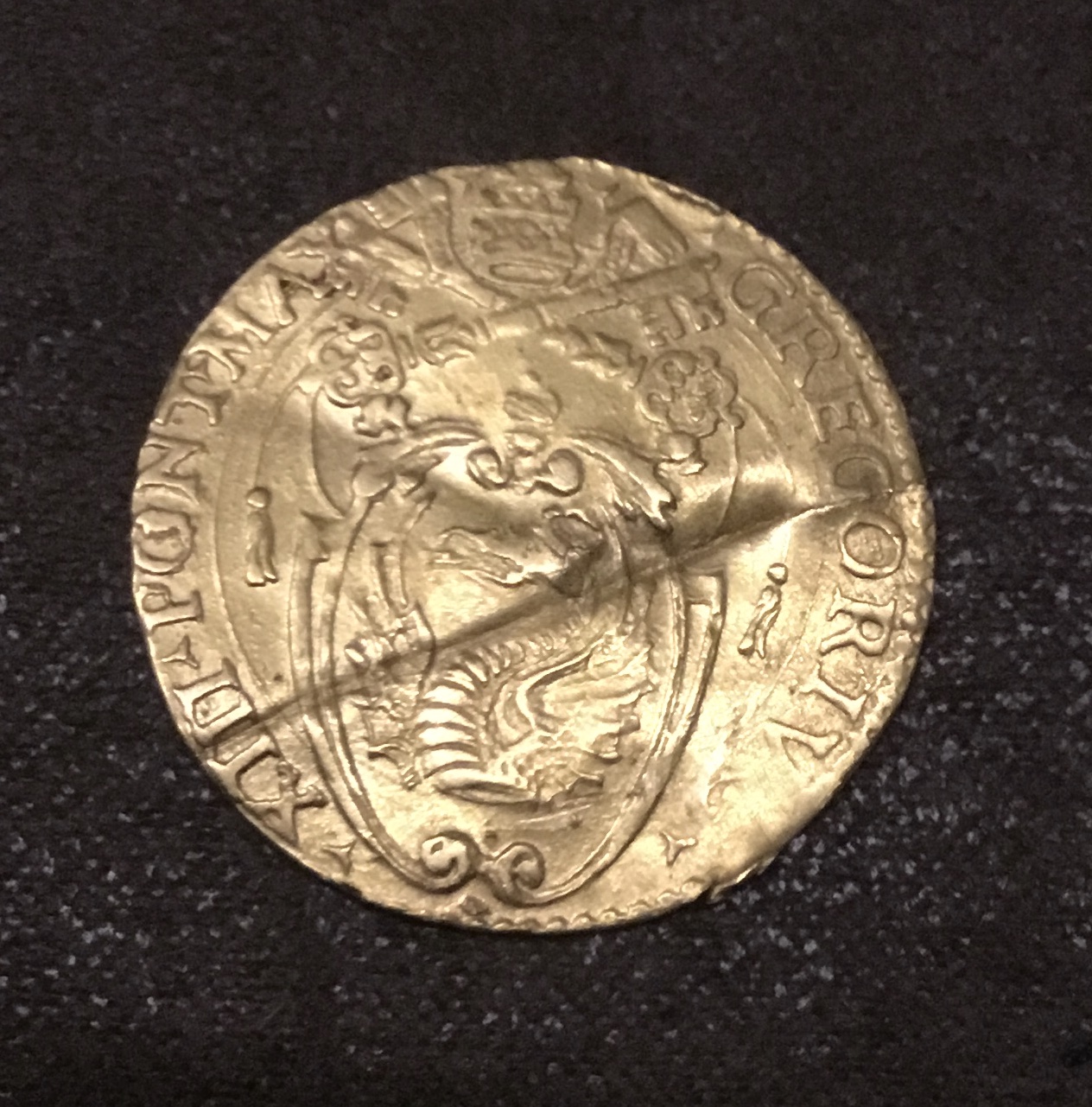 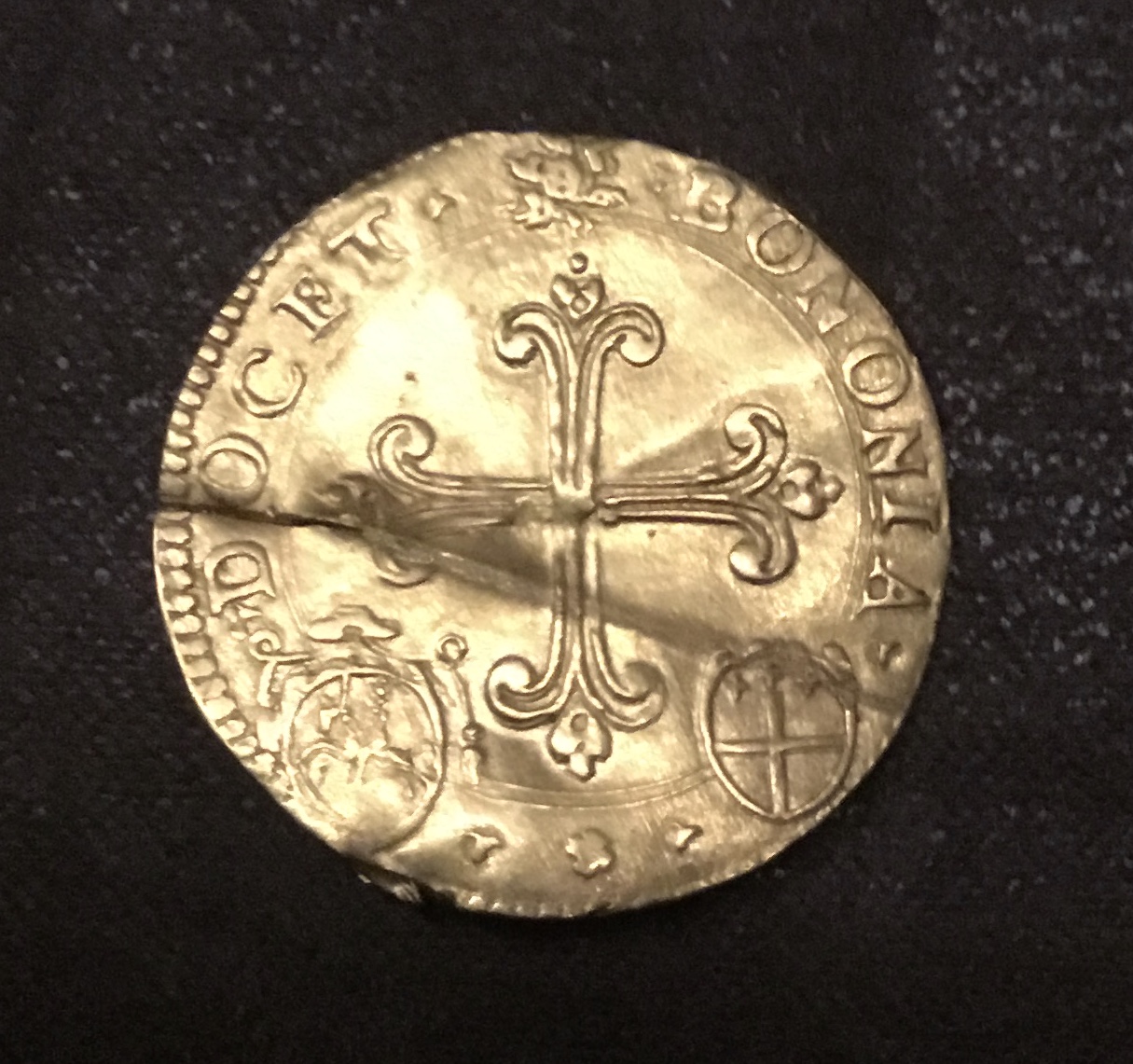 Pope Gregory XIII:  A Gold Scudo with His Coat of Arms

Vatican ducats were coined in the papal mint from the year 1432.  They were coins of Venetian origin that circulated with the florin, which was worth 6 shillings at that time.  In 1531 the florin was succeeded by the “scudo,”  a piece of French origin (écu) that remained the monetary unit of the Papal States. Pope Gregory XIII reigned from 1572 – 1585, the time frame corresponding to the minting of “scudos.”

This particular scudo bears the coat of arms of Pope Gregory XIII on the obverse side, with his name along the outside of the coin. The cross keys and tiara, symbol of the papacy, are shown above the coat of arms.

The reverse side of the coin features a cross in the center and the words, “Docet Bononia.”  Translated the words are, “Teaches” & “Bologna.

Interestingly, Pope Gregory XIII  was born in Bologna and  educated at the University of Bologna, earning a doctorate in law. For the next eight years he remained there as a law professor.

It is a very beautifully crafted gold coin and a great addition to this Collection.