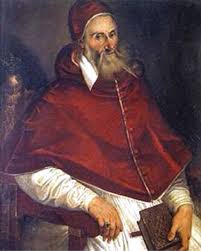 Pope Gregory VIII was the 173rd pope in the Catholic Church and one of many men to use the Gregory name as opposed to their given names. Many remember him for his support of the Third Crusade and for his short papacy, which lasted for less than two months. That short papacy and his life are features we’ll look at in this article.

The future Pope Gregory VIII was born circa 1100 Ad in Benevento. He grew up in the Papal States and attended church from an early age. The pope’s father was a nobleman and a member of the wealthy di Morra family. His father gave him the name Alberto and encouraged him to become a monk. Alberto originally worked in Monte Cassino and spent some time in Laon. When he was in his 20s, Alberto became ordained in the Premonstratensian order. They believed in preaching to others to spread the word of the Church. Alberto developed an early belief that anyone who denied the pope was also denying God.

Alberto would hold many roles in the Church before becoming the pope. When he was in his early 50s, he became a cardinal-deacon under the order of Pope Adrian IV. He then moved to Lucina and became a cardinal priest with control over San Lorenzo. Pope Alexander III then selected Alberto as a papal legate and sent him to several regions and cities in Europe. The pope asked him to talk about canon law and make sure that followers understood those laws. During his later years, Alberto also helped establish a church in his hometown that included a monastery for monks.

Pope Urban III was in his late 60s when he suddenly died and left the papacy vacant. The bishops nominated Alberto as the next pope despite his advanced age. Though his papacy began on October 21, 1887, the Church did not consecrate him until four days later. He quickly worked with the Holy Roman Emperor to improve the relations between the Church and the empire.

As the new pope, Gregory VIII released a papal bull that encouraged followers to participate in the Third Crusade. He believed that this crusade must happen after the Battle of Hattin. The pope traveled to Pisa to find others willing to work with the Church. He hoped that he could end the feud between those living in Genoa and Pisa and that they would fight together. Gregory VIII also made time to stop by Lucca near Tuscany where the body of Antipope Victor IV laid. Victor IV used the name of a previous antipope and ruled from 1159 to 1164. The pope ordered the destruction of the monastery that held his body.

While in Pisa, the pope suddenly and unexpectedly fell ill. Those with him claimed that he had a high fever and suffered from other symptoms that contributed to his death. Rather than return him to Rome, the Church had him buried in Piazza dei Miracoli, which was called Pizza del Duomo at the time. 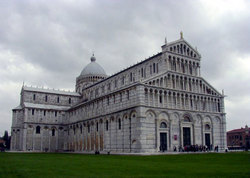