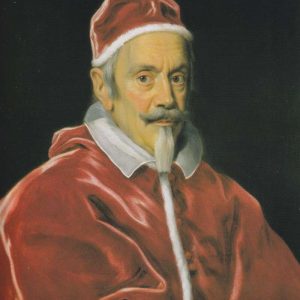 A month before his death, Clement IX made Altieri a cardinal. It is thought that this honor, coming so late in life to someone having such a distinguished career was because he may previously have waived his claim to the elevation in favor of an older brother who was also in service to the Church. Clement IX predicted that the seventy-nine year old Altieri would become the next pontiff. During the contentious conclave that dragged on for nearly five months, no candidate could win a majority of votes with Spain and France vetoing certain ones. Altieri was probably considered neutral and was finally elected in April of 1670.

He took the name of Clement X in honor of his benefactor, Clement IX. A humble and pragmatic man, he had tried to refuse the nomination due to his advanced age. His pleas were rejected. He would reign for nearly six years.

Clement decorated the bridge of Sant’ Angelo with the ten statues of angels in Carrara marble still to be seen there today. The two fountains, which adorn the Piazza of St. Peter’s church, are from Clement’s reign, and a monument has been erected there in his memory.  In the floor in front of the monument to Pope Clement X, under a simple tombstone, lie the remains of Pope Sixtus IV and Pope Julius II.

The Palazzo Altieri in central Rome was also refurbished during his reign. 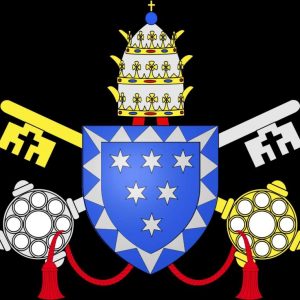 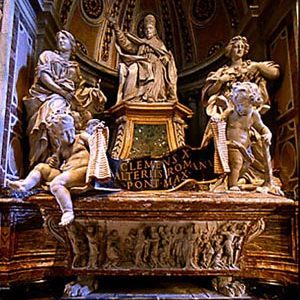