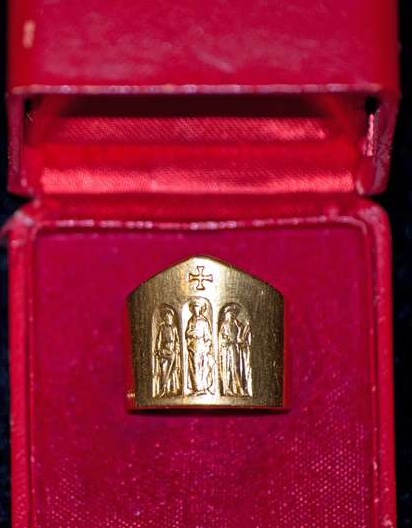 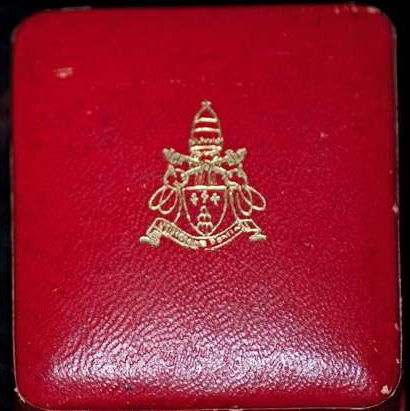 The following commentary is from the EWTN series, The Papacy: A Living History, The Papal Artifacts Collection of Father Richard Kunst. The pastoral ring was featured on the second episode of the series, Popes of the 20th Century.

This item is the pastoral ring that Pope Paul VI gave to each one of the bishops participating in the Second Vatican Council. Henrico Manfreni was the artist who actually designed it. He was a very famous artist who designed items from Pius XII up until John Paul II.

This is a gold ring with the images of Peter and Paul and Jesus on it. And every bishop that participated in the council was given one of these rings (over 2800 participants). What makes it so unique is that it’s in its original presentation case, which is quite nice.

The rings were given at the end of the council, which was December 8, 1965.