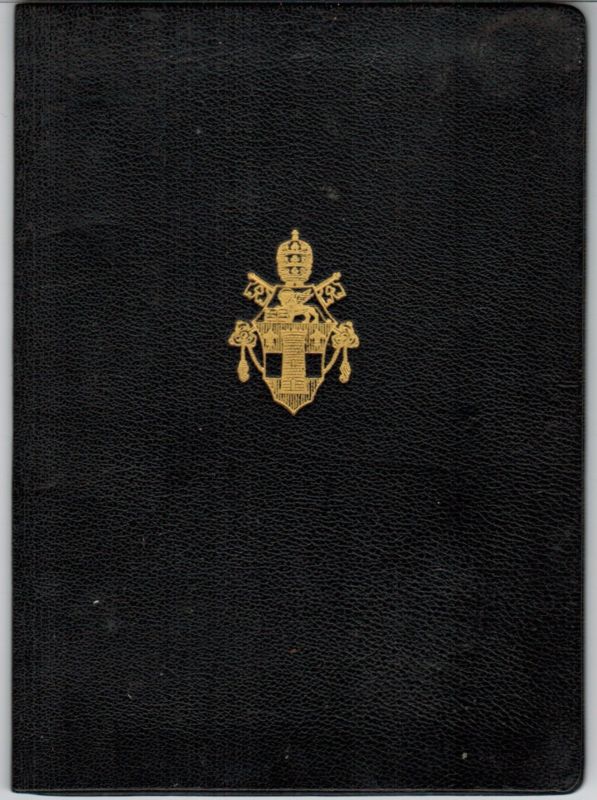 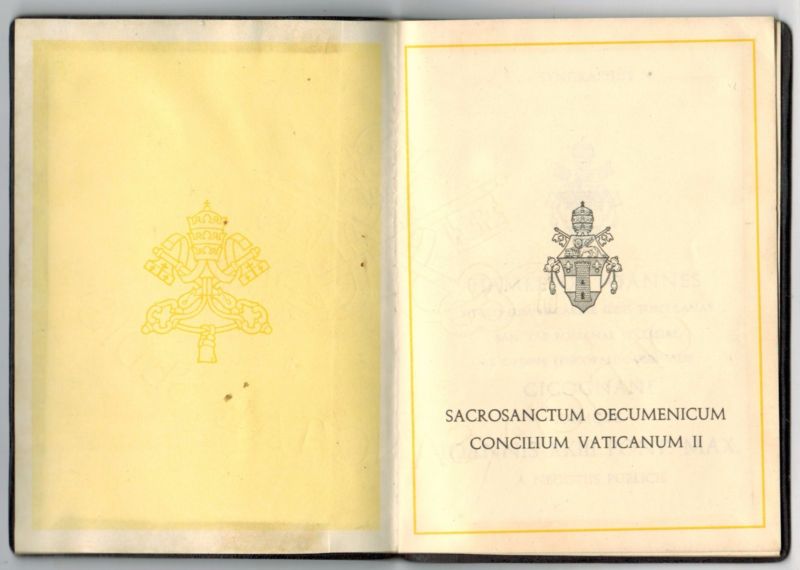 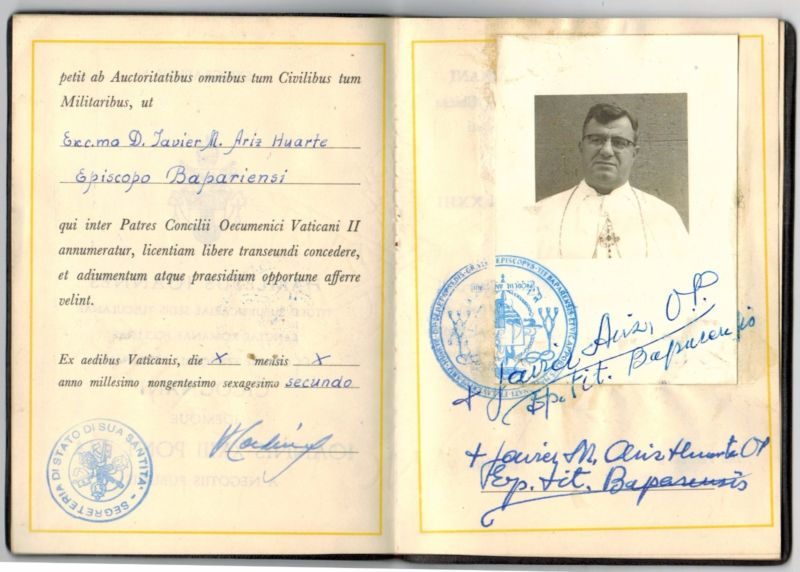 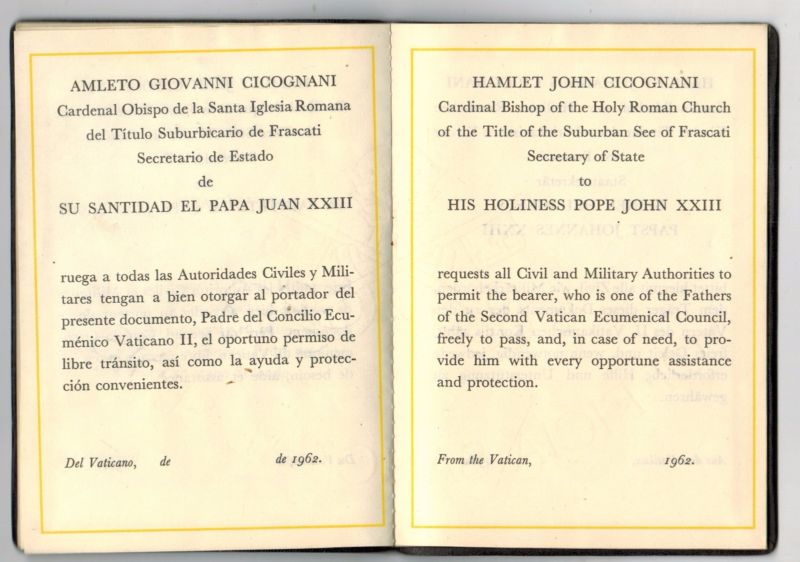 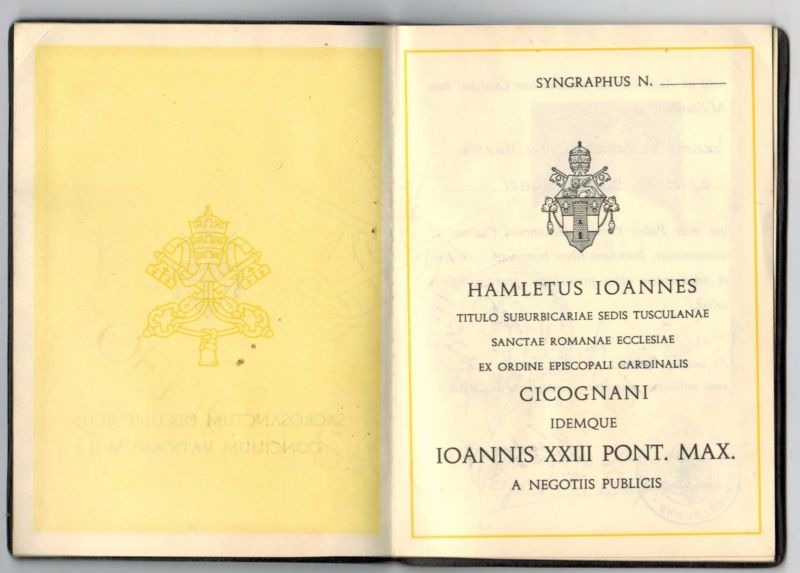 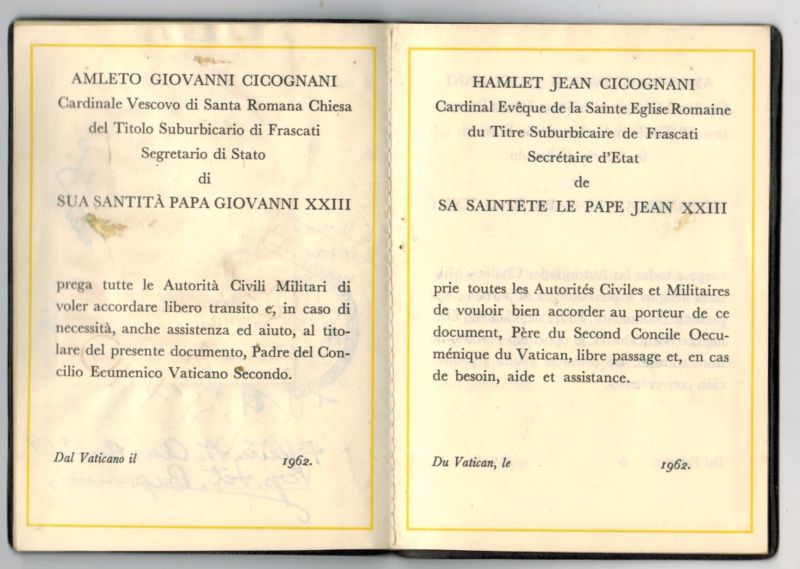 This item is an example of the passports that the Vatican issued to all 2800 bishops participating in the Second Vatican Council. Imagine! We are talking about the 1960s while Communist governments were in the height of their power. And so the Vatican wanted to make sure it would secure the safety of all the bishops throughout the world. Many of them were traveling from Communist countries as well as other countries that maybe had political situations that were less stable. This passport was actually issued to a bishop from  to ensure that he would have as safe travel as the Holy See as a State could grant.

These bishops from all over the world, from all nations, came together during that time. Their passports have several pages, and each of the pages say the same thing but in many different languages and in English.  For example,

And another thing that is interesting about this item is the coat of arms on the cover of the passport.  It is that of Pope (now Saint)  John XXIII who opened the Council. He died after the first Session.

Also, John XXIII was elected to be a ‘transitional pope’, supposedly, because he was an older man. After a long pontificate, like Pius XII, who was Pope for 19 years, they thought they’d elected a transitional Pope. Instead, he was the Pope who called the Second Vatican Council.  And it was Paul VI who ensured it continued.  —Father Richard Kunst, Curator

This is the actual passport issued to Bishop Javier Miguel Ariz Huarte, O.P.   At the time of the II Vatican Council, he was Bishop of Bapara in Peru.

The Collection has the only three Vatican issued passports Father Kunst has ever seen.