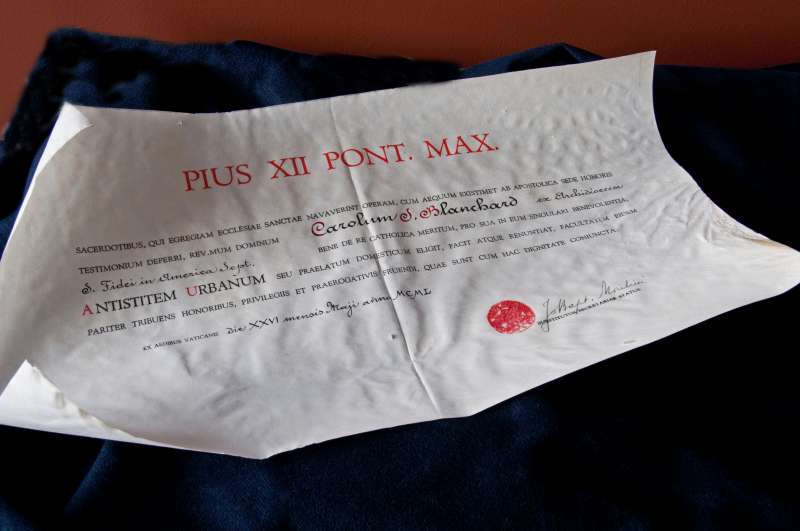 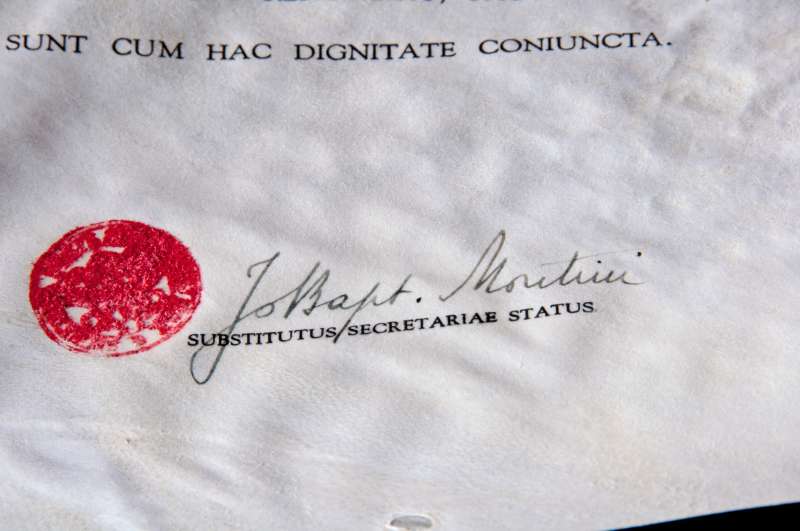 Monsignor Giovanni Montini, the future Pope Paul VI, signed the papal honor, a gift from Pope Pius XII. He signed the document on May 26, 1950, as the sostituto.

The sostituto was the equivalent to a chief of staff, in this case, of Internal Affairs in the office of Secretary of State. Pius XII had dissolved the office of Secretary of State upon the death of Cardinal Luigi Maglione in 1944. He then appointed Monsignors Domenico Tardini and Giovanni Montini to head the department, splitting the tasks between the foreign section and the internal section.