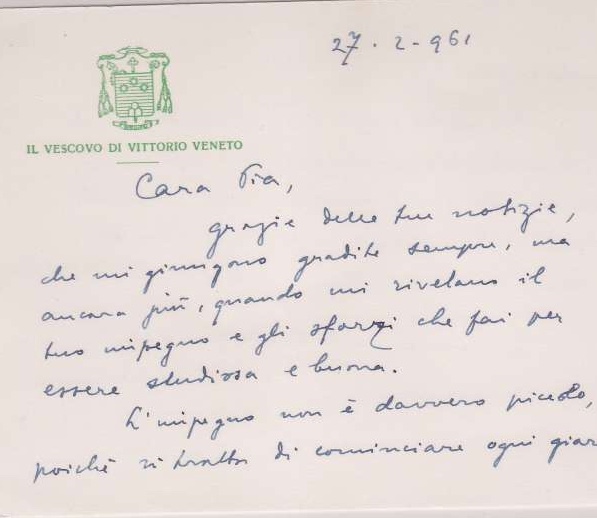 Notecard Written on Both Sides to Albino Luciani's Niece 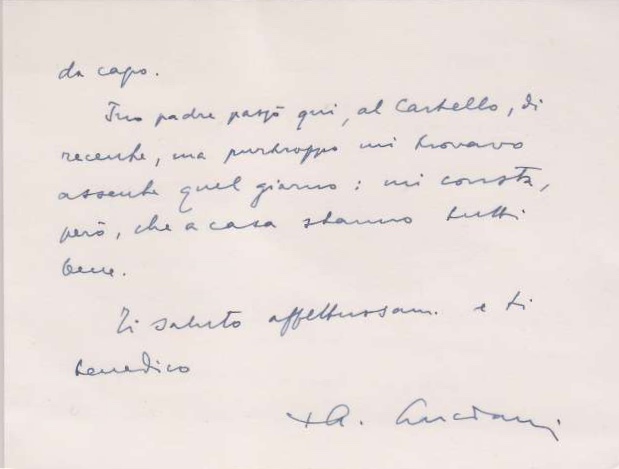 The notecard is dated 1961 and is written on both sides. It says:

Dear Pia, Thank you for your news. I’m always very happy when I receive them, especially when they reveal to me your commitment and your effort to be studious and a good girl. The commitment is not very little because it needs to begin again every day. Your Father came recently, here at the castle but unfortunately, I was away this day. However, as far as I know, all are fine at home. Love from me and blessings.
A.Luciani

This is an extremely rare item because John Paul I was not considered to be a strong papal candidate and was only pope for thirty-three days. People did not save items belonging to him. So finding things of his is actually quite rare, making this item very special.