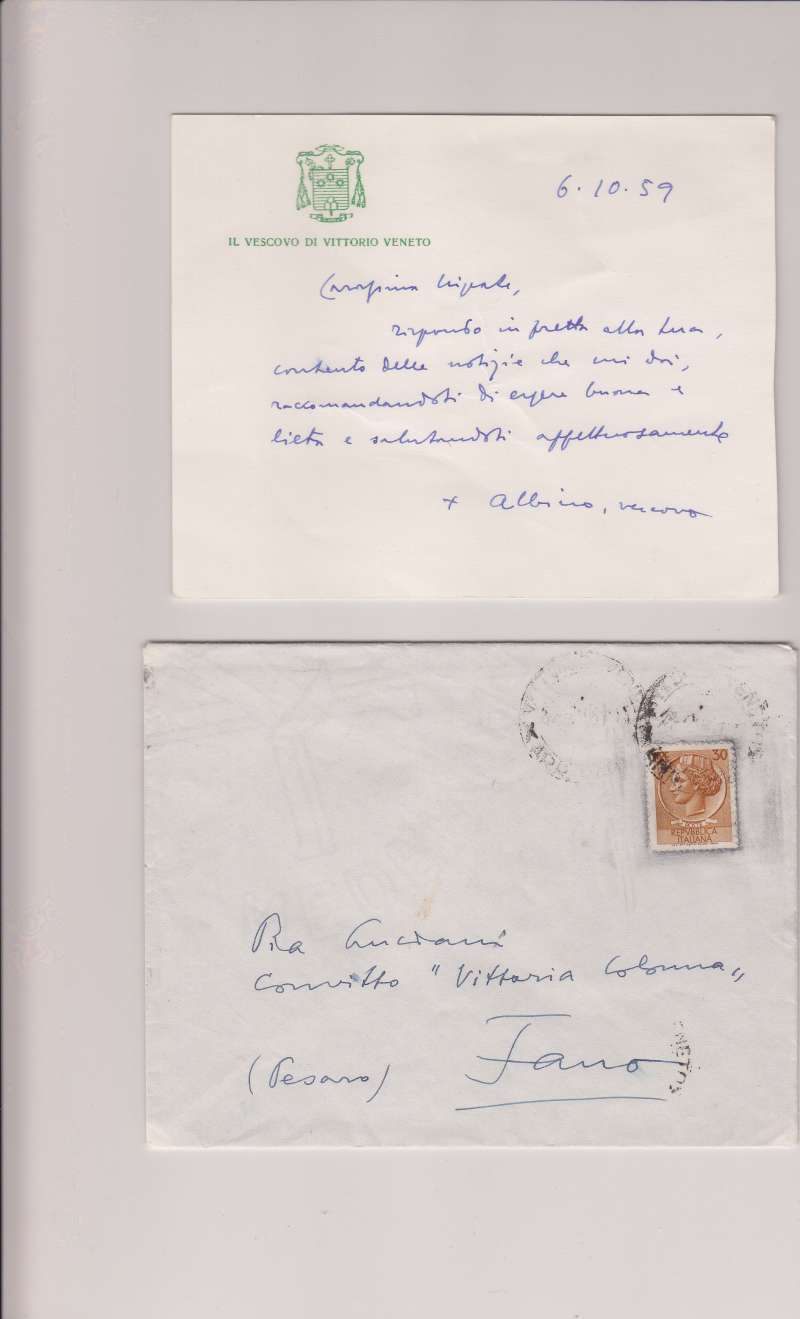 In 2001 Father Kunst and his father went to northern Italy, to an area called Belluno, where Pope John Paul I lived. They visited his family, in particular, his niece, Pia Luciani, and his brother Eduardo, and his sister-in-law. They spent the day with them visiting the home where the Pope was born. They were very hospitable and generous people who were happy to show Father Kunst the areas of Pope John Paul’s childhood.

Father Kunst formed a great bond with them but then lost contact. Very recently, in 2010, he reconnected with Pia Luciani. She fondly remembered their visit. Recognizing his affection for her uncle, she sent a gift, a note card on her uncle’s original letterhead, as well as the envelope, from when he was a very young bishop in Vittorio Veneto, Italy.

Dearest Niece, I answer hurriedly to your letter. I’m happy for the news you sent me. I’m exhorting you to be very good and glad and I’m greeting you lovingly. Albino, Bishop