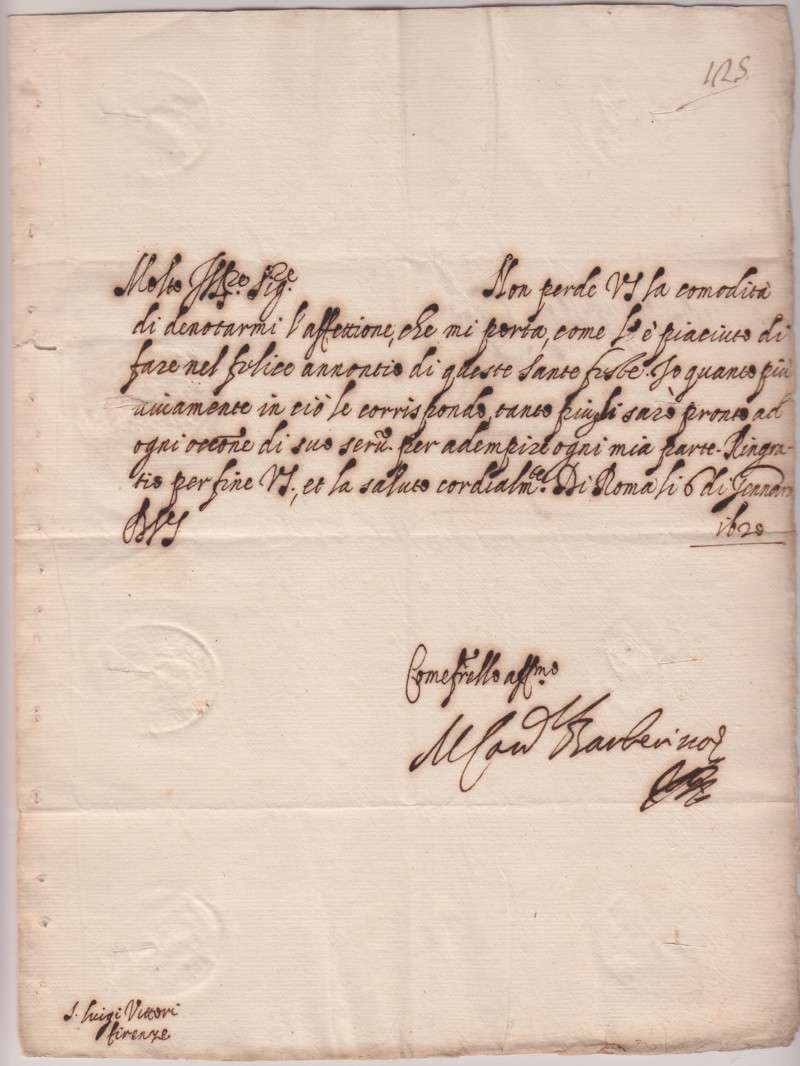 This letter, dated 1620, is signed as Cardinal.

The letter has a substantial amount of value and rarity because of Pope Urban’s contributions.

Autographs of Pope Urban VIII have become very desirable because he beautified Rome, was significant in the building of St. Peter’s Basilica and commissioned Bernini as the architect.